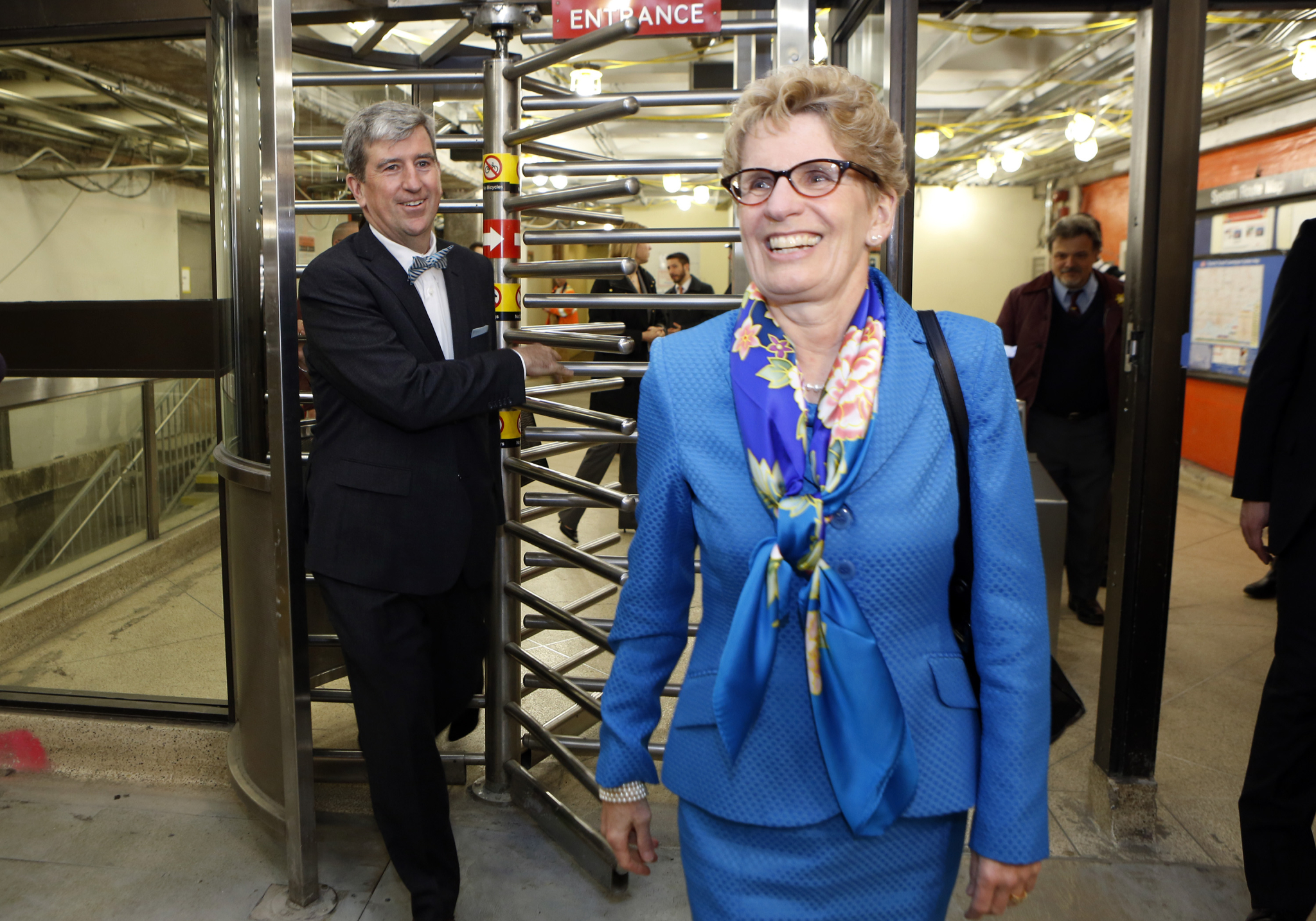 Ontario Premier Kathleen Wynne has made a pitch for the premiers and prime minister to work together for the good of the Canadian economy at climate change talks in Vancouver.

Speaking before the opening plenary session of the Globe clean tech conference in Vancouver, Wynne said the clean economy is about creating jobs and the provinces and federal government can capitalize on creating prosperity if they can find a way to work together.

Prime Minister Justin Trudeau has already indicated he will sing the gospel of environmental innovation and the investment and job opportunities that come with it.

Trudeau will also commit some $150 million to two new clean tech funds in an effort to spur faster industry growth.

It’s the optimistic and widely appealing upside of the global low−carbon transition that 195 countries signed on to in Paris at COP21, the United Nations climate conference in December.

But the difficult, fractious and immediate realities of that transition appear likely to intrude before Trudeau’s day is over.

Premiers from all 13 provinces and territories, along with indigenous leaders, are in Vancouver today and Thursday to begin hammering together a pan−Canada climate policy framework.