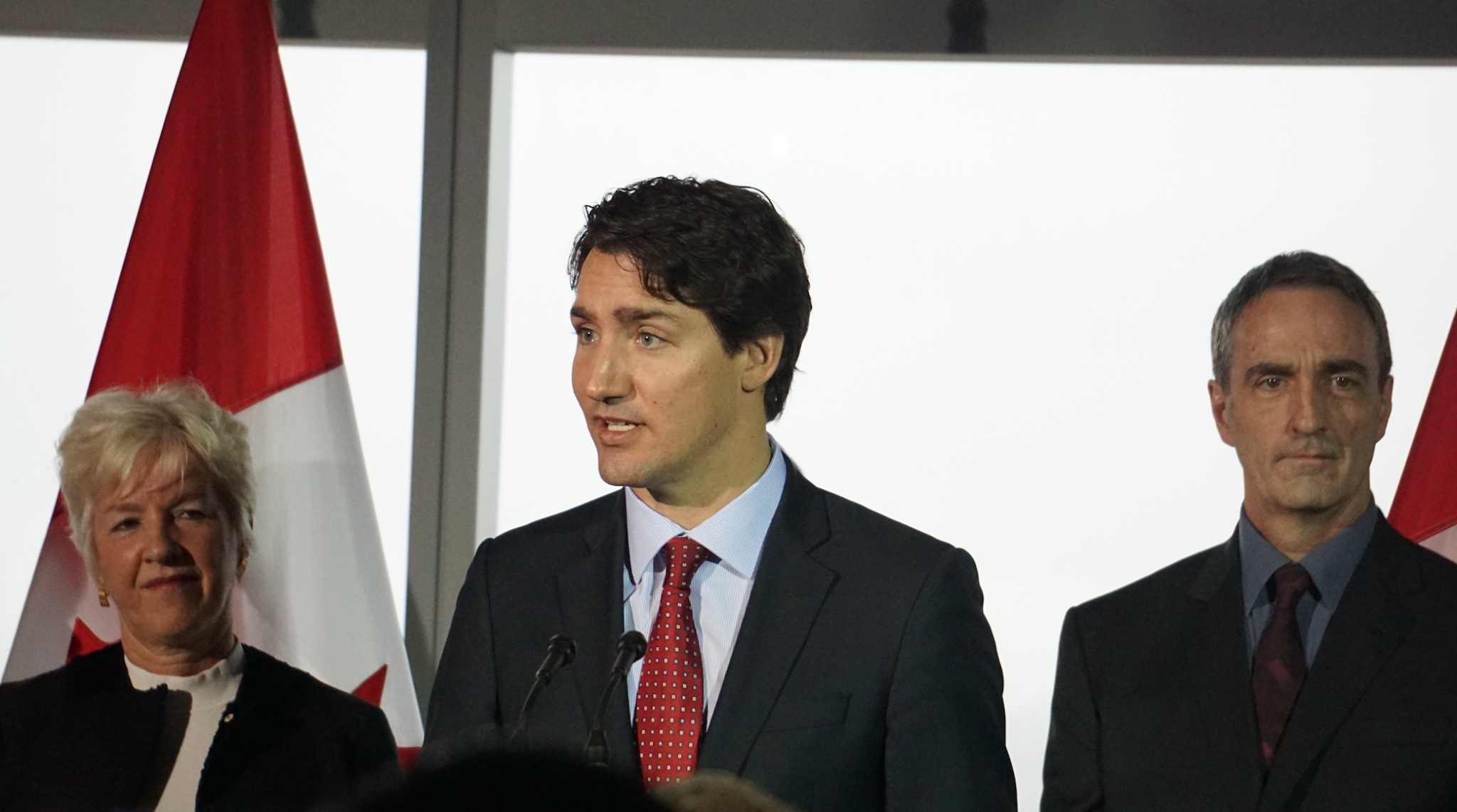 Speaking in Vancouver on Tuesday, the Liberal leader dismissed a reporter’s suggestion that if the controversial $12 billion, 4,600-kilometre project were constructed, he would have unhappy constituents either in Quebec or Alberta.

“The fact is, Canadians are united right across the country about wanting the kind of future for their kids and communities that we know we need to be building, and at the same time, make sure we’re doing it in a responsible, sustainable, environmentally-sound way," he explained.

“That’s something that Albertans and Quebecers and everyone across the country is united wanting.”

A decision by the Quebec government earlier that morning to seek an injunction against TransCanada over the Energy East pipeline has already been met with backlash from Western politicians concerned about faltering economies in their communities.

Though Quebec Environment Minister David Heurtel made it clear on Tuesday that his province has not definitively rejected the project and seeks only to ensure that TransCanada complies with its environmental laws, Alberta Wildrose leader Brian Jean issued the following scathing statement:

"If Quebec wants to block our pipelines, they should send back the over $10 billion in equalization payments they are receiving this year alone and explain why they prefer Saudi and Nigerian oil over Canadian oil.”

Energy East is a 4,600 km pipeline proposal to transport roughly 1.1 million barrels of oil per day from Alberta and Saskatchewan to refineries in Eastern Canada and a marine terminal in New Brunswick.

Prime Minister Trudeau said the range of opinions of the project, however strong, form an opportunity to become a world leader in mitigating conflict to get Canadian resources to market.

“That’s what Canada is about,” he explained. “For me, being able to do this — listen and draw on all these varying perspectives and find that common ground — well that’s the great strength of this country.

“It means we are going to be better positioned to tackle these issues than just about any other country in the world.”

The Liberal leader spoke at the launch of Smart Prosperity, a new coalition of business, civil society and research leaders hoping to spur Canada’s clean economy transition by supporting pricing for pollution and waste, and investing in advanced green infrastructure and skills.

Other high-profile guests included Venture Communications CEO and former Dragon's Den star Arlene Dickinson, who along with other Smart Prosperity leaders, challenged Canadians to make "Made in Canada" a global brand for clean innovation and performance across all economic sectors.

"New energy will be clean energy"

“This is precisely the right moment to focus on building a much more competitive and a much more innovative economy," Dickinson told audiences.

“Our opportunity and Canada’s competitive advantage lies in moving even more boldly ahead."

Trudeau agreed, and further stated that new energy in Canada moving forward will be clean energy as the time for separating the environment from the economy has come and gone.

“I look forward to continuing to work with all premiers and all elected representatives across the country," he said, "on initiatives that will both help create clean growth that works for the middle class as well as protected environment for years, decades and even centuries to come."

One such initiative is the all-new Veemo, a Vancouver-born zero emissions, electric-assist cycle scheduled to hit local streets as a pilot project in 2017. The prime minister inspected the prototype before the launch, one of many clean tech initiatives that will be featured at the 2016 Globe Series Leadership Summit for Sustainable Business in Vancouver all week.

Velometro to take cities by storm