Bernie Sanders not toast yet 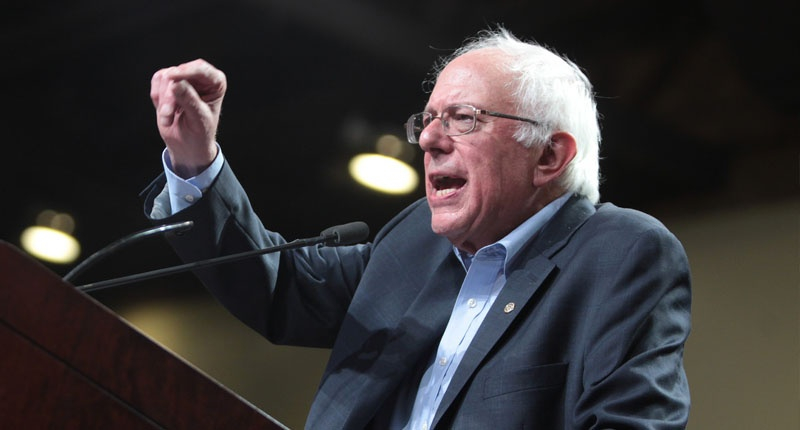 Bernie Sanders may be singed, but he’s not toast just yet.

Sanders’ improbable, rollicking, invigorating campaign is still alive, despite the obituaries being penned these days by much of the corporate media that has never really accepted or understood the insurgent message at the core of his ever mushrooming appeal with American voters.

From the moment he announced his candidacy for president, Sanders has not only embraced, but celebrated his socialist credentials, rather than hide or run away from them, as NDP leader Tom Mulcair did so disastrously during the last year’s federal election campaign.

Not surprisingly, Sanders and his unabashedly progressive agenda have been treated with condescension, disdain and often hysterical hostility by establishment journalists and politicians alike. The cheap, predictable portrait of Sanders as the oddball uncle who muttered largely to himself about making America a fairer, more just place, quickly took hold.

The corollary to this insipid caricature was that Sanders’ bid for the presidency – bereft of money and support – would die a quick political death, beaten into oblivion like a piñata by Hillary Clinton’s formidable, near invincible election machine.

Well, the professional soothsayers have been proven colossally wrong – yet again. Now, while David has not slayed Goliath, Sanders has, along the way, inflicted enough harm to at least stall Clinton’s momentum, and perhaps more importantly, make her take careful note of his scathing critique of a political and economic system that is, as he rightly says, “rigged” against the vast majority of Americans.

Unlike Clinton, Sanders’ prescription is not simply to tinker rhetorically with these well-entrenched vested interests, but to begin the long, necessary structural overhaul of a political and economic infrastructure that serves the few and the expense of the many.

The clearest, most profound signal of this breathtaking disparity is the fact that the 400 richest Americans have more wealth than the bottom 61 per cent of all other Americans combined. Dig a little deeper, and the economic divide gets more stark – if that’s even conceivable. According to The Nation, “The 100 richest families own more assets than the entire African-American community…and just 182 individuals have more assets than America’s entire Hispanic population.”

To his credit, Sanders recognized the brewing distemper of the times in America and launched a movement to finally – if possible – do something fundamental and concrete about it… beyond the usual bromides offered up by the usual politicians to “address” the “nagging” inequalities rife in the United States.

Sanders’ political antenna were well-tuned. He seems to have understood that Americans were poised and prepared to enthusiastically embrace his call for radical change, particularly after the eight, largely cautious, Obama years. His trajectory from lonely upstart to a formidable, potent political force may have surprised the mainstream media and his political adversaries, but not the millions of Americans who have gravitated to him with their hearts, minds and pocketbooks.

As a result, Sanders has more than enough money in the kitty to continue contesting primaries until well into the spring and perhaps beyond. Although his path to victory has winnowed dramatically in light of Clinton’s recent string of primary victories, it’s worth remembering that the Democratic primary in California alone – slated for June 7 – has 578 juicy delegates up for stake. (The state’s delegates will be awarded proportionally.)

Politics is an unpredictable business. Clinton faces challenges, too – legal and otherwise. Although she has many years of practice, Clinton still isn’t considered a natural retail politician and her husband’s long, influential shadow remains ever present and, at times, intrusive.

Despite her shortcomings – and there are many – Clinton and Sanders represent a sane alternative to the “lunatics” (as Noam Chomsky succinctly put it recently) on the Republican side. (In an interview with Al Jazeera, Chomsky – who praised Sanders and his progressive policies but considers him a long shot to win the nomination – acknowledged that he will “absolutely” vote for Clinton given that Republicans appear intent on destroying the world one way or another.)

Indeed, through his words and deeds, Sanders has acted as a soothing tonic and counterpoint to the perverse, profane and violent antics of that dangerous demagogue and leading Republican presidential candidate, Donald Trump. He is also a welcome reminder to Canadians that America, for all its faults, is populated by decent, caring people who are interested in building a decent, caring society modelled, in several important respects, after what we have built in Canada. (Stephen Harper tried his best to destroy it.)

This is not, of course, to say that Canada is free of the injustices and inequalities that increasingly define and continue to scar America. Far from it. We have a lot of outstanding work to do on that score, too. But, I dare say, that Sanders and company occasionally do glance north of the 49th parallel for inspiration, as well as to see what may be possible if the political will is marshalled to change the way things are for the collective good.

And many progressives in Canada look on south of that same border with considerable envy as Sanders goes across the country talking simply, eloquently, and unapologetically about the urgent need to belatedly and emphatically level the playing field for the millions of forgotten, marginalized Americans whose lives are filled with unnecessarily with fear and uncertainty.

Whether Sanders prevails or not, he has done America an important and arguably historic service by becoming the face and voice of democratic socialism in America. That millions of other Americans are voting for him confirms that Sanders and his revolutionary politics are here to say.