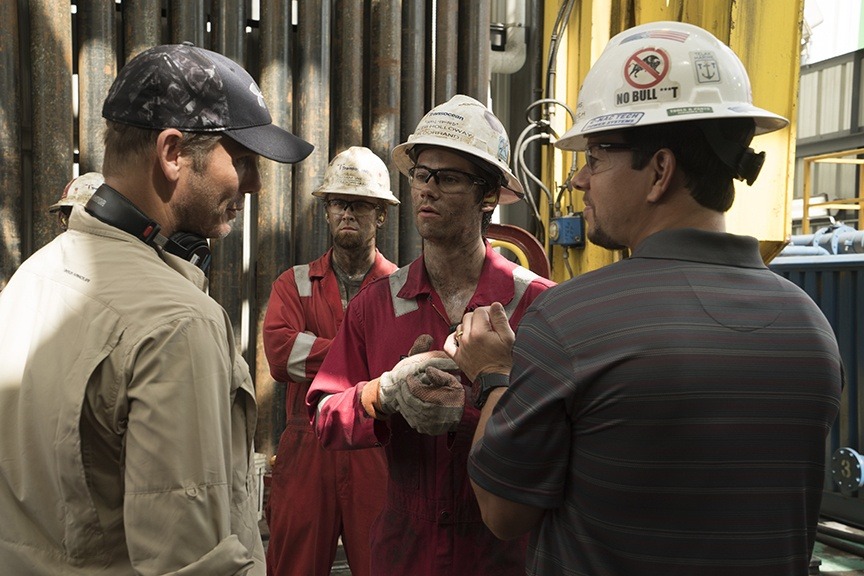 A still shot from the forthcoming film on Deepwater Horizon. Photo from Lions Gate Entertainment
Previous story
Next story

Actors Mark Wahlberg, Kate Hudson, Kurt Russell and John Malkovich are among those tapped for the new disaster film that is scheduled for release in September, about six-and-a-half years after the original explosion and subsequent oil spill.

A new trailer for the movie shows the drilling platform’s wellhead blowing out, sending a geyser of oil into the air just before it turns into a massive explosion.

The official trailer for the forthcoming film, Deepwater Horizon. Video from YouTube

The trailer’s promise that the film is “inspired by the true story of real heroes” has already drawn a critical blog post from the New Republic.

Writer Gwyneth Kelly says the trailer’s tone is severely mismatched to the subject matter and notes that the rig’s owners had “a series of safety issues, putting workers and the environment at risk.

“There’s the conflict of a community dependent on the oil industry for employment—not to mention a country dependent on that industry’s product—even as oil contributes to climate change. Years after the fact, there are health problems for cleanup workers, long-term impacts on wildlife, and a residual negative effect on Gulf Coast fishermen.”

For all that, Kelly notes that the movie from director Peter Berg, whose 2012 feature Battleship sank to poor reviews, looks like it will chose to go the action film route with lots of explosions favoured over insight.

The explosion and subsequent oil spill on the offshore oil well drilling platform Deepwater Horizon Macodo — 50 miles off the coast of Louisiana in the Gulf of Mexico — took place on April 20, 2010.

Besides being the largest oil spill in U.S. waters, it has been called the most expensive spill in history, the largest clean-up, the most studied and the most litigious, according to Charlie Henry, director of the National Oceanic and Atmospheric Administration (NOAA) Gulf of Mexico Disaster Response Center.

In an article recalling the spill, Henry remembered receiving a call the night of April 20th from a young U.S. Coast Guard officer, who said into the phone, “Mr. Henry, I”m sorry to wake you, but we have a problem offshore.”

At that point, all that was known was that a rescue operation was underway for the 126 crew members still on the rig. Ultimately, 11 men died in the explosion.

Some 650-million litres of oil spilled into the water; BP, which operated the well, has spent some $42-billion in clean-up and compensation; and the company is subject up to $13.7 billion in fines. The spill impacted approximately 25,000 kilometres of coastline in five states.