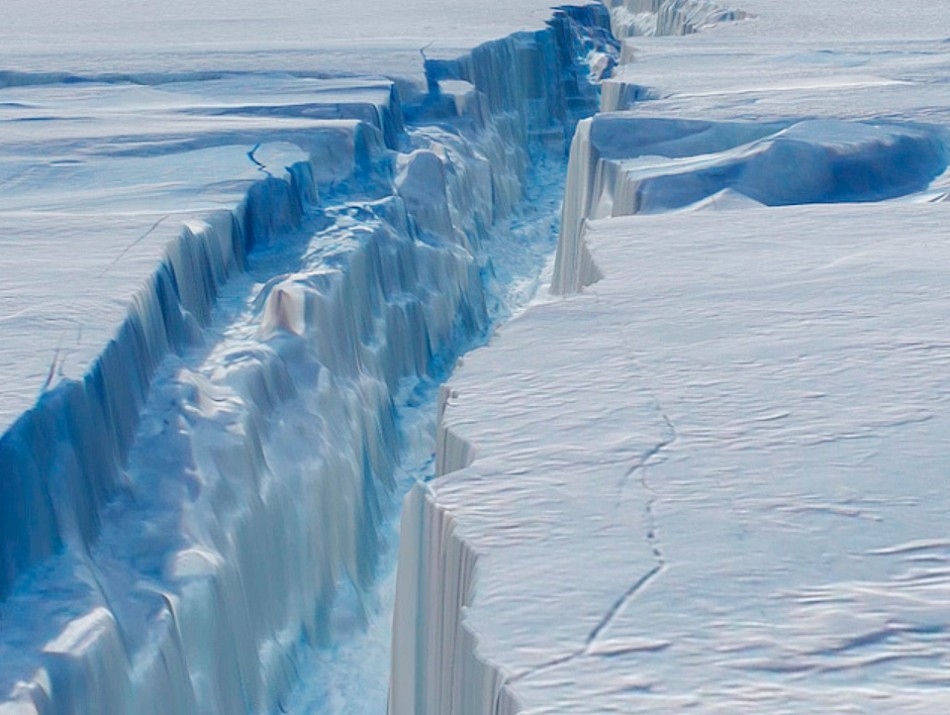 A new report published Thursday in the scientific journal Nature says melting ice in Antarctica could cause sea levels to rise by more than three feet by the end of this century.

The study says the disintegration of the West Antarctic Ice Sheet could take place earlier than predicted by previous studies.

Combined with ice melting in other parts of the world, sea levels could rise 5 or 6 feet by the end of this century, according to the study by Robert DeConto of the University of Massachusetts and David Pollard of Pennsylvania State University. By 2150, seas could be rising at a rate of more than 1 foot per decade if greenhouse gas emissions remain at today's levels, according to the study's authors.

The new study comes days after reports from NASA and the National Snow and Ice Data Center that Arctic sea ice was at a record low maximum extent for the second straight year, after an unusually warm winter.