By Bruce Livesey | Analysis | April 4th 2016
#17 of 138 articles from the Special Report: Secrets of Government 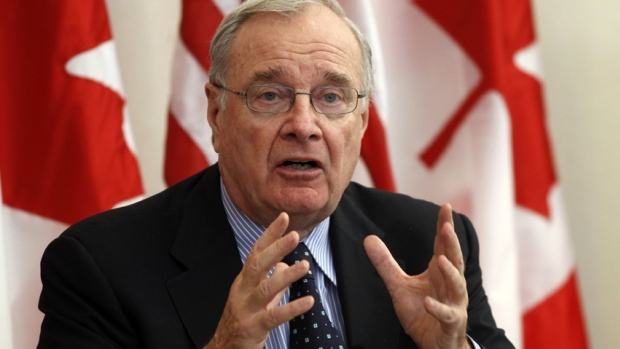 In the summer of 2013 I was working on a story for Global TV’s newsmagazine show 16x9 about the legal ways Canadian corporations dodge paying their fair share of taxes – especially by exploiting offshore tax havens and treaties.

One person we interviewed was Diane Francis, the well-known business columnist for The Financial Post and a long-time critic of offshore tax havens. We filmed her in a room at her swanky apartment building in downtown Toronto. And one thing Francis said on that warm muggy day still resonates with me. When asked why Canada doesn’t have the political will to put an end to the abuse of offshore tax havens, Francis replied: “Because the offshore and taxation lobby is the most powerful in this country.”

Francis’ observation comes to mind when reflecting on today’s revelations by the International Consortium of Investigative Journalists (ICIJ) called the “Panama Papers” exposing more rich and famous people who have been caught (once again) using offshore tax havens to hide their money from governments – including 350 Canadians. (In 2013, ICIJ produced a similar exposé with a different list of names). In short, these folks are engaging in massive tax dodging, although not always illegally.

The revelations occurred after 11.5 million pages of documents were leaked from the databanks of Mossack Fonseca, a global law firm based in Panama that helps the wealthy set up offshore shell companies and structures.

My response is not shock but why don’t governments fix the problem? After all, this is not a new issue by any means. In fact, the corrupting and corrosive impact of offshore tax havens, which now number as many as 70 (and includes Canada), has been well documented and lamented over for years. Agencies such as the Organization for Economic Co-operation and Development (OECD) have been flailing around trying to wrestle with this issue, while books, articles, exposés, government inquiries and reports have been produced in abundance documenting the problem.

And for good reason. The numbers are staggering. The OECD claims that offshore banks globally hide some (US) $5-trillion to (US) $7-trillion from tax authorities, or up to 8% of the world’s assets under management. Moreover, an estimated (US) $11.5-trillion is being stashed in offshore accounts worldwide for one reason or another.

In Canada, Stats Canada documents how much corporate money flows to notorious offshore tax havens. In 1990, only $11-billion was being “invested” in offshore tax havens by Canadian corporations: today this sum is almost $200-billion a year and growing. Moreover, an estimated $8-billion is also lost annually through tax evasion, although this sum could be more than $20-billion.

In fact, after the US, Barbados is the second-largest recipient of Canadian foreign investment – with $71-billion in 2014, up from $50-billion in 2010, while the Cayman Islands is ranked fourth, receiving $36-billion. Barbados and the Caymans are high on that list for good reason – they are notorious offshore tax havens.

But guess what, this is old hat. Alain Deneault, who teaches political science at the Université de Montréal and authored a recent book called “Canada: A New Tax Haven”, has documented how Canada’s big banks were critical players in creating offshore tax havens in the Caribbean going back to at least the 1920s. He explains how Canadian banks got into this racket by helping out American and European banks trying to move their assets around the world. “Canadians actually transformed these jurisdictions into tax havens in order to satisfy the financial industry that needed to funnel these euro dollars outside any kind of traditional jurisdiction to manage them out of law without any kind of constraint,” he told me last year when we spoke about this issue.

And then there is Kenneth Colin (K.C.) Irving, the New Brunswick industrialist, who placed control of his privately-held conglomerate with a trust in Bermuda, where he then moved – in order to avoid paying Canadian corporate and personal taxes. This was all done by 1972.

But, to be frank, nobody really gave a shit. Today it’s different. The issue is finally gaining some traction for obvious reasons. For years now, governments, including our own, have been demanding austerity measures, cutting health, education, social and cultural programs – all justifying this hacking by claiming they’re broke. Now we are seeing this is abject nonsense.

As Liberal Senator Percy Downe has pointed out (who's valiantly devoted 10 years making a noise about offshore tax havens) governments can’t say they’re broke when they don’t bother collecting money they very well could. “A lot of monies are owed and a lot of money is not being collected,” he told me last year.

But therein lies the rub. As Downe has argued, the Canada Revenue Agency (CRA) is happy to chase after small Canadian businesses or middle class individuals dodging some taxes, but the CRA doesn't have the stomach or resources to go after the really big players socking away vast sums offshore.

After all, those who have the most wealth – namely large corporations and the billionaire class – have the power, influence, connections and money to ensure they pay as little taxes as possible.

Which gets me back to Diane Francis’ observation about why nothing changes: it means taking on the most powerful lobby in Canada, and probably in the world.

In fact, too often you have a complete collusion of political and corporate interests when it comes to offshore tax havens. Take, for example, Paul Martin Jr.

Prior to entering politics, Martin became a wealthy man running his family business, Canada Steamship Lines (CSL), a global shipping company based in Montreal. But CSL has a complex offshore tax structure which allows it to pay minimal Canadian corporate taxes.

Part of that structure includes a subsidiary in Barbados. Which is no accident: Canada has a tax treaty with this Caribbean outpost.

Under Canadian tax law, if you earn money offshore you cannot repatriate it without paying Canadian taxes. One way to get around this stipulation is to set up a subsidiary in the Barbados or any other offshore haven which has a tax treaty with Canada. By doing so, you can bring home your overseas profits and pay minimal Canadian taxes.

By 1994, however, these treaties were being abused by so many Canadian companies Martin was pressured as finance minister to plug them. Which he did – except in the case of Barbados, where his family firm soon set up its subsidiary there. As Francis told us three years ago. “No self-respecting country in the world would do that.”

But Canada is not a self-respecting nation when it comes to this issue. And that’s because our chartered banks, biggest law and accounting and insurance firms – which donate money and personnel to our political parties – are heavily engaged in the very lucrative business of moving taxable monies offshore. As Francis says: “You have an industry in this country of facilitating rich people to put their money offshore.” And that industry happens to reside in the most lucrative real estate in Canada – on Bay Street.

Ultimately, the offshore tax issue exposes who governments are beholden to. And they’re clearly beholden less and less to average citizens (if at all) and more to corporate interests and the billionaire class.

So if you want to know why nothing ever happens with eradicating offshore tax havens, simply look at who are the beneficiaries - and who's afraid of taking them on.

Thanks Bruce, it is articles

Thanks Bruce, it is articles like yours that exposes the continued arrogant feudalistic greed and theft from the pot we all feed from. The immorality of the slave economy that brought respectability and wealth to the elite investors was eventually seen for what it was through articles like this. Hopefully, the public will awaken to the greed and immortality of the likes of Paul Martin, our bankers, lawyers, politicians and those who work against the common good and a more equitable society.