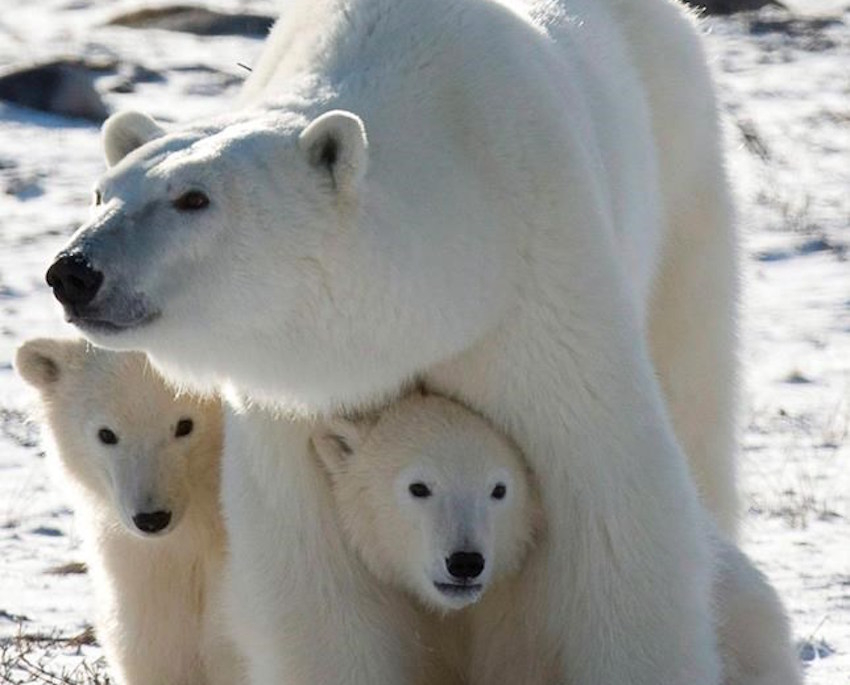 Breeding female polar bears are suffering most from effects of climate change: study. Photo by The Canadian Press.
Previous story

The world's southernmost population of polar bears has already lost significant amounts of body weight after decades of shrinking sea ice with breeding females suffering the most, says new research from the Ontario government.

"They're in poorer condition now than they were in the 1980s," said Martyn Obbard, of the province's natural resources department, one of the co-authors of the paper published by the National Research Council.

For decades, Obbard has been studying the roughly 900 bears that live along the northern Ontario coast from James Bay to the Manitoba boundary. Living on the southernmost fringe of polar bear habitat makes them uniquely vulnerable to climate change, he said.

For about 3 decades, the Hudson Bay ice season has been shrinking at the rate of one day a year. That means bears now spend roughly 30 day less on the sea ice than their ancestors back in the 1980s.

Bears depend on the ice to reach seals, an essential fatty, energy-rich meal. Reduced sea ice has already been shown to be causing problems for bears on the bay's western shores and Obbard wanted to see if the same was true further south.

Using data from 900 bear captures between 1984 to 2009, he found the average weight of males had dropped by 45 kilograms and females by 31 kilograms.

The number of bears had remained stable, so the weight loss wasn't from increased competition.

But when Obbard compared the drops in bear weight to the number of days with the minimum amount of sea ice the bears need for a hunting platform, he found the two changes moved in parallel. He had found the answer.

"Take the simplest explanation — these dramatic changes in sea ice. Now that we have bears that are spending 30 days longer on land, they have 30 days shorter to hunt."

Some scientists suggest bears can replace those nice, fat seals with meals found on land — geese, eggs or moose calves. But Obbard said those resources have always been available and didn't stop the slide in weight.

Obbard points out that at about 250 kilograms, female bears are half the size of males, so the weight loss is much more significant for them. He believes that's because the females have to nurse cubs as well as maintain themselves.

"That suggests this is going pose even greater difficulty for these females in the future," Obbard said.

"If we assume these declines in body condition are going to continue, when will we see greatly increased mortality and reproductive failure?

"It's another red flag about changes that are happening in that system."Southernmost polar bears losing weight as ice shrinks: study