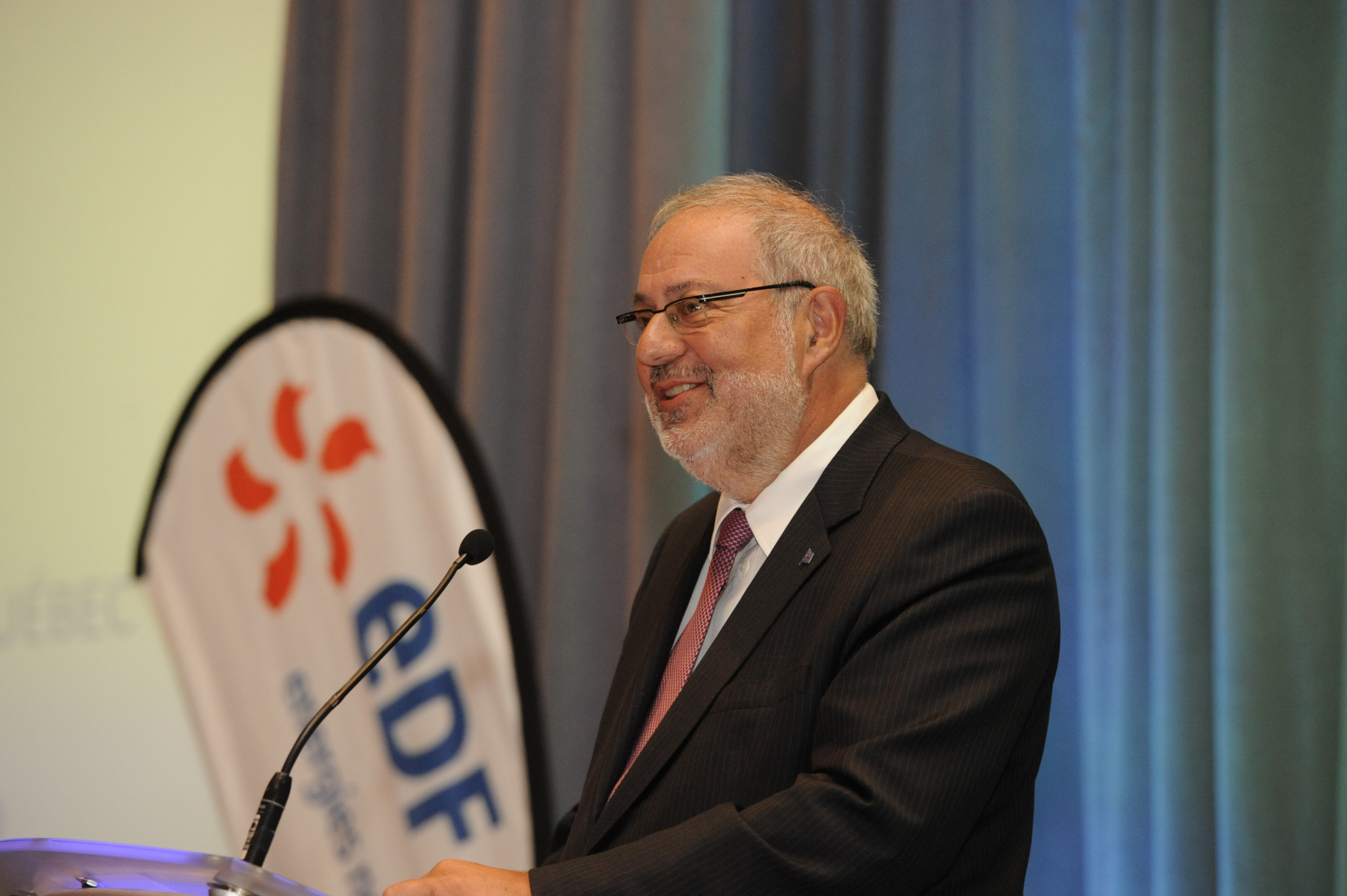 Speaking to a conference hosted in Gatineau by the Canadian Wind Energy Association, an industry lobby group, Ontario Energy Minister Bob Chiarelli said his province would launch a new competition in August for companies bidding to supply wind, solar, hydroelectric and bioenergy power. With dropping production costs for wind and other renewables, the Ontario government estimated the new power would lower previously anticipated residential electrical bills by $1.67 per month in future years.

“Renewables have helped Ontario close our coal plants and reduce harmful emissions and contaminants,” Chiarelli said. “They have improved the quality of life in our province.”

Quebec Energy Minister Pierre Arcand told National Observer in an interview that his own province was introducing a new energy strategy this week that would be designed to help the population reduce energy bills while tackling greenhouse gases from both households and industry.

When you are saving the planet

The new initiatives demonstrate some of the steps provinces are taking to help Canada meet its international climate change commitments at a time when the world is starting to turn away from fossil fuels. Both ministers praised Prime Minister Justin Trudeau's federal government for supporting their efforts.

“There is genuinely, on our part, the intention to really make a transition to a carbon free economy and it is a good thing to see that we are being supported by the federal government,” Arcand said. “We are working along with the provinces as well.”

The federal, provincial and territorial governments have all agreed to plan a national climate change strategy aimed at reducing greenhouse gases and transitioning Canada away from fossil fuels. Alberta, British Columbia, Ontario and Quebec have also introduced plans to make people and businesses pay for the heat-trapping carbon pollution that contributes to climate change.

For its new strategy, Arcand said that reducing energy consumption would allow Quebec to export more electricity to its Canadian and U.S. neighbours, replacing higher-polluting energy sources such as natural gas and oil in those jurisdictions.

“In an ideal world, of course, Quebec would like to export more of our electricity. It would help our balance sheet and at the same time (it would help) if people can save more, because we have not been the best at saving energy over the last few years,” Arcand said.

“I think that we are capable of exporting to Ontario, to some of the northeastern American states. There’s potential for us to grow in that direction and the good thing, also, is that hydro and wind can work together.”

Arcand also told the conference that the hydro and wind energy supply in Quebec is reliable.

“When the wind doesn’t blow, hydro flows,” he said.

The wind industry lobby group has estimated that Quebec, which is mainly dependent on hydroelectric power, has enough wind power for 600,000 homes. The wind industry has also estimated it has created about 5,000 jobs in the province.

Arcand added that, thanks to cheaper wind power production costs, Quebec’s government-owned power utility, Hydro Québec, now gets almost 10 per cent of its total generating capacity from wind. He said that wind energy could also replace fossil fuels in remote regions such as Northern Quebec.

"In the last few years, we have seen a decline in the price of renewables,” Arcand said. “When you are saving the planet and at the same time you’re helping people save money, I think that this is a good mix.”

Quebec has also set a goal of electrifying its transportation network - to move away from gasoline and diesel-powered vehicles - aiming to put 100,000 electric vehicles on its roads within the next four years, a significant jump from an estimated 10,000 electric vehicles that are now used in Quebec. As part of that goal, Arcand noted that the province pledged to adopt a “zero emissions law” that would force auto manufacturers to sell a minimum number of electric vehicles every year.

“We’re pushing to make sure (this goal is achieved) and of course, we’ve been asking Hydro Québec to lead the way, in introducing (electric vehicle charging stations) in the province, mainly in Montreal and Quebec City and along the TransCanada highway between those two major cities," Arcand said. "We now have close to 800 charging stations”

Quebec is one of thirteen jurisdictions in North America and Europe that have committed to requiring all new passenger vehicles to be equipped with zero emissions technologies by 2050.

Robert Hornung, president of the wind industry association, noted that any plan to electrify transportation systems would need the type of strong renewable energy power grids that Quebec and Ontario are promoting. He also told member companies at the conference that they should all work together rather than trying to compete against other renewable industries such as solar or hydro.

“You can actually make the case that (all) renewable energies are the solution to climate change,” said Hornung. “They can put us in a position to have a largely fossil-free electricity grid. We have tremendous renewable resources spread across the country - not unlimited, but more than we’ll ever hope to use. So, together we can go in and make the argument to convince politicians that this transformation (is) fundamental. Yes, it’s large, but yes it’s doable. And we can only make that case together. We can’t make it separately.”

For his part, Chiarelli said the province would design its new competition for renewable energy power to prioritize local businesses and towns and the participation of Indigenous communities.

Although the early stages of the Ontario’s clean energy efforts have been criticized for delays and rising electricity rates, Chiarelli said lessons learned and subsequent successes would make the next phase a better one. He noted that the province has also generated billions in public and private sector investments due to its green energy strategy, translating into tens of thousands of high-paying jobs across the province.

The wind industry’s spring forum wraps up on Wednesday with a keynote speech by federal Environment Minister Catherine McKenna.

By Mike De Souza | News, Energy | April 4th 2016
Reports from the Race to a Safer World

By Mike De Souza | News, Energy | April 1st 2016
Reports from the Race to a Safer World

By Daniel León Rodríguez | News, Energy | March 28th 2016
Reports from the Race to a Safer World