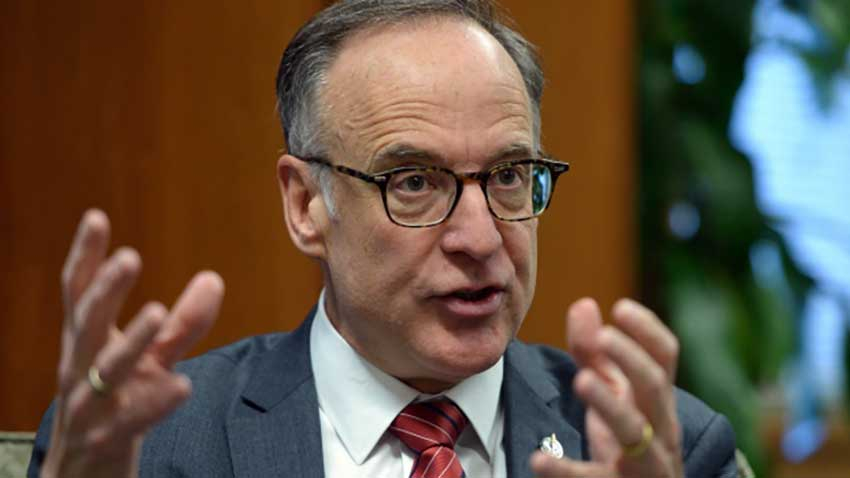 OTTAWA — The federal government is being urged to pre−emptively ask the Supreme Court whether its new law on medically assisted dying complies with the charter of rights, rather than forcing seriously ill or dying individuals to launch their own costly, stressful, protracted court challenges.

Liberal MP Rob Oliphant, who co−chaired the special joint parliamentary committee on assisted dying, told The Canadian Press it would be "both smart and compassionate" to pre−empt those challenges by referring the new law to the Supreme Court.

"Any law presented on assisted dying could benefit from a referral to the Supreme Court," Oliphant said, noting it’s a "complex subject and largely uncharted territory in Canada."

As The Canadian Press reported last week, the new legislation is expected to take a less permissive approach to medical assistance in dying than was recommended in February by Oliphant’s committee.

It is not expected to allow people diagnosed with degenerative, competence−eroding conditions like dementia to make advance requests for medical help to die. Nor is it expected to extend the right to an assisted death to so−called mature minors

It is also expected to tread warily around the right of people with mental illnesses to seek doctor−assisted death.

The legislation is in response to a Supreme Court ruling last year, which concluded that Canada’s ban on assisted suicide violates the right to life, liberty and security of the person, as guaranteed in the charter.

The court gave the federal government until Feb. 6, 2016 — later extended to June 6 — to come up with a new law that recognizes the right of clearly consenting adults who are enduring intolerable physical or mental suffering to seek medical help in ending their lives.

Shanaaz Gokool, head of Dying with Dignity Canada, said her group is "really concerned" that the government appears intent on introducing a relatively restrictive law that "discriminates against whole groups of people."

Far preferable, Gokool said, would be to refer the law to the Supreme Court as soon as it’s passed.

"It’s an elegant solution here because it means you may not have to drag sick and dying people to court. It’s a cost−effective option and it allows the government to have legislation that’s in compliance with the charter."

What’s more, she said taking further direction from the court would give the government "an opt−out" from criticism by those who want the most restrictive response possible to the Supreme Court’s original ruling.

"There’s really no downside for the federal government doing this."

Independent Liberal Sen. Serge Joyal, an acknowledged constitutional authority and a member of Oliphant’s committee, agreed a Supreme Court reference would be "the most credible" option for the government. It would also be consistent with Prime Minister Justin Trudeau’s vow to ensure all legislation introduced by his fledgling Liberal government respects the charter, he said.

To refuse, thereby compelling individuals to "exhaust all the steps" of court challenges and appeals up to the Supreme Court, would be "inhumane," Joyal said, particularly for individuals diagnosed with dementia who would almost certainly be incompetent by the time they’d jumped through all the legal hoops.

"You don’t expect that the government will fight you to the end, to the extreme limit with all the might of the state before your right is recognized in such a circumstance."

Sara Bennett Fox, whose mother Gillian Bennett committed suicide two years ago rather than lose her identity in a dementia fog, said refusing to allow advance directives will mean thousands of Canadians will have to make the choice her mother made: "She had to end her life while she was sure she could still do it without assistance," even though she was still able to "argue about Shakespeare" at the time.

And it’s not just dementia sufferers who would be effected, Bennett Fox argued. Anyone in severe pain or on pain medication could potentially be judged "cognitively cloudy" and not competent to choose medical assistance to die.

To force such people to fight in court for the right to an assisted death would be "grossly unfair," an option available only to those with money and ready access to the legal system, she added.