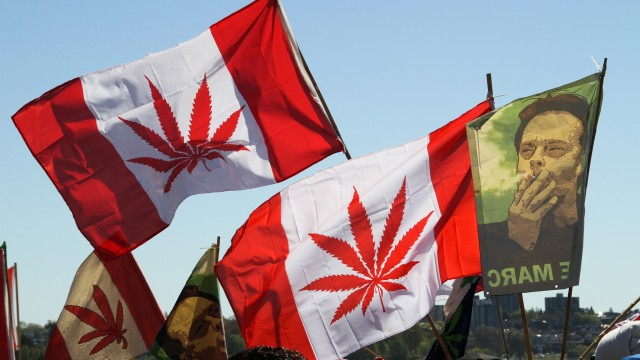 A new poll by the Angus Reid Institute finds Canadians more comfortable than ever with the legalization of marijuana, although most people are "disinclined to see a pressing need for change."

According to the survey, more than two-in-three Canadians (68 per cent) say pot should be made legal, which represents a nine-point increase compared to how people felt about the issue in 2014. At the same time, 64 per cent of people say legalization will do more good than harm in the long run.

The Institute's analysis indicates that these findings reflect a growth in support for legalization, basically boosted by people who have changed their minds in the past couple of years. Interestingly, supporters are found almost in equal numbers among all age groups, from 18-year-olds to men and women who are 55 years old or older.

Yet, despite the work of pressure groups and the fact that the Health Minister said that the pot law is coming next spring, more than half of those surveyed see legalization as "one of the least important issues facing the country today."

In terms of what pot sales should look like, most Canadians would like the government to set strict limits on where the product can be sold. The two most popular options would be through provincial agencies -favoured by legalization opponents- or specially licensed dispensaries.

At the other extreme, nearly one-in-three of those who favour making marijuana legal would support a regulatory climate in which “citizens may grow and sell their own” plants.

If and when marijuana becomes legal in Canada, "nowhere will the change be more celebrated than in British Columbia," the Institute concludes.

Eighty-one per cent of BCers want Liberals to legalize pot, and 27 per cent think it is an urgent topic that needs to be addressed.