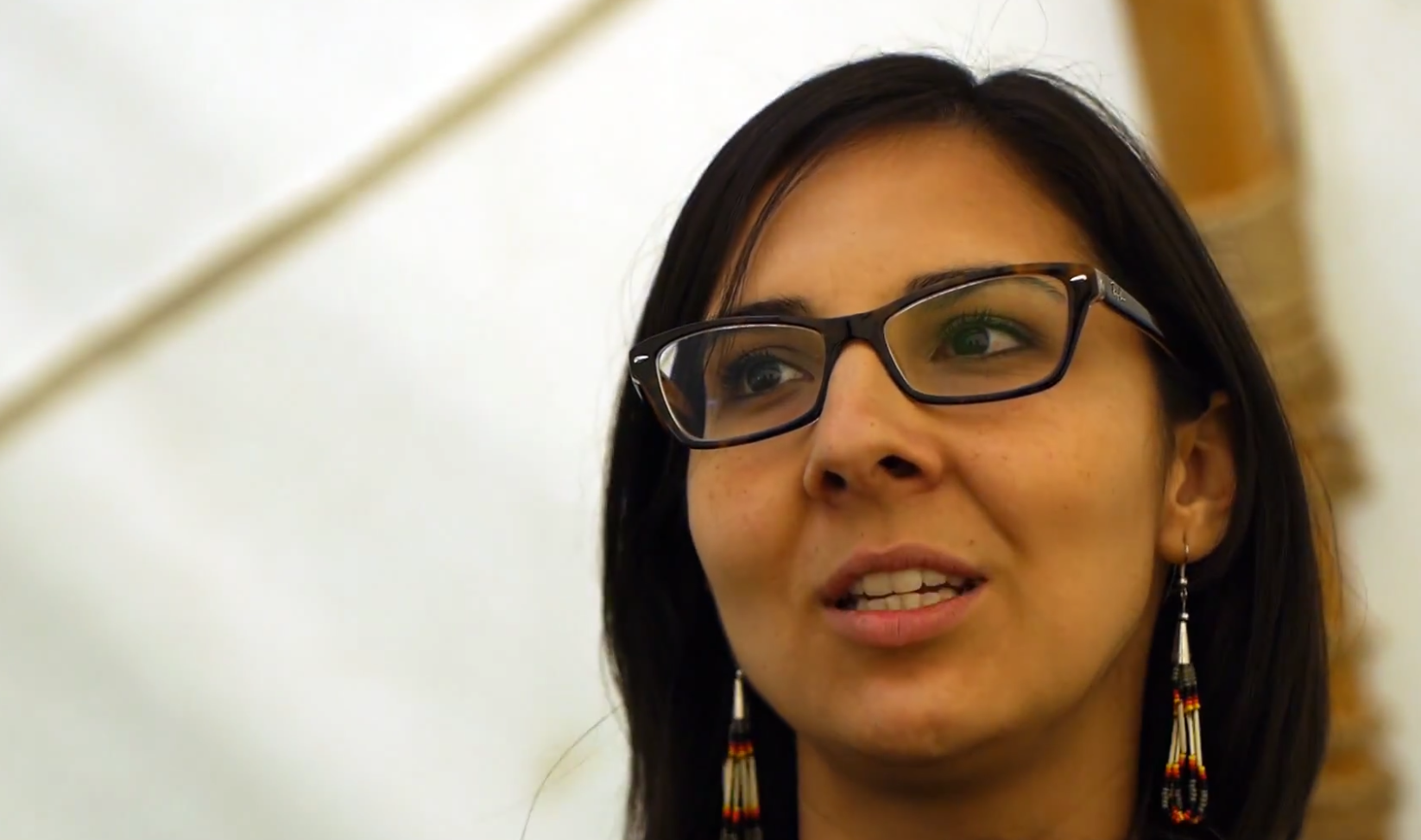 The Trudeau Government has positioned itself as allies to Indigenous peoples of Canada and has gone so far as to publicly commit to the implementation of the United Nations Declaration on the Rights of Indigenous Peoples (UNDRIP).

UNDRIP is an international declaration that is built on a premise of Free, Prior and Informed Consent (FPIC). Or, more plainly, Indigenous rights to not just participate in decision making processes but the right to say "no." This position is in addition to the already existing fiduciary and legal obligation of the federal government to ensure adequate and meaningful consultation occurs with respect to any laws, legislation and land management that may affect our inherent and treaty rights in the country. Meaningful participation in these processes requires governments to provide funding and other resources for First Nations governments, so that they can both inform and consult their citizens on the emerging discourse, no different than what is afforded to other Canadian citizens.

The relevance and impacts of implementation of UNDRIP, particularly article 19 which states the following:

States shall consult and cooperate in good faith with the Indigenous peoples concerned through their own representative institutions in order to obtain their free, prior and informed consent before adopting and implementing legislative or administrative measures that may affect them.

This is of particular importance considering provincial, national, and international talks on combating climate change and developing strategies for curbing carbon emissions while equalizing global economies. A task many countries and leaders are struggling to reconcile, given current economic structures are so reliant on systems vastly contributing to growing greenhouse gas emissions. Alberta and Canada know this all too well.

Indigenous participation in the development of emerging policies, as well as lands and resources management, has been historically haphazard, and fails to pass the test of meaningful participation and consultation.

Canada’s shameful history has taught us that policies and legislation of Treaty and Aboriginal rights have fallen short if not completely failed Indigenous peoples, no matter which party is at the helm. Canada claims to be a reputable country where human rights and dignity are respected, but when it comes to respect and recognition of Indigenous peoples rights, it falls short. Way short.

Canada’s failures to respect Indigenous peoples has been documented through the Report of the Royal Commission on Aboriginal Peoples (1996); Report of the Special Rapporteur on the rights of Indigenous peoples – James Anaya (2014); and Honouring the Truth, Reconciling for the Future – Summary of the Final Report Truth and Reconciliation Commission of Canada (2015), just to name a few.

Urging Trudeau to keep his promises

As the country moves to develop a national energy strategy and accompanying federal climate action plan, you would assume Trudeau — given his emboldened statements promising a renewed relationship with Indigenous peoples — would be taking this opportunity to flex his political muscle and prove to First Nations that he is a man of his word.

But what we've seen is the Trudeau government announcing plans to host consultations across the country to inform Canada’s national climate plan, potentially steering our economic and energy sectors in new directions. Yet, nowhere in the federal budget has there been resources allocated for First Nations to meaningfully engage and participate in this consultation process on a nation-to-nation level creating a real potential to leave Indigenous communities behind once again.

The issue of energy development in Canada, its effect on Indigenous Peoples and the rapidly escalating climate crisis continues to be a very polarized debate in Indian country. This couldn’t be more true than what we see in Alberta, home to one of Canada’s central economies of oil and gas, namely tar sands.

The tar sands has become a hot button topic that brings out polarizing opinions locally, nationally and internationally. Indigenous communities have called for a moratorium on tar sands development and an overhaul of the regulatory systems, citing that current regulations contribute to the erosion of the rights and title of the Nations as defined by Treaty and UNDRIP. But these concerns are not recognized and implemented into the national discourse. The government forges ahead developing positions, policies and climate targets, leaving Indigenous communities out of the equation—something UNDRIP and its creators would no doubt frown upon.

Again, we can look to Canada’s historical track record to see this is history repeating itself.

Indigenous engagement: not so complicated

Recently, the Assembly of First Nations, headed up by National Chief Perry Bellegarde, held a national First Nations summit on energy development in Canada and how to benefit from business as usual. Meanwhile, here in Alberta, a group of Indigenous women, hosted by Keepers of the Athabasca, organized a national summit to identify the gaps that exist for First Nations participation in climate discourse, and working towards the development of an Indigenous climate action plan.

This meeting was not only a powerful gathering of Indigenous elected and grassroots leadership in the heart of Alberta and Canada’s oil country, but it also demonstrated that the exercise of Indigenous engagement in not as complicated or difficult a task as governments have made it out to be.

The end result was the emergence of an Indigenous civil society vehicle with the name ‘Indigenous Climate Action’ to drive climate leadership in First Nations and to support an Indigenous Peoples rights based approach in focusing an indigenous peoples collective response to the federal climate action plan. Something the government is failing to support or even encourage at the provincial and national levels.

First Nations have a lot at stake when it comes to where energy resources are extracted and are also the most vulnerable to the impacts of climate change here in Canada. The complex interrelations between energy poverty, the price of food, access to clean water and climate change, disproportionately impact Indigenous peoples and these impacts compound the farther north and rural you go. This should make First Nations a central stakeholder and critical to the development of solutions and policies being created to address the growing climate crisis.

The Trudeau government’s National Climate Strategy process brings together federal, provincial and territorial leaders to chart the way forward for Canada on climate change leaving First Nations on the periphery once again. Prime Minister Trudeau’s commitment to have the provinces lead on some of these policies — for example the establishment of carbon pricing, setting a cap on emissions in their provincial jurisdiction, or investments in green infrastructure — is at odds with the federal government's commitment to ratify the United Declaration on the Rights of Indigenous Peoples (UNDRIP).

For every industrial project application, land management, and every concern surrounding provincial and federal policies, just repeat. This is not free, prior and informed consent and this is surely not a renewed relationship with First Nations that paves the way for the implementation of UNDRIP.

Trudeau’s election promise to have a renewed nation-to-nation relationship between the federal government and First Nations is in peril.

Trudeau’s actions are attempting to convince Canadians they have to support the building of a new oil and gas pipelines to pay for the climate transition, a transition that has left frontline Indigenous communities out of the planning and implementation, when the real motive is all about acquiring social licence and nothing more.

Many Indigenous communities have been fighting for the stabilization of eco-systems, a necessity in achieving climate stabilization, for decades if not centuries. Indigenous knowledge and our intimate relationship with our lands and territories could provide vital information necessary in addressing the climate crisis. Furthermore, the rights and titles of Indigenous peoples negotiated under Treaty and affirmed and recognized by UNDRIP are dependent on intact ecosystems that support continued cultural practices like hunting, fishing, trapping and gathering. Ensuring these rights are included in the development of climate policy is not only a vital component but a legally binding obligation.

Leaving traditional ecological knowledge (TEK) and Indigenous Peoples out of the national discourse on climate is a recipe for disaster. If our communities are not active participants in creating pathways for a just future we will continue to participate on the fringes of society, continually playing a marginalized role. It’s time for Canada, Trudeau, and provincial leaders to step up and live up to the promises of Treaty and the foundation of UNDRIP and allow our people to take back our roles as true leaders and stewards of our lands and peoples.

Indigenous Climate Action with the support of 350.org and a broad coalition have undertaken a collosal effort to launch the Peoples Climate Plan to challenge business as usual in Canada. Our goal is to mobilize around the public consultations of the national climate strategy and to flood them with grassroots peoples followed by mass mobilization to force the Trudeau government to freeze the expansion of the Alberta tar sands and to reject pipelines like the energy east and kinder morgan. We will do this while lifting up three broad principles that exemplify the economic, scientific and justice imperative of what a just climate policy for Canada should look like. We invite you to join us.

By Elizabeth McSheffrey | News, Energy | April 28th 2016
Reports from the Race to a Safer World