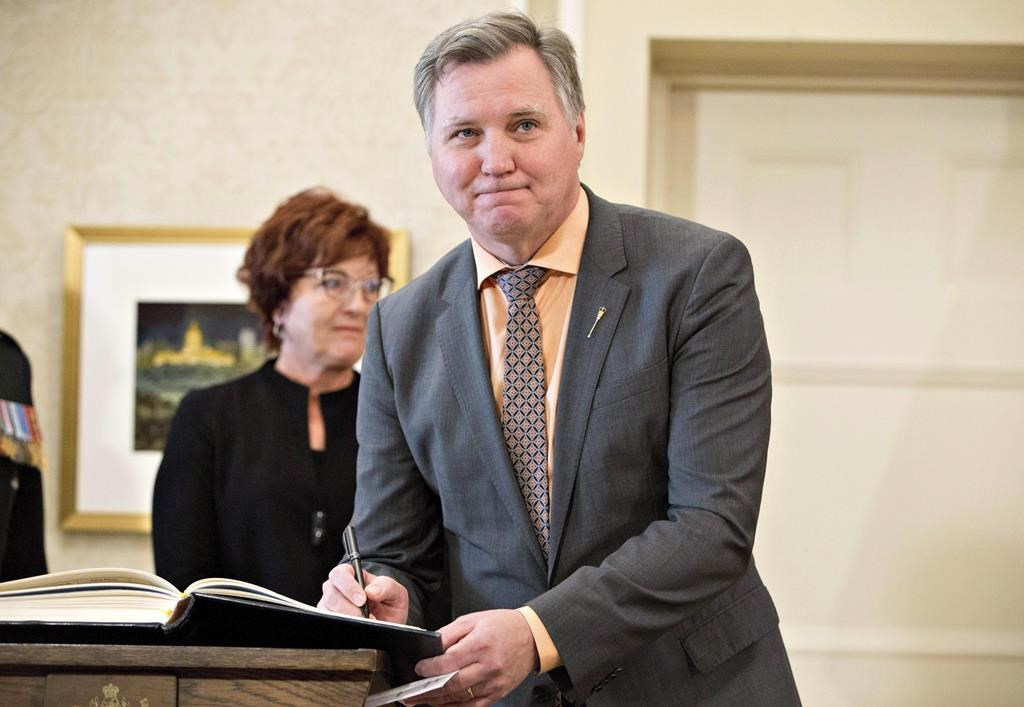 Alberta’s NDP government is repealing legislation that it once railed against as a noxious throwback to the paternalistic colonialism of yesteryear.

The bill was passed almost three years ago by the former Progressive Conservative government but was never proclaimed into law.

Feehan said the bill had many flaws, but the main one was being crafted unilaterally by former premier Alison Redford’s government with no input from First Nations.

"It seemed somewhat ironic that they actually put in a bill on consultation without any consultation," said Feehan.

"Repealing Bill 22 now is just a step amongst many steps in terms of our movement forward to forge a new relationship and to truly change that government−to−government relationship."

The bill, passed in May 2013, was intended to help fund First Nations participation in and response to potential impacts on their traditional lands from proposed resource projects.

The bill gave the government power to collect and pool money from proponents and redistribute it in the form of grants to First Nations and other indigenous groups.

The bill was short on details such as how much money was to be collected. Those questions were to be determined later in regulations.

However, it was clear about who was in charge: cabinet would decide how much was charged, when and how the money was distributed, who got it, and who met the definition of "aboriginal group."

All decisions were to be final and not open to appeal.

Treaty 6 leaders castigated the bill when it passed, saying then−aboriginal relations minister Robin Campbell did not even consult them on it beforehand.

Government House Leader Brian Mason, then a member of the opposition NDP, labelled the bill nothing more than an "old−fashioned, paternalistic, colonial−style approach."

Treaty 6 Grand Chief Tony Alexis said he was pleased to see the bill repealed, and agreed the former government’s approach was insulting.

"It was the same mindset as residential schools: ’We know what’s best for you and we will look after you and don’t worry about nothing,’" said Alexis.

"Our first stance is to protect the land ... and if a government is going to put together a bill, we have to be involved in that bill so we know that those interests will be heard."

The repeal fulfills a promise made by Premier Rachel Notley’s NDP during last spring’s election campaign, which culminated in the NDP winning a majority government and reducing the PCs to third−party status.

In her first year in power, Notley has made it a priority to re−engage with First Nations people.

Last week, Notley signed a framework deal with Treaty 8 First Nations to create working groups in order to take a more−hands on approach to solving a range of issues to ensure First Nations receive, among other things, better education and health care and more say in resource development.