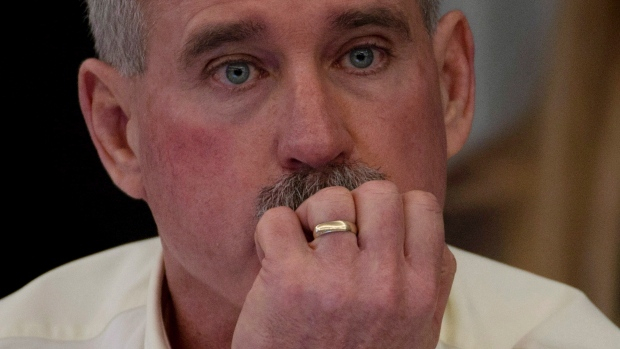 Proponents of the controversial Enbridge Northern Gateway pipeline have asked the National Energy Board (NEB) for a three-year extension on a clause requiring it to begin construction by the end of 2016.

The request was filed on Friday morning in a joint statement between John Carruthers, president of Northern Gateway, and the pipeline's four Aboriginal Equity Partner Stewards, who say more time is needed to receive legal and regulatory certainty, and continue important conversations with local First Nations.

The project was approved by the Harper government in June 2014, provided it meets 209 environmental, financial, and technical conditions, and starts breaking ground by December 31 this year.

More time to do "the right thing"

"Northern Gateway has changed," Carruthers explained. "We are making progress and remain open to further changes. We believe this is the right course of action for Northern Gateway and the right thing to do as Canadians."

Upon completion, the pipeline project would carry up to 525,000 barrels of oil sands crude per day between northern Alberta and the deep-water port of Kitimat, B.C. via 1,177 kilometres of brand new pipeline. The idea has sparked controversy since its inception — in order to build it, the proponent would plough through unceded Indigenous territory, precious whale and salmon habitat, and ultimately increase tanker traffic along the B.C. coast.

It is the subject of a handful of court cases, and has been opposed by more than 100 Indigenous groups as signatories of the Save the Fraser Declaration against pipelines through traditional territories in the Fraser River watershed.

The project's Aboriginal Equity Partner Stewards however, took the opportunity to remind the public that not all First Nations stand opposed to Northern Gateway.

Indigenous support for the project

"There is a misconception that there is no First Nations and Métis support for Northern Gateway," the group said in a press release. "This is not true. In fact, support for our project has grown from 26 to 31 communities over the past two years and is continuing to grow."

The stewards — Bruce Dumont, President of the Métis Nation in B.C., David MacPhee, president of the Aseniwuche Winewak Nation, Hereditary Chief Elmer Derrick, of the Gitxsan Nation, and Elmer Ghostkeeper of the Buffalo Lake Métis Settlement — say their communities need the business and economic benefits of the project.

The three-year extension will provide more time to make decisions on how best to protect the environment and traditional lifestyles.

National Observer called Northern Gateway for further comment on whether the proponent was struggling to meet its 209 conditions, and required an extension for that reason as well, but was told by a spokesperson that no further comments would be issued outside of the press release.

During his election campaign last year, Prime Minister Trudeau promised the Northern Gateway "will not happen" under his leadership, and more recently, pledge to create a tanker ban on B.C.'s northern coast that would in effect, kill the project. In a Bloomberg article published last week however, his government was caught waffling on these promises and would not confirm the project is dead.

More pipeline news this week comes in the form of the Kinder Morgan Trans Mountain expansion, a hotly-debated proposal to add 980 kilometres of new pipeline to a system that transports 300,000 barrels per day of crude oil and refined petroleum from Alberta to Vancouver and Washington State.

On Thursday, Natural Resources Minister Jim Carr announced that the federal government would devote a "panel of ministerial representatives" to consult members of the public on the project in a recommendation from the National Energy Board later this month.

The commitment comes more than three months after the Trudeau government promised that the public — Indigenous and non-Indigenous — would have another shot and weighing in on the Trans Mountain expansion, and as reported by the Montreal Gazette, flies in the face of a statement from Carr's office two days ago indicating he would appoint a single envoy to do this job, not an entire panel.

Environmental organizations are planning protests against the Kinder Morgan expansion in Vancouver next week.