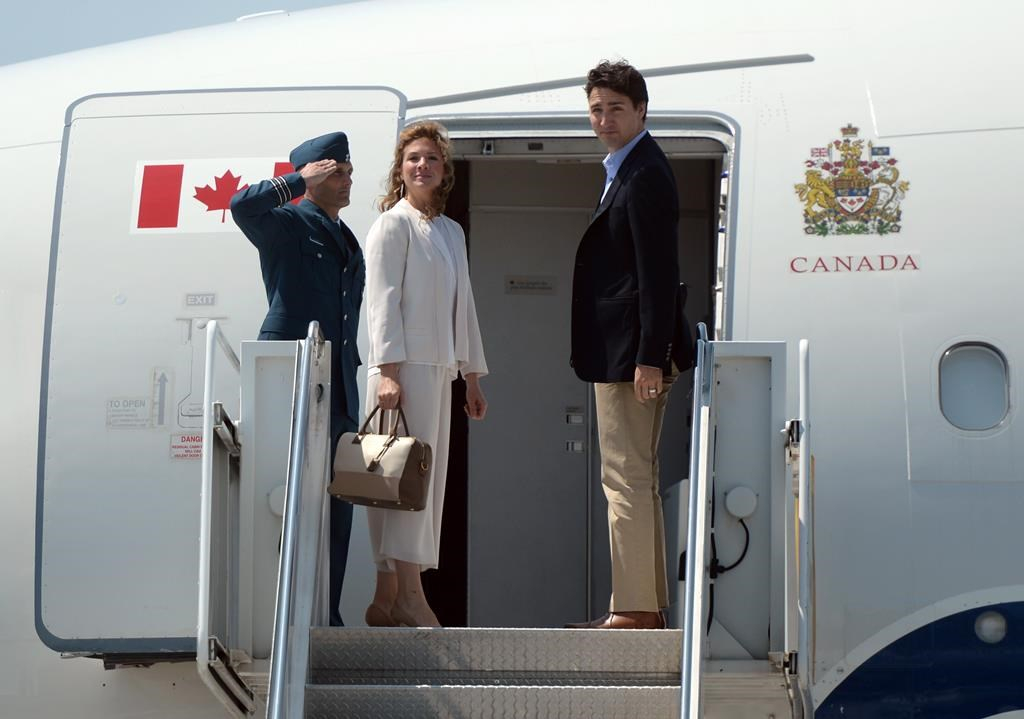 Justin Trudeau makes his first major push into Asia this week in Japan, where he hopes to broaden business links with a country that was once Canada's No. 2 trading partner.

He will meet early in the week in Tokyo with Japanese Prime Minister Shinzo Abe, the emperor and empress as well as leaders in the automotive sector.

The visit comes ahead of Trudeau's participation in the Group of Seven summit, on Thursday and Friday, in the Japanese city of Ise-Shima.

But before Trudeau sits down with the powerful group of world leaders, he will try to reinvigorate Canada's trade and investment relationship with Japan.

His office says it believes there is still a lot of fertile ground in Japan and sees it as a key player in a region where the Liberal government intends to expand economic ties.

One of the main goals of Trudeau's visit will be to try to encourage Japanese auto industry officials to invest more and to keep the plants already in Canada.

In his meeting with Abe, Trudeau's office said he plans to discuss negotiations on the countries' economic partnership agreement, the Trans-Pacific Partnership, security co-operation, education and the Arctic, given Japan's relative proximity.

The Japanese-Canadian relationship has been a smooth one, but there are still several ways it could be improved.

For starters, Japan's ambassador in Ottawa notes that fewer than 15 years ago, his country was Canada's No. 2 trading partner after the United States.

But Kenjiro Monji says Japan's trade position with Canada has slipped since 2002.

In 2009, he said Japan had tumbled to No. 5 after being passed by China, Mexico and the United Kingdom. The value of trade between Japan and British Columbia fell by 45 per cent between 2000 and 2014, Monji added.

The slide, he said, is due to nearly two decades of recession in Japan, China's economic boom and the emergence of Canadian trade deals, such as the North American Free Trade Agreement.

Monji believes the bilateral trade could get a boost from a key Canadian energy source that Japan needs: liquefied natural gas.

Japan, the world's biggest buyer of LNG, is hoping Canada will issue necessary environmental permits to allow companies to export it from British Columbia.

B.C. Premier Christy Clark recently told The Canadian Press it's time to proceed given the approval process started more than three years ago.

"Canada is one of the most-promising potential exporters to Japan because ... liquefied natural gas occupies a still very important share in our energy policy," said Monji, who noted that Japanese companies are involved in several LNG projects in Canada.

Japan is also expected to tout the benefits for Canada of the Trans Pacific Partnership, a huge, 12-country treaty that would deepen trade connections across the Asia-Pacific region.

The pact, which Canada is reviewing, includes the major economies of Japan and the United States.

"The value of TPP lies in Japan for Canada because Canada has already (the North America Free Trade Agreement)," Monji said.

The future of the TPP is in doubt. U.S. presidential hopefuls from both the Democrats and Republicans have said they would reject the treaty.

With the TPP still pending, Monji doesn't expect any movement on talks of a bilateral Canada-Japan trade deal.

He did praise the Canda-Japan relationship and was quick to point out this will be Trudeau and Abe's third meeting in six months. They sat down together at the APEC summit in Manila and again in Washington for a nuclear safety talks.

Japan is also expected to raise the issue of regional security with Canada, particularly the ongoing territorial disputes with China in the East China Sea and South China Sea.

Masayuki Tadokoro, a Keio University law professor, said Japan will scrutinize Trudeau's words on the matter, even though Canada may not want to take very strong position due its economic interests in China.

"When it comes to dealing with China, the Japanese are wondering whether or not Mr. Trudeau is as supportive as they wish to the Japanese position," Tadokoro said in an interview.

"Perhaps it's very difficult for many Canadians and Europeans to understand, but for Japanese, China represents a real security threat."

Overall, there are few entanglements between Canada and Japan, but they do have a trade relationship many believe has unrealized potential, says David Welch, CIGI chair of global security at the Balsillie School of International Affairs.

Welch said it's partly due to the complexities of selling in Japan and the fact Canada has put more focus in recent years on trade with Latin America and Europe.

"Now, the Japanese have huge hopes that Trudeau will bring Canada back. I hear this all the time, not just from Japan, but from other countries in the region, too."