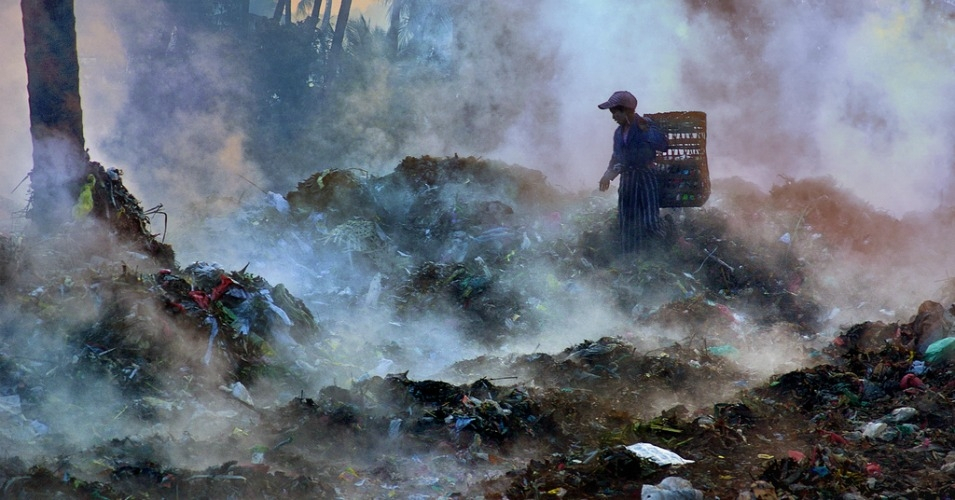 With no region of the Earth untouched by the ravages of environmental destruction, the state of the world's natural resources is in a rapid downward spiral, a comprehensive assessment by the United Nations has found.

Published on May 19th, Global Environmental Outlook from the UN Environment Programme (UNEP) involved the expertise of more than 1,200 scientists and over 160 governments, and exposes through reports on each of the world's six regions that the rate of environmental deterioration is occurring faster than previously thought—and can only be halted with swift action.

"It is essential that we understand the pace of environmental change that is upon us," stated UNEP Executive Director Achim Steiner.

One threat many of the world's inhabitants are facing is that of water scarcity. For North America, for example, it "is of increasing concern," though it's just one of many "worsening pressures."

The report points to the recent five-year drought around Texas—a problem exacerbated by climate change. It also notes how the impacts of climate change were vividly felt when Hurricane Sandy struck in 2012.

And even with successful efforts to rein in carbon emissions, the outlook for the region isn't bright, the report notes:

A wide range of potentially catastrophic impacts are built in to the near and medium term climate, so that climate change impacts are highly likely to increase regardless of how fast the region reduces greenhouse gas emissions, and how fast it supports global emissions reductions. The consequences for human lives and livelihoods will depend on measures to adapt to climate change and increase resilience that, while showing signs of promise, are not yet sufficient to meet the threats. The region has been surprised by the emergence of major failures in traditional environmental issues, such as drinking water safety, suggesting that past successes are in jeopardy.

Or take the Latin American and Caribbean region, where greenhouse gas emissions are growing, a problem fueled in part by agriculture. UNEP notes:

In Asia and the Pacific, meanwhile,

Spreading desertification is a key threat for West Asia, while Africa's land degradation, due, in part, to deforestation, are among the environmental challenges for those regions.

And, of course, there's the Arctic region—"a barometer for change in the rest of the world" —with dropping levels of summer sea ice extent and glacier ice loss.

Among the recommendations UNEP calls for are scaling back fossil fuel dependency and increasing sustainable infrastructure investments.

While the UN body said there was still time to address many of the threats, urgent action, it stressed, was key.

"If current trends continue and the world fails to enact solutions that improve current patterns of production and consumption, if we fail to use natural resources sustainably, then the state of the world's environment will continue to decline," Steiner said, emphasizing the urgency "to work with nature instead of against it to tackle the array of environmental threats that face us."