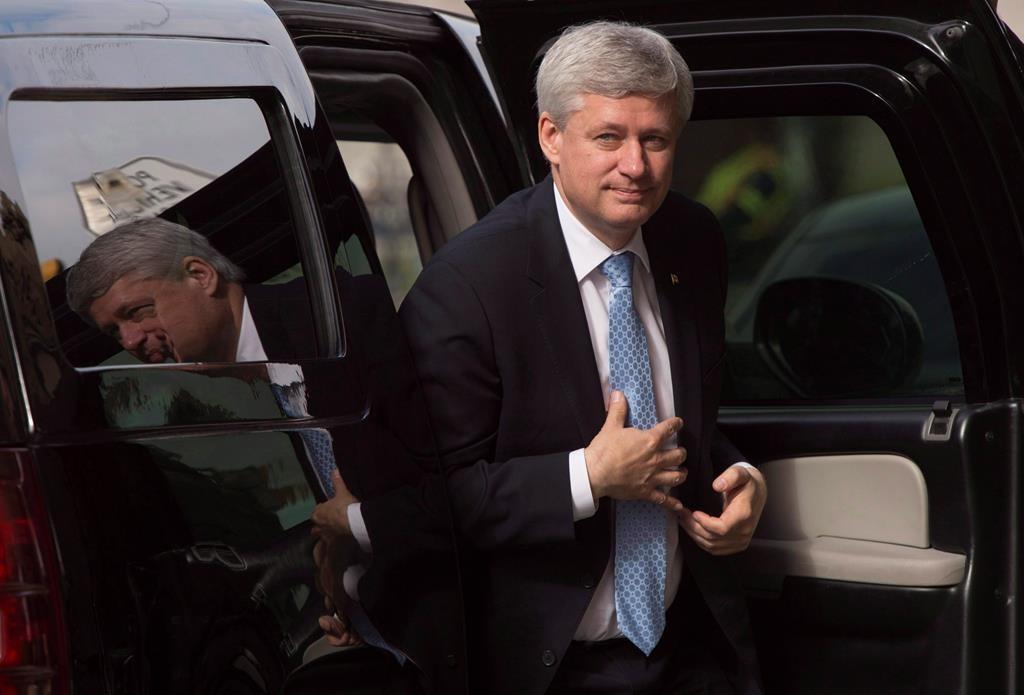 Former Prime Minister Stephen Harper is expected to continue as a Minister of Parliament. Photograph taken on May 25, 2016 by The associated Press.
Previous story
Next story

Stephen Harper is slowly closing his Ottawa office as he prepares to step down after serving for over 14 years as a member of Parliament.

The former prime minister and Conservative party leader is not expected to return when the House does next fall, already handing out new personal contact information to some as he prepares to launch his next career as an advocate for international causes that dominated his foreign policy while in office.

Harper resigned as Conservative leader after his party lost the October election, but stayed on as MP for his Calgary riding — a move not without precedent but which left many wondering how his party could move on if he wasn’t.

But he has discussed with several confidants in recent months what he might to do next. Plans are slowly coalescing for a foundation or institute that would focus on foreign policy matters such as advocacy for Israel and Ukraine and maternal, newborn and child health.

Spots on several corporate boards are being considered as well.

Harper already tested the waters for a role in international affairs when he travelled to Las Vegas in April to speak with the Republican Jewish Coalition on a range of issues including how to unite a fractured party and Middle East causes.

"Thanks all for a great weekend in support of Israel," read a message from his Twitter account after that meeting.

The issue of party unity is expected to be a theme of Harper’s speech to the Conservative convention in Vancouver on Thursday night, when he addresses party members in public for the first time since election night. Some hint of his future plans may also be in those remarks.

Harper was first elected in 1993 as a Reform MP and served until 1997 when he left to join a conservative advocacy group. He returned to the Commons in 2002 as the leader of the Canadian Alliance and of the Official Opposition, going on to become the leader of the modern day Conservatives in 2004.

A spokesperson for the former prime minister did not return requests for comment.

He has kept a low public profile since his party lost the last election, refraining entirely from any public comment on the new government — even as it dismantles elements of his government’s agenda.

He has been present in the House of Commons for votes. And widely circulated online was a screen shot of his surprised look in response to Prime Minister Justin Trudeau charging across the floor of the Commons last week, grabbing the Tory whip and colliding with NDP MP Ruth Ellen Brosseau in the process.

Those close to Harper say while many have sought his advice on issues before the House in recent months, he has not inserted himself into many conversations and despite an appearance at the party’s first caucus meeting, has not taken an active role there either.

Many MPs and party members have spoken critically since the election about the control Harper exerted over the party machine and from the prime minister’s office. The verdict in Sen. Mike Duffy’s trial last month was also a scathing indictment of some of the things that happened under Harper’s watch.

Some of that bad blood will resurface at the Conservative convention this weekend with several resolutions set to be debated on handing more power to the grassroots of the party.

Harper’s speech is expected to be short, and one he had to be convinced to give in person, rather than by video message which had been one suggestion on the table early on.

The 57−year−old is fond of telling friends the only reason anyone ever paid attention to him was that he was prime minister; and now that he isn’t, it’s someone else’s turn.