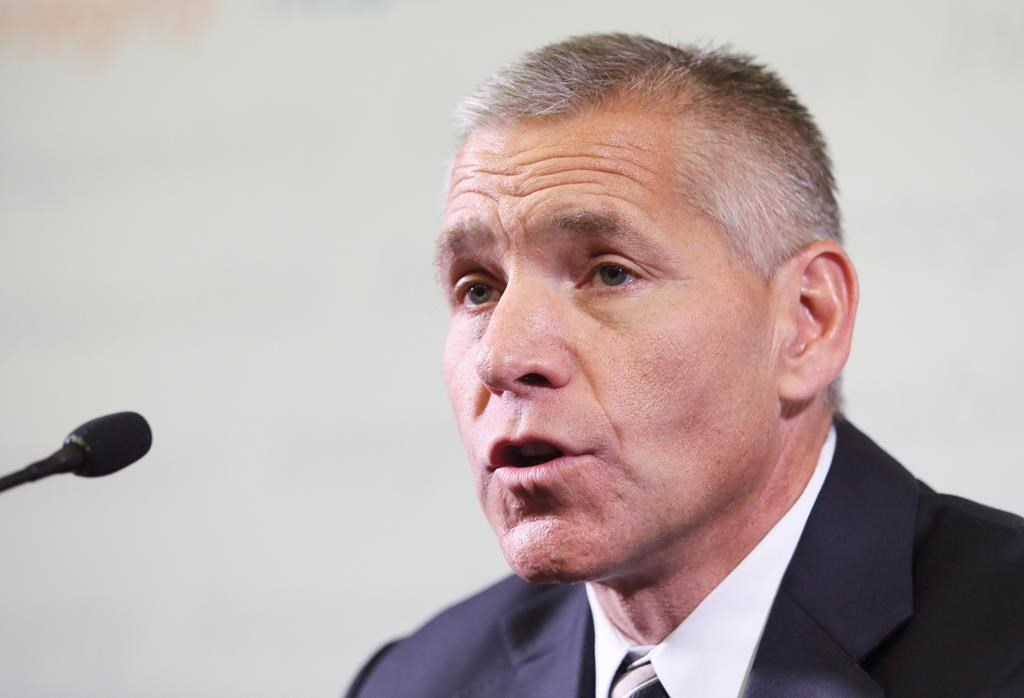 When you read the fine print in its 38,885-page application, TransCanada Corp’s Energy East pipeline may not be quite as Canadian as it claims to be, says Greenpeace Canada’s Keith Stewart.

If built, Energy East would become a 4,600-kilometre crude oil pipeline that ships up to 1.1 million barrels of oil per day between Alberta and New Brunswick.

Supporters in government and industry have billed this as a Canadian nation-building effort, providing a boost to Western Canadian oil producers that are seeking access to new markets.

But the Energy East application itself says it could ship up to 300,000 barrels a day from another proposed pipeline originating in North Dakota. Once this other pipeline was linked to Energy East, the oil could very likely be sent to U.S. markets on the East Coast, Montreal daily newspaper Le Devoir reported, quoting the company's application.

"TransCanada is trying to wrap this pipeline in a Canadian flag, but the truth is that they will do what is most profitable,” Stewart, the head of Greenpeace Canada’s energy campaign, told National Observer. "And that may well mean that a third of the oil Energy East carries comes from the U.S. and is re-exported outside of Canada."

TransCanada’s Energy East application explains that these 300,000 barrels a day could be delivered from North Dakota to Canada on the proposed Upland pipeline.

This would allow shippers in the Williston Basin, in midwestern U.S. states and prairie Canadian provinces, to have the capacity to transport their oil “to access various markets in Canada and eastern US,” a TransCanada spokesman said.

The proposal to ship U.S. oil to U.S. customers on Energy East appears to contradict the pitch on TransCanada's website where it says the project would build Canada's energy independence by displacing "foreign imports" and providing "a secure supply of oil in the safest way possible - by pipeline."

Because existing refineries in Quebec and New Brunswick have limited capacity to accept and process oil, Energy East is expected to generate new oil exports, potentially to markets such as Europe and India.

It's possible that some of the oil shipped on the proposed Upland pipeline would be Canadian crude from the Manitoba or Saskatchewan, but TransCanada said it couldn't provide a breakdown "due to commercial activities."

After this story was published, TransCanada noted that its president and chief executive officer, Russ Girling, had said more than a year ago that there was only 70,000 barrels of day of Bakken crude from the region that was contracted to be shipped out on Energy East, representing about six per cent of the proposed cross-Canada pipeline's capacity.

“And as I said, that 70,000 barrels a day can be sourced in either Canada or the United States," Girling had said last February. "I’d also remind you that 930,000 barrels per day of long-term shipping contracts have been executed for Energy East that are exclusively sourced in Alberta.”

This story was updated at 11 a.m. ET in response to an email sent to National Observer from TransCanada.