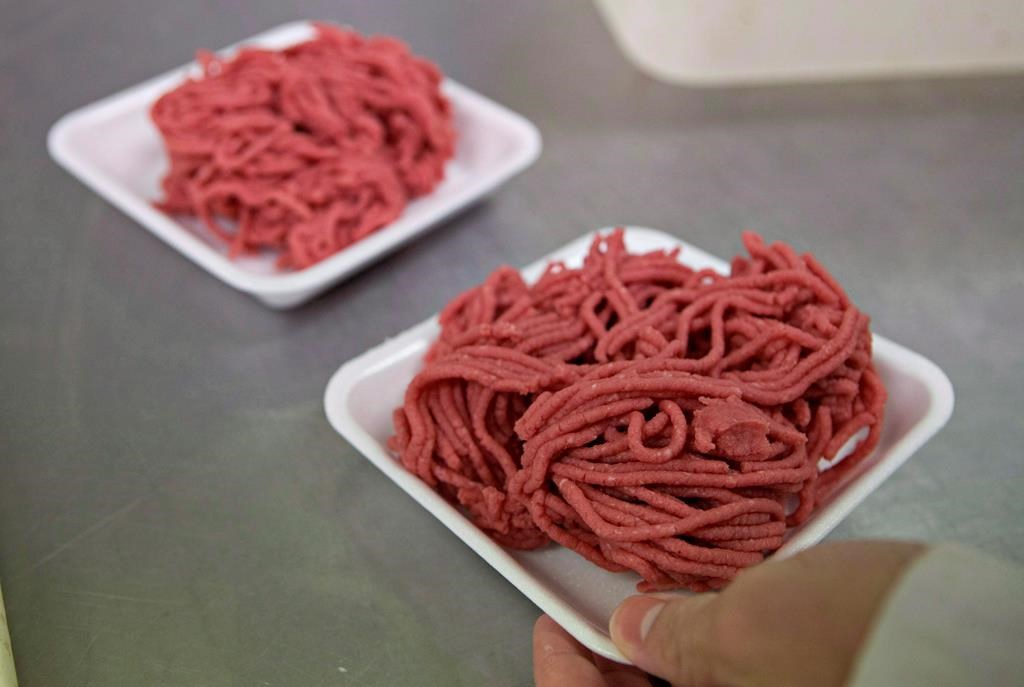 Health Canada will propose regulatory changes to Food and Drug Regulations next month that would allow the sale of irradiated ground beef in Canada.

A page on the department’s website states the proposed amendments would add fresh and frozen raw ground beef to a list of foods that are already permitted to undergo radiation treatment.

It says the purpose would be to allow, but not require, the beef industry to use irradiation to "improve the safety of their products."

Health Canada spokeswoman Maryse Durette says the proposed regulations for ground beef will be announced in June in the Canada Gazette and that a public consultation period will follow.

Industry groups in Canada have sought irradiation for over a decade as a way to prevent the spread of E. coli and other dangerous bacteria, but negative public reaction to it has slowed progress.

Health Canada earlier proposed to permit the sale of irradiated ground beef in 2002, but according to the web page it was never finalized "due to mostly negative stakeholder reaction."

"I think public perception has changed," says Mark Klassen, director of technical services with the Canadian Cattlemen’s Association, based in Alberta.

"When we ask Canadians if they think they should be able to purchase irradiated beef, they’re accepting of it."

Irradiation involves bombarding meat with radiant energy similar to X−rays. Critics claim it produces toxic compounds, like benzene, and reduces the nutritional value of food. They also say it changes the taste of meat.

The cattlemen’s association first launched an application to use irradiation for ground beef in 1998. Its updated application in 2013 to irradiate all kinds of beef followed a tainted beef recall at what was then the XL Foods plant in southern Alberta.

In 2012, 18 people in British Columbia, Quebec, Alberta and Newfoundland and Labrador got sick from E. coli linked to beef from the facility, leading to the largest meat recall in Canadian history.

Monique Lacroix, a researcher at the Canadian Irradiation Centre and at INRS−Institute Armand Frappier in Laval, Que., says irradiation will not significantly affect food. Lacroix says benzene is a volatile compound normally present in stored meat, and that when irradiation is done at the low levels proposed for the meat industry it doesn’t increase benzene or free radicals in an amount to be of concern.

"When you use the barbecue, you produce billions of free radicals. You also produce toxic compounds because you burn the fatty acids," she says.

Lacroix also notes irradiation will not significantly alter the taste, nor will it reduce nutrients at the radiation doses that would be used for meat, a conclusion she notes was confirmed by a joint committee of the World Health Organization, the International Atomic Energy Agency and the Food and Agriculture Organization of the United Nations.

Durette at Health Canada would not comment on what sort of labelling might be required for irradiated meat, such as a symbol which is required in the U.S. The website does, however, state that irradiated ground beef would need to be clearly labelled like all other irradiated foods.

Bruce Cran of the Consumers Association of Canada, which has been lobbying for irradiation, is pleased with Health Canada’s decision to move forward on ground beef. But he says chicken and salad vegetables should be irradiated, too.

"The science has been in on this one for decades that it does no harm," says Cran, who adds the risk of food−borne illnesses is high without it.

"They’re going to have a catastrophe if they don’t do something, in my opinion."

I wouldn't eat this.

I wouldn't eat this.