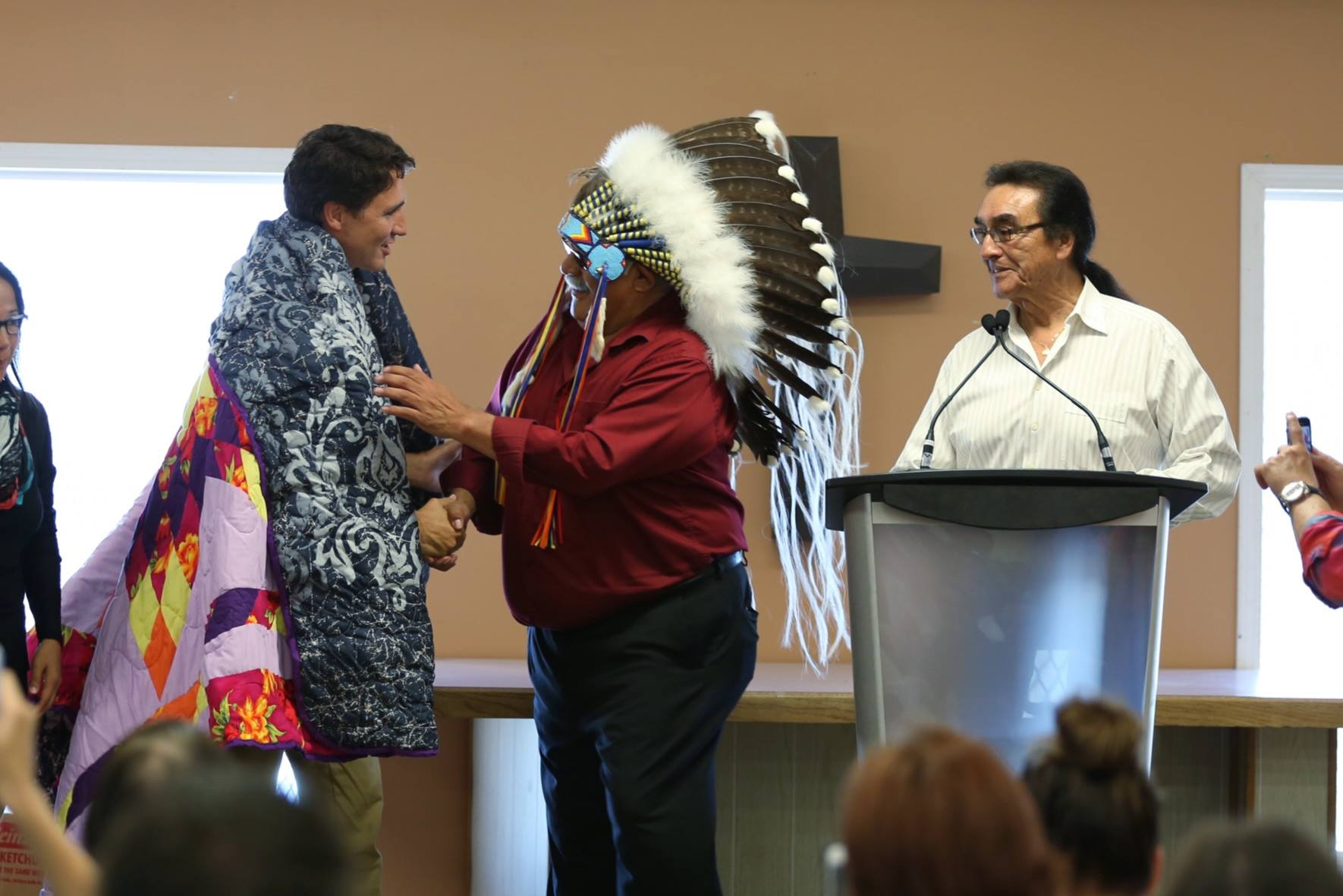 Trudeau told a virtual town hall with the Aboriginal Peoples Television Network in Winnipeg that languages are at the core of indigenous culture and identity. Communities that do a better job of teaching their own language and culture see "massive decreases in suicide rates," Trudeau said.

"This is something that we know is essential," he said Friday. "As an indicator of pride and identity, belonging and culture, indigenous languages are essential."

Trudeau pointed to the findings of the Truth and Reconciliation Commission on residential schools — released a year ago — which found preventing children from learning their own language was a powerful tool for assimilation.

"We need to counter that by celebrating languages," Trudeau said.

He wouldn’t say whether the federal government will recognize indigenous tongues alongside French and English as Canada’s official languages but said he looks forward to discussing the idea with chiefs.

A rash of suicides, with some victims as young as 13, has prompted several First Nations to declare states of emergency in the past few months.

Liberal MLA Judy Klassen, who represents a northern Manitoba riding, told the legislature Thursday that she and others from her home community of St. Theresa Point First Nation carry around box−cutters because "you never know when you will come across a child hanging from a tree."

"This is our nightmarish reality," she said.

Canada has failed for centuries to live up to the treaties signed with indigenous people, Trudeau said following a speech to the country’s municipal leaders. The Liberals have put over $8 billion on the table over five years to improve the standard of living for indigenous people but change will not happen overnight, Trudeau said.

"It’s not a problem that’s going to be fixed quickly."

But some say elevating indigenous languages to official status would be a huge step forward.

Part of the despair felt by many stems from past racist policies which sought to make people ashamed of their culture and language, she said. Officially recognizing indigenous languages would give First Nations their "rightful place" in this country, she said.

It’s ridiculous to fly into a remote northern reserve in Manitoba and hear the flight attendant give a safety message in English before putting on a French recording, North Wilson said.

"They should be broadcasting them in Cree because we want the elders to understand," she said. "That’s not honouring them as people."