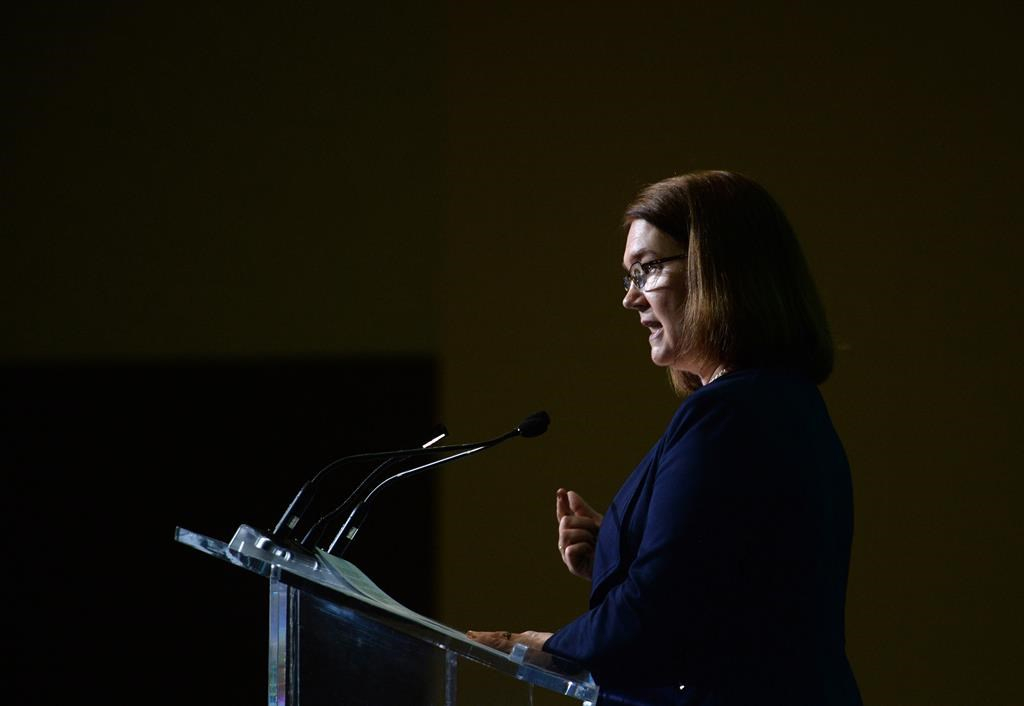 Health Minister Jane Philpott says provincial guidelines do not provide enough clarity and protection to physicians who may be asked to help their patients die, suggesting people will have trouble finding a doctor to assist them.

"Doctors may have inadequate protection and I expect in these early days, many physicians will be extremely reluctant to provide assistance to patients wanting medical assistance in dying," Philpott told a roomful of health−care professionals in a speech to the National Health Leadership Conference on Monday.

The minister reminded the audience that doctor−assisted dying is about to become legal — effective at midnight tonight, her office said — after the federal government missed a Monday deadline set by the Supreme Court for enacting a law in response to its ruling on physician−assisted death.

"Unfortunately, despite tremendous effort, this bill is not yet in place," Philpott.

"That means that, effective tomorrow, you may be asked to do something that has never been expected of you before — to help people end their lives. It’s a daunting prospect."

Medical regulators in every province have already issued guidelines for physicians on providing assistance in dying, based on the eligibility criteria outlined by the court.

Those rules impose safeguards similar to — and in some cases, even stronger than — those proposed in the government bill, C−14.

But Philpott said those guidelines are not enough.

"While I have faith in Canada’s health−care providers to carry out these responsibilities responsibly and ethically, I believe that regulatory guidance alone is insufficient, given the nature of what you will be asked to do," Philpott said.

And those guidelines do not apply to everyone, Philpott said.

"Nurses, pharmacists and others who assist doctors will not have the guidance or protection they need," she said.

She also noted the guidelines vary from province to province.

"We will have a patchwork approach to protection of the vulnerable, as safeguards vary across the country," she said.

"We will lack standard criteria for who is eligible," she said.

Philpott reminded the room that she, too, is a doctor and has experience helping patients deal with end−of−life issues.

She later declined to tell reporters what her advice would be to fellow doctors on whether to proceed with physician−assisted dying without legislation in place. She said they should contact their professional associations for advice. She urged the doctors to continue voicing their support for C−14, which is now in the Senate.

Senators are expected to hear today from renowned constitutional expert Peter Hogg, who will say C−14 does not comply with the Supreme Court ruling because it restricts access to people who are already near death.

"We firmly support the fact that this piece of legislation is compliant to the Charter of Rights and Freedoms of Canada, that it responds in an appropriate and responsible way to the Carter decision and there has been no shortage of consultation with experts," she said.