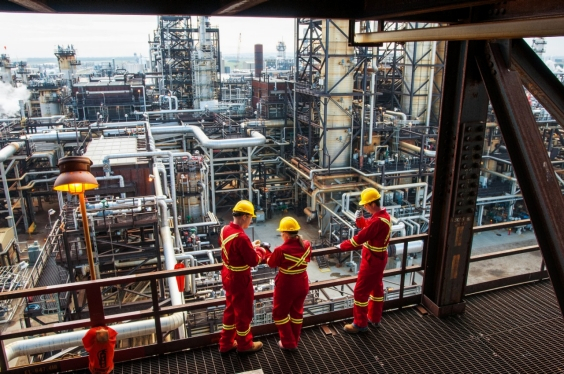 Royal Dutch Shell says it’s shifting away from growing its liquefied natural gas business, a move that raises fresh doubts about the future of its proposed LNG Canada project in Kitimat, B.C.

The company said Tuesday the pace of new investment in LNG will slow as it moderates growth and prioritizes cash flow generation and returns on existing projects.

Shell said while its integrated gas business was previously a "growth priority," it has now reached a critical mass after completing the acquisition of gas giant BG Group in February.

Oil and gas analyst Dirk Lever at Altacorp Capital said the announcement doesn’t mean an end to the company’s LNG Canada project, which could cost up to US$40 billion to build, but it could further delay development.

"They may just kick the can down the road, but it’s not dead," said Lever.

In February, Shell postponed a final investment decision on the project until the end of the year, a timeline it maintained in its latest presentation Tuesday.

A spokesman for Shell Canada said LNG Canada is an attractive project but it will have to compete against other projects in the company’s global portfolio.

The proposed Prince Rupert LNG project in B.C. that BG put on hold in 2014 does not appear on a list of projects with pending investment decisions in Shell’s presentation released Tuesday.