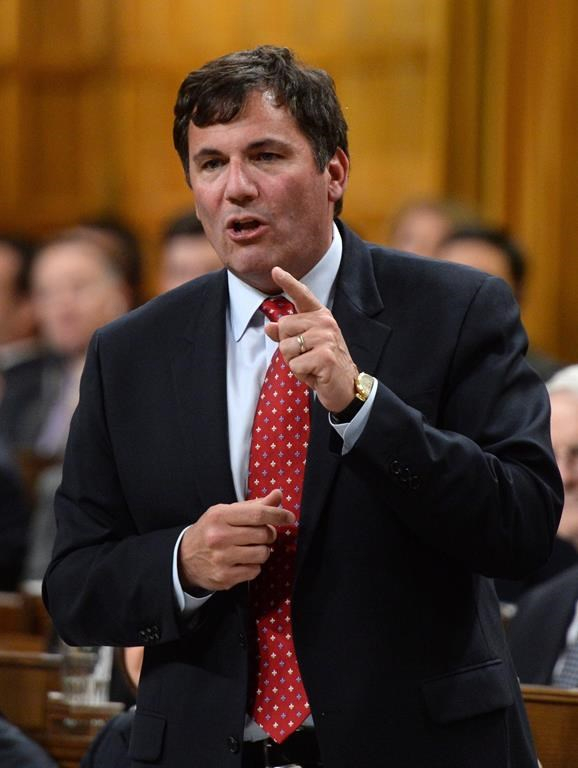 Liberal House Leader Dominic Leblanc speaks in the House of Commons on June 8, 2016. Photo by The Canadian Press.
Previous story

Dominic LeBlanc, who has the critical job of shepherding the new government’s agenda through the House of Commons, recently added the Fisheries portfolio as a result of the sudden departure of Hunter Tootoo to deal with addiction issues.

At a World Oceans Day summit Wednesday in Ottawa, LeBlanc made what sounded to some like a very public pitch to make fisheries his full−time job.

"As some of you know, I have been on this job now for eight days. Yesterday in question period they accused me of being a part−time minister," LeBlanc told a hotel ballroom packed with delegates from jurisdictions across Canada, including three of his fellow cabinet colleagues.

"The prime minister teased me: he said he thought I was doing the House leaders’ job part time — so he could imagine how bad it’ll be now."

The quip garnered only a few nervous laughs from the crowd.

The Liberals have had a rough time getting their legislative agenda on track, including missing a Supreme Court−imposed deadline this week for implementing new assisted dying legislation and being forced to backpedal on the composition of a key committee to study electoral reform.

The big Liberal majority came within a whisker of losing a vote on a government bill and employed a draconian procedural tactic to shut down debate and control the Commons schedule — known as Motion 6 — that the government was subsequently forced to abandon.

Liberals decided last week to stop applauding their own colleagues in question period in a bid to turn down the partisan heat. One source familiar with the decision said it originally grew out of the idea not to applaud when LeBlanc announced on May 19 that he’d withdrawn Motion 6.

With some cabinet ministers seen to be underperforming and Tootoo’s recent departure, rumours are swirling that a cabinet shuffle could be in the offing less than eight months after the Liberals won office.

LeBlanc, a veteran New Brunswick MP and close friend of Trudeau, has already asked his parliamentary secretary, Liberal MP Kevin Lamoureux, to stand in for him at numerous meetings of the House leaders.

On Wednesday he made what sounded like a job interview pitch for a long run at Fisheries.

"I was humbled but also excited by the opportunity it presents me and — you’ll forgive me for saying this at the beginning of my mandate — to follow in the footsteps of my father who held not an identical job but a similar job over 30 years ago," LeBlanc told the oceans summit audience.

Romeo LeBlanc was a minister in the former Liberal government of Pierre Trudeau, and in 1979 was named the first federal minister of "fisheries and oceans."

"Well I hope 40 years later, when somebody looks back on whatever time I will have the privilege of leading this department, the legacy for me I hope is defined by the work I can do with all of you on protecting and preserving our oceans, the ecosystems in our oceans, and leaving a legacy and a footprint that would inspire the people in this room and those whom your represent," said the younger LeBlanc.

The Conservative opposition has already served notice that it believes LeBlanc is unfit for Fisheries, as well as responsibility for the Coast Guard, due to his well−known personal ties to the Irving family in New Brunswick.

"They have numerous fisheries interests in Atlantic Canada, and Irving Shipyards is a key supplier to the Canadian Coast Guard," Conservative critic Mark Strahl told the House on Tuesday.

"Why did the prime minister put his part−time minister of fisheries, oceans and the Canadian Coast Guard into a full−time conflict of interest?"