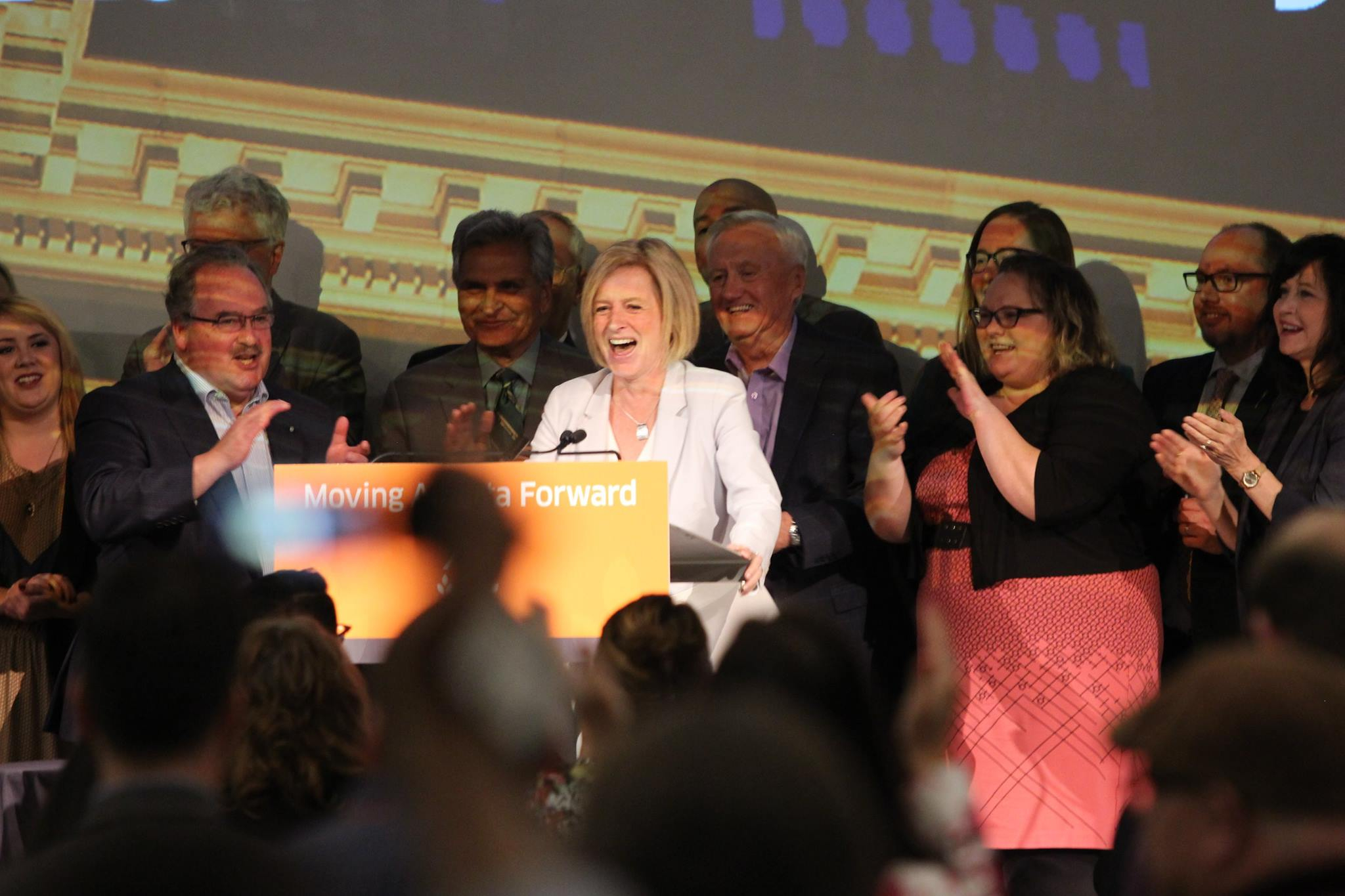 Alberta New Democrats walked away from a serious discussion about fracking last weekend, prompting accusations that the party was stifling debate to placate industry - a charge that the Energy Minister Margaret McCuaig-Boyd rejected.

McCuaig-Boyd, the NDP MLA for Dunvegan-Peace-Notley, made the comments after her party's delegates voted to postpone debate about a resolution calling for a moratorium on hydraulic fracturing - also known as fracking, a controversial natural gas drilling practice that is linked to methane emissions, tainted water supplies and earthquakes.

The energy minister said the party wasn't trying to avoid the issue to prevent a conflict with industry, but had held a democratic vote on which issues it wanted to prioritize for debate during the Alberta NDP convention.

“From my viewpoint, it was a pretty fair process,” she said. "From my perspective, I want fracking to be looked at from a scientific perspective. It’s not like we’re ignoring things."

She added that fracking affects regions differently, and that she wanted to "wait until we get the science going," before making any decisions. She said her department had a scientific review underway.

“It’s a huge issue, we all care about that. We all want good water, good air. I’ve said from the beginning, you can extract oil and gas from Alberta and you can still be environmentally responsible. I don’t see it as an either or," McCuaig-Boyd said.

Fracking has been linked to earthquakes across North America. University of Calgary geophysicist David Eaton helped author a study on fracking earlier this year, concluding that 90 per cent of the seismic activity in Alberta was directly linked to fracking or waste water disposal. A horizontal drilling operation near Fox Creek, Alberta was shuttered by the Alberta Energy Regulator in January after a 4.8 magnitude earthquake rocked the region.

NDP rural caucus member and Calgary-area rancher Nielle Hawkwood spoke to delegates on the convention’s first day, encouraging them to prioritize her resolution which was 56th on a list of 64 issues up for debate. The party only scheduled two hours to discuss as many resolutions as possible, which left no time for most of the topics.

But Hawkwood's efforts failed, and she accused the party of dismissing the debate in order to maintain good relations with natural gas companies. She said that the acting party president encouraged delegates to put the issue on the backburner by arguing that it was too complex to discuss on the convention floor.

“I’m disappointed to see that that kind of political maneuvering would be done within the NDP,” Hawkwood said. “They think it’s politically advantageous for them not to discuss fracking. But I object to that position."

Many outside the NDP caucus have called for a moratorium on the practice, including British Columbia Green Party Leader and MLA Andrew Weaver who issued the call after Eaton and his colleagues released their findings in March. Many others have already implemented moratoriums of their own, including Quebec, New Brunswick, Scotland, Maryland, and Wales.

The NDP government has also committed itself to promoting new pipeline construction in the province, including the controversial Kinder Morgan pipeline that would see Alberta oilsands transported by pipeline to the west coast in the pursuit of Asian markets.

The party's resolution on pipelines states that it should "urge the provincial government to discontinue advocacy or promotion of specific pipeline projects while stakeholders such as First Nations communities, Métis settlements, farm owners, and municipalities have expressed objections to a pipeline project being built through or terminating on their land."

The convention is now over, and the fracking moratorium resolution, along with most others, have moved to council where party officials will pass or pass on the motion.

​Still got love for the streets, it’s the NDP

Alberta Federation of Labour Director Gil McGowan helped the New Democrats wrap up their convention with a speech that praised the premier’s record, while advocating for increased protections for Alberta’s working class.

He believes that, despite “pushback from self-interested industry organizations,” Albertans are still just as supportive of the NDP as they were the day they elected them.

“I don’t buy the argument that Albertans are rejecting the New Democrat agenda. Just because the Wildrose says that’s the case doesn’t mean that it’s true,” McGowan said.

While McGowan believes opposition parties are spewing hot air when they say there is growing public backlash the NDP government's agenda, public opinion polls confirm that the governing party is struggling.

A ThinkHQ poll from April showed the Wildrose held a six-point lead over the NDP, with the PCs trailing the ruling party by only two points. The poll’s margin of error sits at 2.7 per cent, so those numbers might not depict as substantial a lead as they do on the surface. As the electoral map takes very, very early shape, the Wildrose continue to poll well in rural areas while the PCs polled well in Calgary — their former stronghold — and the NDP looked solid in Edmonton.

The provincial electorate has formed an effectual three-way tie one year into the NDP’s tenure — just like it did in the days and weeks leading up to the May 15, 2015 provincial election.

But the NDP faithful continue to back Notley, giving her a 97.8 per cent approval rating during a leadership review this weekend.

NDP delegate and University of Calgary Students’ Union representative Frank Finley said he’s on board with the Notley government’s pragmatic approach to the energy sector. He said he understands the need to use the energy we have access to in order to move toward a greener future.

“The vast majority of people [at the convention] agree with what the government is doing and realize that if we’re going to move to a less carbon-dense future, we can’t build that on a ghost town,” Finley said. “We need oil resources now to be able to fund that in the long run. I think the tiny bit of disagreement (that) is there doesn’t hurt. It’s okay to debate it. But those people aren’t very loud either. If they failed, they sat down and kind of accepted it.”

Finley likes his party’s chances in the next election.

“The political ideology of this party can’t be summed up in a 15 second sound-bite. I think the Wildrose can though — ‘cut taxes, less spending, cut taxes, cut taxes.’ That’s all basically it is. I think the New Democrats will be really well positioned in the next election. All they have to do is continue what they’re doing: passing reasonable legislation, [and] being adults.”

Just try and defy her!