Did spin doctors convince the NEB to change its tune on exploding pipeline? 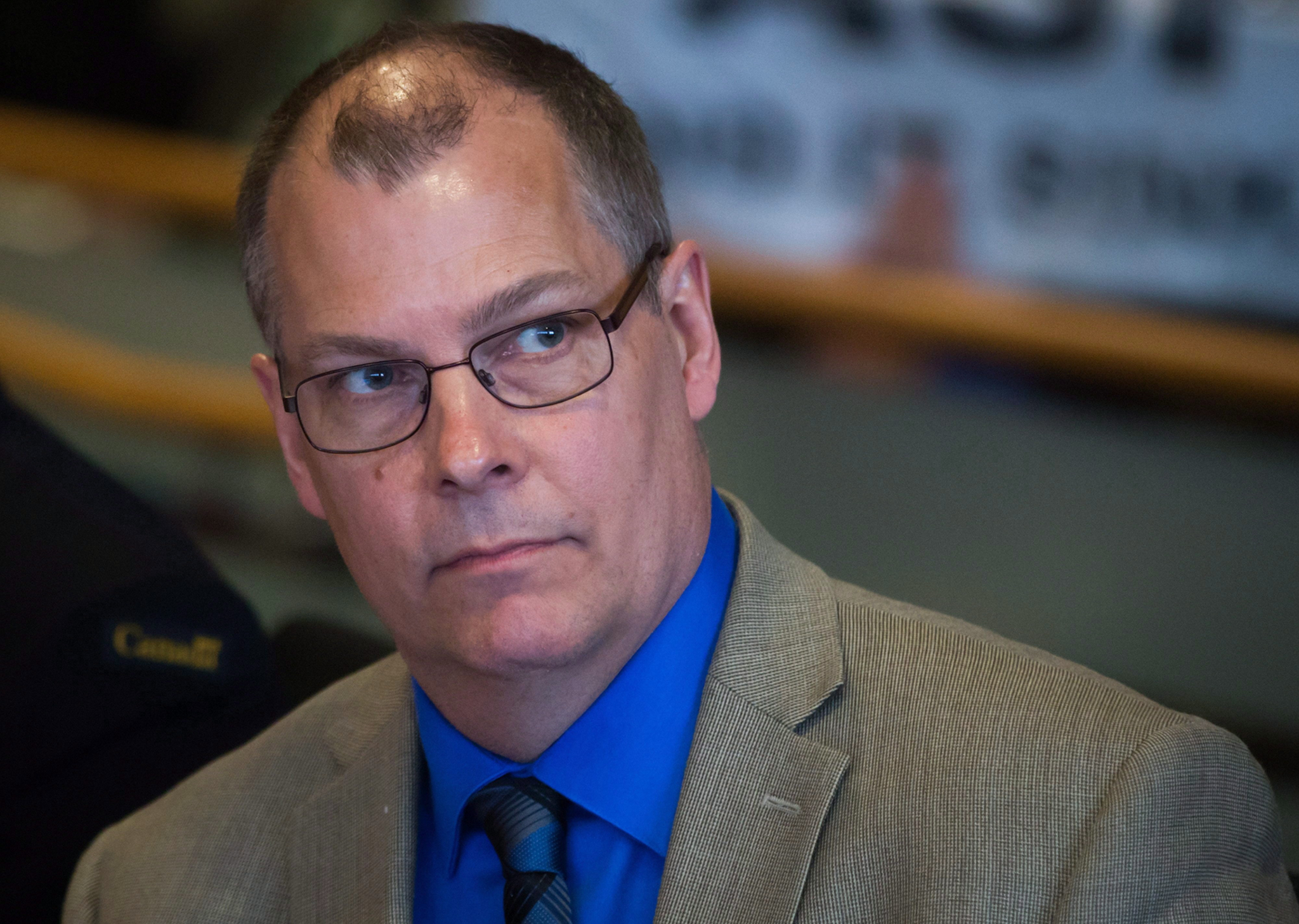 Canada’s pipeline watchdog changed its tune on the causes of a high-profile pipeline rupture after a parts manufacturer hired National, a prominent public relations firm, to address concerns about an emergency safety order issued in February.

The about-face came as the Quebec-based manufacturer, Ezeflow, pledged to work with the regulator and "correct the facts" in the wake of an investigation that found substandard parts were partly responsible for causing a TransCanada Corp. natural gas pipeline to blow up near the oilsands in Northern Alberta in October 2013. The rupture prompted the watchdog, Canada's National Energy Board (NEB), to issue the emergency order cracking down on substandard parts in pipelines, drawing protests from the manufacturer.

And while the NEB said in February that it was taking action to protect public safety, it now claims that it doesn’t know about any pipeline incidents “that can be attributed to the installation of substandard materials.”

A senior official at National's Calgary office said it had a conversation with the NEB about "timing and process" but explained that the firm was "not responsible for NEB messaging." The NEB didn't immediately respond to questions about its discussions with the public relations firm.

The shift in the NEB's language has prompted some engineering experts to question whether the watchdog is prioritizing public relations and a friendly relationship with industry over public safety. Ezeflow features prominently in oilsands advertising campaigns and supplies Canada's large energy companies.

“Experience has shown (us) many times in both Canada and United States that there is no true management program for substandard materials or construction techniques,” wrote former TransCanada engineer Evan Vokes in an email sent on May 22 to the NEB, with copies sent to Prime Minister Justin Trudeau, Natural Resources Minister Jim Carr and National Observer.

“Knowledge of this fact does not stop companies from putting their substandard materials in the ground to meet schedule when the NEB aids and abets this behaviour.”

Engineers at Canada’s National Energy Board, said last fall that pieces supplied by Ezeflow, were partly to blame for a rupture in October 2013 on TransCanada’s North Central Corridor pipeline - a natural gas line that supplies fuel to oilsands producers in Northern Alberta. At the time, NEB spokesman Darin Barter said that the parts were a "contributory cause” of the incident that disrupted oilsands production when the line shut down.

Ezeflow has maintained that the case was an isolated incident.

NEB engineers had based their conclusions on an investigation by the Transportation Safety Board of Canada which found that TransCanada was operating the pipeline at dangerously high levels and that inadequate components broke apart as a result.

Ezeflow pledged to "correct the facts"

Ezeflow has stressed that there were no problems with parts it supplied to other industry customers such as Enbridge Inc. The company said it exceeds safety guidelines.

Ezeflow president, Pierre Latendresse, also wrote in a letter to Enbridge and other companies on February 24, 2016 that it was going to "work with the NEB to correct the facts” about what caused the rupture.

“We answered all their questions (from pipeline companies) and honestly we haven’t heard anything since then,” Latendresse told National Observer in a phone interview on Wednesday.

He also said that there was never any fabrication defect with the materials and confirmed it had hired National, the public relations firm, to help coordinate its response.

"We were retained by Ezeflow earlier this year to develop a communication strategy and to provide communication support with customers, employees, and the public," said Nancy Arab, a vice president of the public relations firm who works out of its Calgary office.

The NEB has not explained its about-face over the cause of the exploding pipeline and did not immediately respond to questions about whether it had spoken to National on the issue. Arab said that her firm was not hired to communicate with the NEB.

Ezeflow has about 200 employees and is based in Granby, east of Montreal. In recent oilsands advertising, Latendresse has promoted pipelines and the oilsands because they help create and maintain manufacturing jobs. In one commercial, created by the Canadian Association of Petroleum Producers, Latendresse is featured describing how his company’s own employees believe that “every fitting is a piece of art and we take great pride in what we’re doing.”

The entire case and its aftermath is overlapping with a new federal government review of the NEB in response to criticism that it needs to be modernized to restore public confidence and address concerns that it is too cozy with industry.

The Transportation Safety Board of Canada said it had not been contacted by National, the public relations firm, but it defended the conclusions of its investigation into the pipeline rupture from last fall.

"All I can tell you is that we stand by our report," said spokesman Eric Collard.

NEB declines to talk to whistleblower on phone

Although reporting by the National Observer has revealed that the NEB encourages secret conversations with oil industry stakeholders, the NEB has so far declined to speak on the phone with Vokes, the whistleblower who has said he can help them address safety concerns.

Vokes made national headlines in 2012 for reporting a series of safety allegations at TransCanada that were later confirmed. He has criticized the regulator for failing to sanction industry for violations and allowing companies to pursue unsafe practices, noting that he first reported concerns about Ezeflow and another manufacturer, Thailand-based Canadoil Asia, in a written complaint that was sent to the NEB in May 2012.

After Vokes raised new allegations in May 2016 that he described as safety threats, the NEB did not address his concerns and instead triggered its new whistleblower protocol that restricts off the record conversations and direct contact between its engineering experts and complainants.

The NEB set up this protocol in 2016 following complaints from another pipeline industry whistleblower who accused staff of acting inappropriately in response to his complaints.

Vokes said the Canadian regulator has become disingenuous and lost sight of its primary duty to ensure public safety.

“Based on your communications, it would appear that constructing unsafe pipelines with partisan activities for the benefit of pipeline owners is the government of Canada's priority and objective,” he wrote as part of the lengthy complaint sent to the regulator in May.

The NEB told National Observer that any suggestion that it was disingenuous was “wholly inaccurate.”

As National Observer has reported, pipeline companies are being granted extensions on the emergency safety order because they are unable to report all the details of their use of substandard materials.

Texas-based Kinder Morgan, which has said it needs a few more months to verify its Trans Mountain pipeline between the Edmonton and Vancouver regions, said on Wednesday it was being cautious.

“In addition to what was provided to you yesterday, you should also know that while we believe that there is only a very remote chance that we might have any of the referred to fittings on our system, we are seeking to take the utmost caution and therefore are ensuring a thorough historical review of records is completed before responding to the NEB,” said Kinder Morgan Canada spokesman Andy Galarnyk in an email to National Observer on Wednesday.

The U.S. regulator, the Pipeline and Hazardous Materials Safety Administration, told National Observer that it recently proposed new pipeline regulations that would require operators to modify the maximum pressure on any lines when the companies had inadequate records.

The American regulator added that identifying “questionable construction materials” was a shared concern in both the U.S. and Canada.

Don Deaver, a veteran pipeline engineer from Texas who worked in the industry for several decades, said the regulators should immediately consider imposing safety measures such as pressure reductions on any of the questionable lines.

Deaver, who now works as an independent pipeline safety consultant, said that most companies store away their records in boxes and only bring them out after an incident instead of proactively promoting safety.

“It’s very interesting because they are required to keep records to be able to support their operating pressures and operating limits,” Deaver told National Observer in an interview. “But records don't mean anything if they’re not in a form where they’re relevant and useful to use for operations.”

The Canadian regulator dismissed the need for additional safety precautions while companies try to find files on their use of substandard parts.

“Companies are required to prove that their pipelines are operating safely. If a company is unable to operate their pipeline infrastructure within the regulatory regime, the NEB will take action,” the NEB said.

This story of substandard

This story of substandard pipe is not a new one. As part of the struggle against the Keystone XL, the same issue was raised by a pipeline engineer working for Trans Canada. After the arrests in Washington generated more coverage and support for the people fighting that pipeline, he came out and stated publicly that while he was not against pipelines, he was against this one. And for the reasons alluded to above. Substandard pipe, that he was calling out as inadequate, and that he was being told to ignore. The fact that much of the pipe was no longer made in America, but in China concerned him as well...since he felt the flaws were the result of another safety standard.

The evidence keeps mounting that the land through which these behemoths wish to travel is potential sacrifice zone. This should give pause to any urbanites in and around Vancouver who see the Kinder Morgan as any kind of road to prosperity. These big companies save money, not land or water bases.

And our NEB??? It's in need of a serious overhaul. Hope Justin T. is up to it.