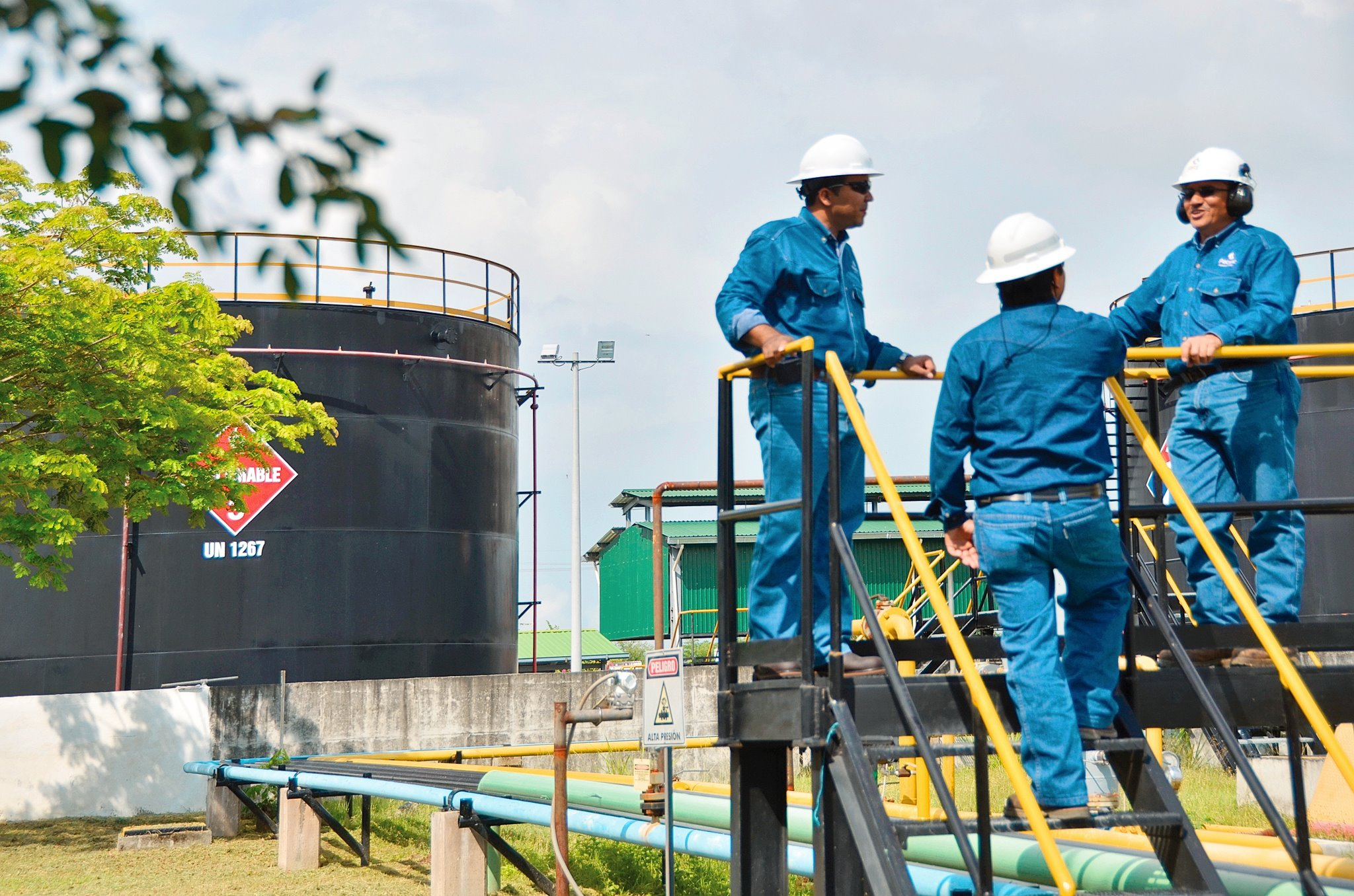 A Canadian oil multinational has been accused of violating human rights and environmental destruction in Colombia.

Toronto-based Pacific Exploration & Production is allegedly violating labour regulations, causing environmental damage, and negatively impacting the survival of local Indigenous communities near the Rubiales-Pirirí and Quifa oil concessions in Colombia, according to a damning report by a coalition of South American lawyers and international NGOs, released Tuesday.

The groups, consisting of the International Federation for Human Rights (FIDH), the Project for International Accompaniment and Solidarity in Colombia (PASO), and José Alvear Restrepo Lawyers Collective (CCAJAR), also found that Pacific had financial backing from Export Development Canada, bringing the Crown corporation's due diligence into question as well.

The company has categorically rejected the allegations as it undergoes insolvency proceedings in Canada. Pacific has handed the operations in question over to Colombia's Ecopetrol company, leaving human rights lawyers to wonder whether anyone will ever be held responsible for what they argue are a long list of rights violations.

"Who will assume responsibility at this point and provide remedy for social and environmental damage incurred over the course of the past years?" the NGOs demanded in a Tuesday press release. "The situation indicates that both Colombia and Canada have failed to meet their obligations to ensure that companies respect human rights and that victims are able to obtain redress. They must act now."

The report's researchers interviewed and surveyed residents of rural settlements near the oil operations, along with staff at Pacific and its subcontracted partners, and local, national, and international authorities. They found that 81 per cent of employees did not believe their employer allowed for free and voluntary union membership, and that the subcontracting models used by Pacific amounted to illegal outsourcing.

They further found that the company had contracted a private security company which hindered the movement of free trade unionists, members of Congress, and community leaders, and has disturbing "co-operation agreements" with the Colombian Prosecutor General's Office and National Police that have not been made available to the public.

“The Canadian embassy was alerted right from the beginning of the investigation," said Geneviève Paul, a program officer for Above Ground who was involved in the research through her former work for FIDH. "It’s really concerning because the activities are taking place in the broader context of a free trade agreement with Colombia.”

Above Ground is an Ottawa-based NGO that helps provide Canadian court access to those harmed by Canadian companies overseas. Paul said Above Ground is also concerned with the report's allegations that while Pacific may have followed protocol in its consultation with local Indigenous communities, these communities lacked information on the impacts the oil industry would have on their territories.

In an email statement to National Observer, Pacific said that it "completely and categorically" disagreed with the report's findings. Pacific is part of a select group of 28 companies admitted to the international Voluntary Principles on Security and Human Rights initiative, and has strict sustainability and ethics guides.

And while Pacific's Rubiales and Quifa oil fields were first in the world to be certified for responsible oil production under the EO100 – Equitable Origin (EO) standard for sustainable barrels in 2014, the report accused it of discharging 300,000 barrels of improperly treated wastewater into Rubiales Creek, contaminating local water sources.

It also claimed that the company failed to comply with its environmental license by discharging 47 per cent more water than was allowed, and may have contributed to an enormous spike in seismic activity as a resulted of its wastewater injection underground, though no causal link could be proven.

On July 1, Pacific turned its operations at the Rubiales concession over to a Colombian majority state-owned company called Ecopetrol, a working partner of several years. While Pacific has now entered into insolvency proceedings in Canada to avoid bankruptcy, Ecopetrol is taking the reigns on its oil fields, leaving mitigation for environmental and human rights abuses up in the air.

Above Ground's Geneviève Paul also criticized Export Development Canada — a federal Crown corporation that operates as an investment bank, providing loans and other financials services to Canadian companies that do business abroad — for financially backing the company.

“It’s shocking in many regards," said Paul. “We’re very concerned there didn’t seem to be a any strong due diligence done before Export Development Canada's (EDC) decision to finance Pacific and Ecopetrol.”

In 2014 and 2016 both companies were financed by Export Development Canada, swinging the spotlight onto the Canadian government as well. The report — and Above Ground — argue that EDC, which reports to the Minister of International Trade, did not perform due diligence before giving cash to the corporations.

EDC declined to comment on the report until it had time to give it proper review.

But in a statement, Global Affairs Canada said the government was "actively assessing" Canada's approach to corporate social responsibility.

"Canadians expect all of our businesses operating abroad to respect human rights, labour rights, all applicable laws, and to conduct their activities in a socially and environmentally responsible manner," the department told National Observer.

"We are committed to demonstrating real leadership around the world on corporate social responsibility."

The report was presented on Tuesday in the Colombian capital of Bogotá, and includes recommendations how the Canadian government can ensure human rights are respected in areas near the extractive projects of its companies. Above Ground will be taking the report to the appropriate authorities in Canada as well.

The federal Global Affairs Department also noted that EDC operates at arm's length from government even though it reports to Parliament through the minister of international trade.

"EDC conducts its risk assessments and due diligence on each transaction, independently of the government, and makes its own decision on each proposed transaction," the department said.

"With respect to Colombia, in recognition of the historic signing of a permanent ceasefire on June 23, 2016, the international development minister (Marie-Claude Bibeau) this month announced over $57 million for five initiatives. This funding will specifically support peace implementation and help Colombians who have been directly affected by the conflict, especially women and youth."

Editor's note: This story was updated at noon on Wednesday with comments from Global Affairs Canada.

The story headline is

The story headline is misleading in that the company is not “Canadian petroleum giant”. Indeed, its total assets are valued at less than $5 million and it is described as a junior natural resource company. It is unclear how much of those $5 million of assets were provided by the Export Development Corporation It filed for insolvency protection in Ontario on April 27, 2016. And in American and Colombian courts as well.

Nevertheless, it appears to have done environmental damage and been involved in human rights violations in Colombia.

What seems most bothersome about this story is the involvement of the Export Development Corporation. Its involvement in this as well as a number of other questionable transactions, demands an open and transparent discussion by the federal government reviewing the mandate and the exercise of that mandate by the EDC. EDC should not be allowed to hide behind the notion of proprietary rights to prevent providing information on precisely what it is financing and how it is doing that. The EDC should have its mandate modified in a way that it is loud to help Canadian producers export but not to finance foreign ventures. There are other aspects of the EDC’s activities that need review as well such as its capacity and willingness to do human rights assessments.