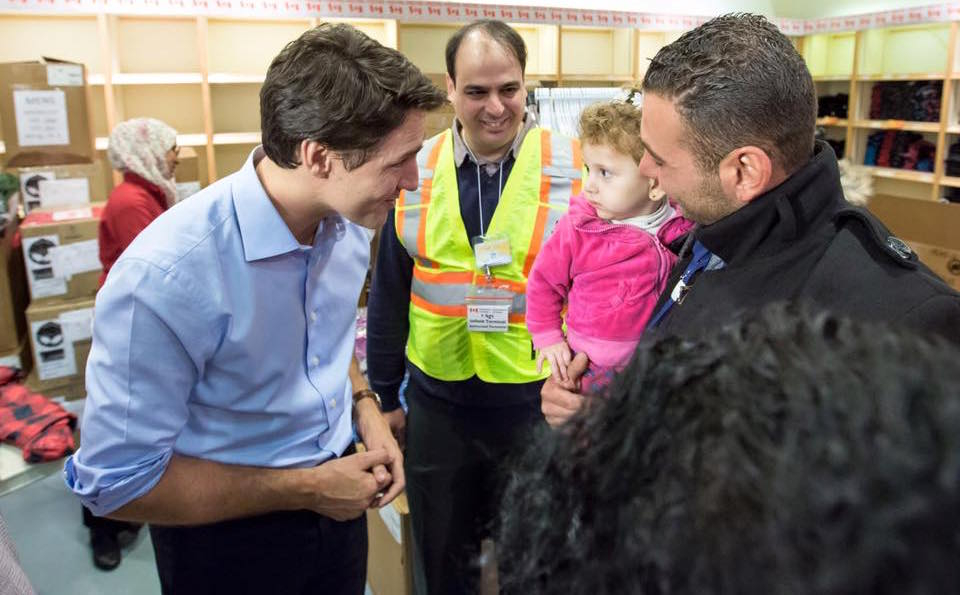 People who backed a plan to bring 25,000 Syrian refugees to Canada in a matter of months largely expected no increased risk of terrorism as a result, newly released federal polling information reveals.

About 44 per cent of those surveyed in November were in support of the plan. And of them, about 60 per cent thought there would be no change to the terrorism threat facing Canada in the next six months.

However, 35 per cent of respondents didn't support the plan were concerned, and 55 per cent of them told pollsters they thought the threat of terrorism in Canada would increase in the next six months.

Overall, the results suggest that while people around the world may directly link immigration with terrorist threats, that's generally not what is happening in Canada, said one expert.

The poll was carried out just before the Liberals revealed how they were going to meet a campaign promise to resettle 25,000 Syrian refugees by the end of 2015. The plan they launched kept the target but pushed back the date to February 2016.

The poll also came on the heels of a terrorist attack at a Paris nightclub linked to Islamic militants.

It is unusual for the Immigration Department to ask explicit questions on terrorism in a poll about attitudes towards immigration, said Jack Jedwab, the director of the Canadian Institute of Identities and Migration.

Terrorism is usually a matter for public safety, he said.

"When the immigration authorities use it, the pollster is suggesting a potential link there, even though it's being refuted by a lot of people — which is nice to see," he said.

The $83,486 contract for the poll had actually been signed by the previous Conservative government for the annual tracking of attitudes towards immigration.

But a spokeswoman for the department said after the election, the questions were repurposed.

"It was important to assess Canadian attitudes towards security and terrorism in light of the existing global environment and the commitment to resettle of a large number of refugees," Nancy Caron said in an email.

"There were numerous media articles citing security concerns related to the processing of Syrian refugees which illustrated the need to get a better sense of Canadian attitudes and concerns," she added.

The questions weren't asked again in a second wave of polling on attitudes towards Syrians done the following January.

The November survey found 44 per cent of those asked were in support of the resettlement program. By January, that number had climbed to 53 per cent.

The November survey found that of those who opposed the plan, 15 per cent cited security concerns as their main reason. By January, that number had dropped to seven per cent.

In both surveys, the main reason for supporting the program was the same: it was the right thing to do.

"The big take away is a majority of Canadians thought this was our humanitarian duty; that's not what you're seeing in parts of Europe," Jedwab said.

The polling results were posted online by the Immigration Department.

The surveys also asked Canadians about their level of personal involvement in supporting Syrian refugees.

In November, 10 per cent of those surveyed said they had personally taken steps to help Syrian refugees settle in Canada. By January, that number had risen to 19 per cent.

In both surveys, the largest proportion of people who had personally taken steps was in Atlantic Canada, while the lowest was in Quebec.