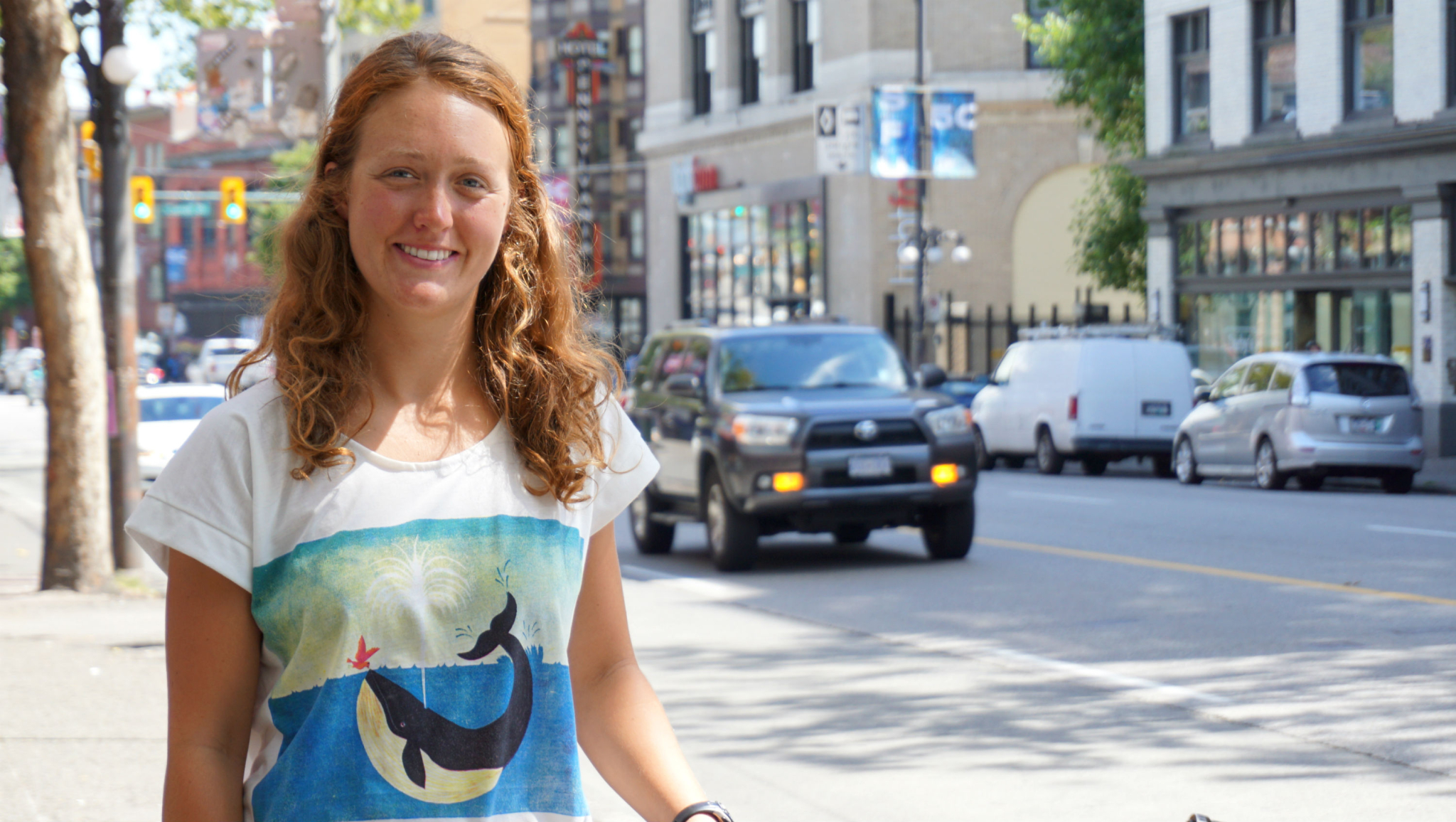 Canadian athlete Rachel Schoeler doesn't mince words when asked about her recent decision to stay away from bacteria-infested waters in Sasamat Lake, B.C. for a Canada Day meet.

Too many people were feeding the geese, she explained, and leftover food floating in the water can easily foster dangerous bacteria. There was also the small matter of too much fecal coliform, found by the Fraser Health Authority, and the beach was closed due to contamination.

A number of other swimmers dove into the lake anyway, she said, but she refused as a matter of principle. Athletes competing at the 2016 Rio Olympics don't have that luxury even though human body parts were recently found in the bay designated for the marathon swim, triathalon, wind surfing and sailing events.

According to a study by the University of Texas School of Public Health, athletes who ingest just three teaspoons of water from the contaminated bay in Brazil have a 99 per cent chance of being infected. Dead animals, plastic, garbage, and furniture are only a sample of the vile items reported to pollute its waters, and the athletes competing this August have been told to swim with their mouths closed to avoid contracting serious illness from the water.

Schoeler isn't competing at the Rio 2016 Games, but she has been advocating for swimmable water for years and believes the Olympic athletes are facing a tough decision.

"I chose not to swim to protect my health and my values," she told National Observer, "... but if you’re an Olympic athlete, are you going to not go because you might get sick? You’ve been training your entire life for this and it’s the only chance you might get."

Schoeler is on the fence: part of her thinks the swimmers, sailors, and rowers should protest, but part of her understands that after all of their hard work and sacrifice, getting sick might seem like a tolerable price to pay. The bright-eyed 25-year-old has called for a stronger response from the Olympic Committee to Rio's water quality issues because she doesn't believe athletes should be forced to make these decisions:

"I would encourage the Olympic Committee to choose countries with the athletes safety in mind," she said. "To my knowledge, when they selected Rio as the host city, specific water quality guidelines were set that had to be met in time for the games. My question would be why hasn't there been more follow up on those guidelines?

"It's all good and well to set goals and targets to improve water quality but if no one holds you to those goals and you aren't punished for missing the targets, then what's the point?

The importance of swimmable water

Schoeler, a native of Richmond Hill, Ont., has been advocating for clean swimming water since in 2008, when she moved to Vancouver to study natural resources conservation at the University of British Columbia. She had always been a pool swimmer growing up, but the sparkling waters of Canada's famous coastal city inspired her to take on open water swimming as her next big adventure.

Despite describing herself as an "average swimmer" as a youngster — making it to provincial competitions but never placing in any of her short distance races — she excelled at distance swims in fresh and salt water as an adult.

In 2014, Schoeler became the second woman to complete the gruelling, 35-kilometre swim across the Georgia Straight and the first woman to do it without a wetsuit for protection. She raised $17,000 in pledges in the process — money she donated to the Fraser Riverkeeper group, which is dedicated to keeping B.C.'s waters fresh, clean, swimmable, and fishable.

Schoeler has heard nightmare tales of rashes, ear and eye infections coming from rowers, kayakers and paddle boarders in Vancouver's polluted, urban False Creek, but has never fallen ill from swimming herself. She has however, had a couple of frightening run-ins with seals and jellyfish.

Earlier this month, on July 17, she and a partner did a relay swim of the renowned English Channel — a race two years in the making due to the necessity to train her body to handle frigid, hypothermia-inducing temperatures. But while the George Straight swim was far more physically demanding (she swam nearly 12 consecutive hours), she preferred it still to the English Channel.

“When we were swimming the Channel it was super clear so you could see fish and jellyfish," she explained. "I didn’t like that at all, it’s not for me.”

The makings of an open water swimmer

Despite her success, Schoeler has no Olympic ambitions herself, but said she will probably do another Herculean swim before she retires from the sport for good. Even then, she added, she will never stop swimming recreationally — at this point, swimmable water runs through her veins.

"When I quit swimming to come to university, I was out of the water for four months and then freaked out and had to go back," she admitted. "I think it will always be a part of my life.”

What she loves most about open water swimming over pool swimming is the freedom and adventure, she explained, likening it to the difference between running laps around a gravel track and running through a mossy forest. The former feels like work, she said, while the latter feels like play. She also loves the intimacy of open water swimming, she added, where there's no race, no competition — only you, your goals, your thoughts, and the water.

“You totally zone out," she said, laughing. "For both of my long swims, the most common question is, ‘Oh is it hard?’ Well I can tell you about the first hour and the last hour, but everything in between is totally blank.”

Open water swimming is a constant war between one's brain and body. To jump willingly into ice-cold water and push yourself for hours on end sounds a little crazy, to many and Schoeler said even her dad thinks she's a little nuts. She trains six days a week in preparation for her big swims, eats as much as she can, and relies on her friends and family to double as her spotters and her cheerleaders on the boat beside her when she hits the water for the final event.

And in the water, she said, she relies heavily on her brain power to keep herself lucid as the freezing temperatures take over.

“I usually think about something that’s warm," she said. "Hot tubs is my go-to thing to think about because the water is so cold. I also tell myself, 'I’m okay' a lot. I ask myself questions like, ‘What’s my name? What’s my birthday?’ so I know I’m not hypothermic. It’s a test to see if you have still have regular function.”

So does she understand why an Olympic swimmer might consider getting sick for his or her moment in the spotlight? Absolutely, she said. She also knows what it's like to have others look up to you not just as an athlete, but a human being as well.

Inspiring others through sport

"I’ve had a lot of people come up to me and tell me they’re so inspired by what I do and they feel like they can do it too," she said. "And that’s the whole point. To get more women doing it especially is huge. It’s a male-dominated sport.”

And Schoeler has also inspired herself — after completing swims that the nine-year-old version of herself, paddling laps in her backyard pool, would have considered impossible — she has learned that there's nothing she can't do if she puts her mind and body to task. Her concept of what's "difficult" and "too hard" has forever been changed, and she's happy to continue sharing her swim story if it pushes even just one person to pursue their dreams.

She doesn't define herself as a 'swimmer,' she said, but others do, and they look up to her for it. She is furious that this experience has been tainted for the Rio Olympic swimmers.

"It is our natural right to enjoy swimmable water and we all deserve to have access to regular water quality info about our beaches, especially after significant rain events," said the advocate, who pipes up about swim water quality through her work on the Vancouver Open Water Swim Association.

Of course tests have shown that the water quality has improved since concern was first raised at the Olympics, said Schoeler, but that can change with temperature and rainfall in a blink of an eye. Indeed, if you search for "water quality" on the Rio Olympics website, positive headlines hailing progress cover the page.

"It would be nice to read about both sides on the Olympic website," she said. "I wonder if they will be releasing daily water quality info to the athletes during the games? Something to read up on."

The corruption in the IOC has

The corruption in the IOC has been well documented for many years, yet governments continue to pander to it. If governments cared about their citizens they would have refused to risk the lives of teams and demanded venue changes or threatened to boycott. Instead, their negligent advice is to avoid ingesting the water when many terrible parasites or pathogens enter in other ways. Olympics are so corrupted by $, ego, cheating, environmental destruction, etc, they are detrimental to many hosting as well as participating countries. They should have been stopped years ago.

The drama around the Olympics

The drama around the Olympics is getting stale. Perhaps it's time to give them up. They have become fairly corrupt in lots of ways. And too expensive to hold. Also I'm not sure the money spent on Olympic athletes is worth it. Perhaps it would be better spent on facilities for children across Canada.
There is nothing I want our government to do about Rio. If the athletes don't feel safe perhaps they shouldn't go.