By The Canadian Press | News, Politics | August 2nd 2016
#445 of 1551 articles from the Special Report: Race Against Climate Change 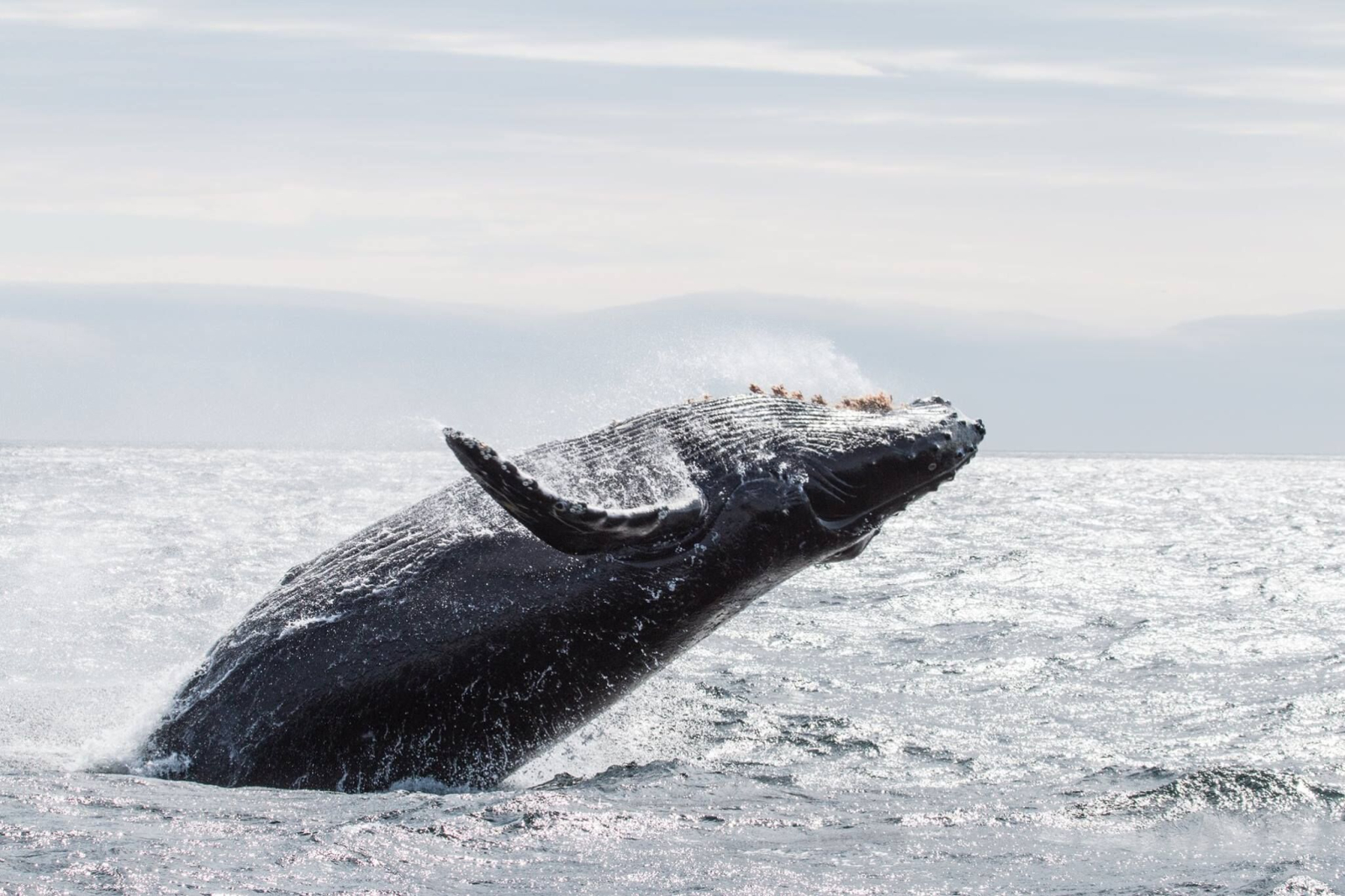 Humpack whales, like the one pictured here breaching the water, feed on small fish like herring with declining populations. Photo from Eagle WIng Tours.
Previous story
Next story

Herring and other small fish are in decline in Canada and more needs to be done to protect them, a new WWF−Canada report says.

The conservation group said the report, released Tuesday, looked at 27 fisheries and found three fisheries in Atlantic Canada in critical condition, including two herring stocks in the Gulf of St. Lawrence.

Forage fish are vital to whales, seabirds and other predators, and are also critical to the recovery of commercial fisheries such as northern cod, the group says.

The report also said the status of stocks was unknown in 75 per cent of the fisheries, including all capelin fisheries and all the fisheries in British Columbia.

It says in all cases, fisheries management does not sufficiently account for predator needs.

It says more needs to be done to protect forage fish, including gathering adequate data about stocks to inform fisheries management decisions.

"Populations of large predators like humpback whales, along with seabirds and commercial species such as cod, will never recover if they don’t have enough food to eat," David Miller, president and CEO of WWF−Canada, said in a news release.

"It’s shocking that many of these fisheries are being managed without adequate information about the stocks."

Heather Grant of the Ecology Action Centre in Halifax said the findings are not surprising, as her group published a similar report earlier this year. She said it’s a complex issue because forage fish are important prey but they are also used as bait.

"If you look at heavily limiting the amount of fishing that’s allowed, you’re looking at very serious impacts to fisheries like lobster or crab, which heavily rely on forage fish for their bait," said Grant.

"There’s also a lot of uncertainty in the science and there’s so much we don’t know about what’s happening... So there’s a lot of reluctance to take a precautionary approach to managing the species because of those economic implications."

"We can’t manage them if we don’t know how well or how badly they’re doing and if we don’t know what factors are influencing their health," she said. "I think that’s something that really needs to be made a priority because it’s hard to manage a species well when you have no idea what its status is."

For want of a nail, the shoe