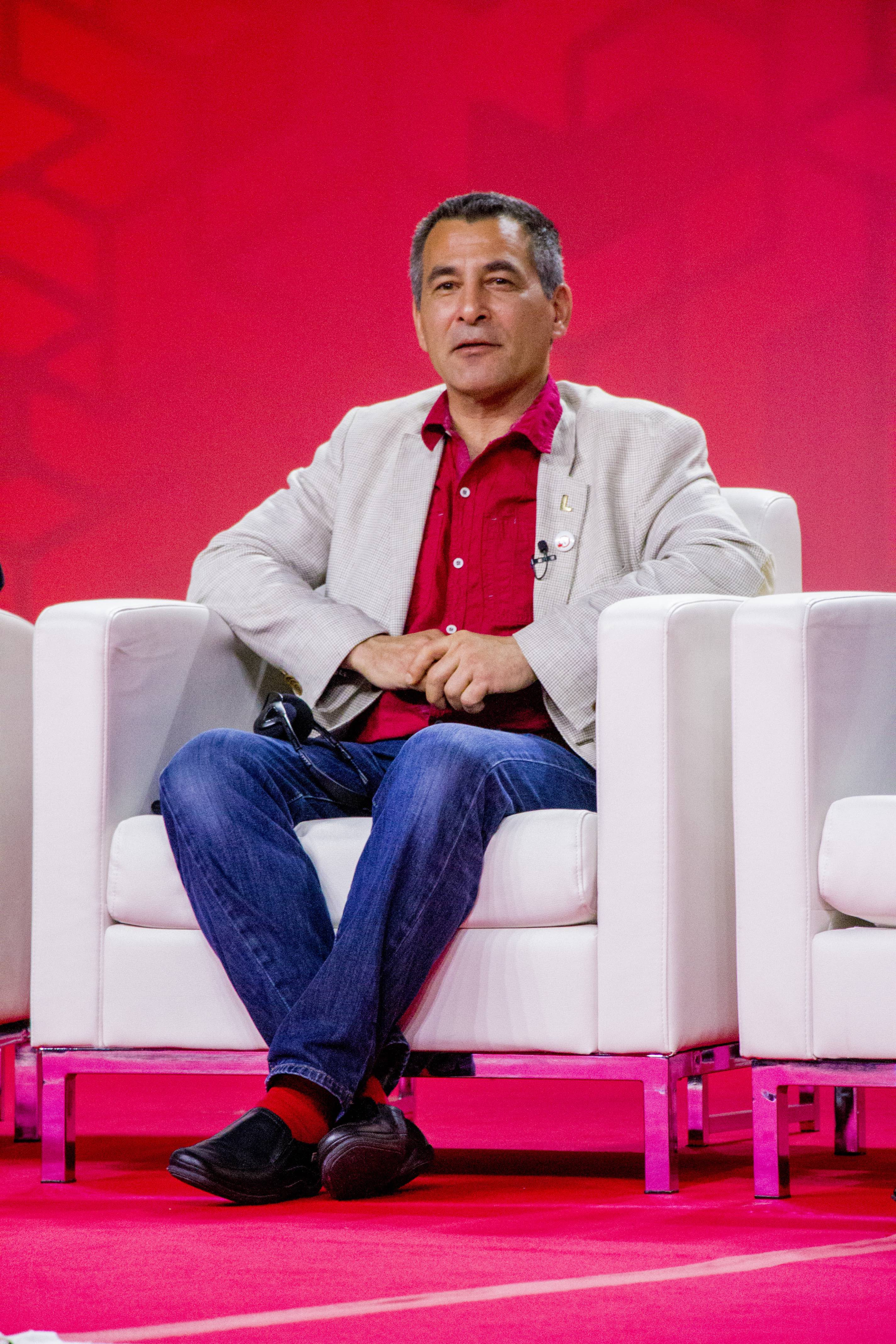 Prior to his resignation as fisheries minister, Hunter Tootoo appeared on a panel at the Liberal convention in Winnipeg on May 27, 2016. Photo by Bea Vongdouangchanh.
Previous story
Next story

Nunavut MP Hunter Tootoo, who cited an alcohol problem for why he left the Liberal caucus and cabinet earlier this year, is now admitting to a "consensual but inappropriate" relationship with an unidentified person.

Tootoo, who declared his return to politics late last month after a two−month hiatus to seek treatment for addiction, had been at the centre of persistent rumours that he was involved with a staff member.

In a videotaped statement, Tootoo says he informed Prime Minister Justin Trudeau of the relationship on May 31, quit the party and checked himself into rehab.

"I let my judgment be clouded and I also let alcohol take over my life," Tootoo said in a statement delivered on camera at the CBC studios in Iqaluit.

"I am ashamed and I apologize to all involved, especially the people of Nunavut. I am deeply sorry."

A statement from the Prime Minister’s Office corroborated Tootoo’s statements, noting that Tootoo "took full and sole responsibility for his inappropriate workplace conduct."

Last week, Tootoo came under pressure from constituents and critics in his Nunavut riding for failing to disclose more details about his decision to step down and sit as an Independent.

Iqaluit Mayor Madeleine Redfern urged him to come forward and clear the air.

"It puts him — and it puts us — in an extremely difficult position,"Redfern said in an interview at the time. "We only have one member of Parliament."

Tootoo, 52, declared in May he would be stepping down as fisheries minister and leaving the Liberal caucus before beginning a leave of absence to seek treatment for an alcohol problem.

That leave of absence ended last week when he invited local residents and journalists to his office in Iqaluit for a news conference and open house, billed as a chance for constituents to "address their concerns."

"I know I let people down — my family, friends, and the people of this riding — and myself," he said at the time. "I have work to do to regain their trust and respect. That work begins now."

Nunavut _ a territory the size of western Europe _ only has a single federal seat. It is the largest but least populous of all of Canada’s provinces and territories. It’s home to about 34,000 people, 84 per cent of them Inuit.

During last week’s news conference, Tootoo attributed his drinking to "deeply personal and private issues," saying he used alcohol as a coping mechanism. In his statement today, Tootoo intimated it was the relationship he was referring to.

By Elizabeth McSheffrey | News, Politics | May 31st 2016
Race to a Safer World