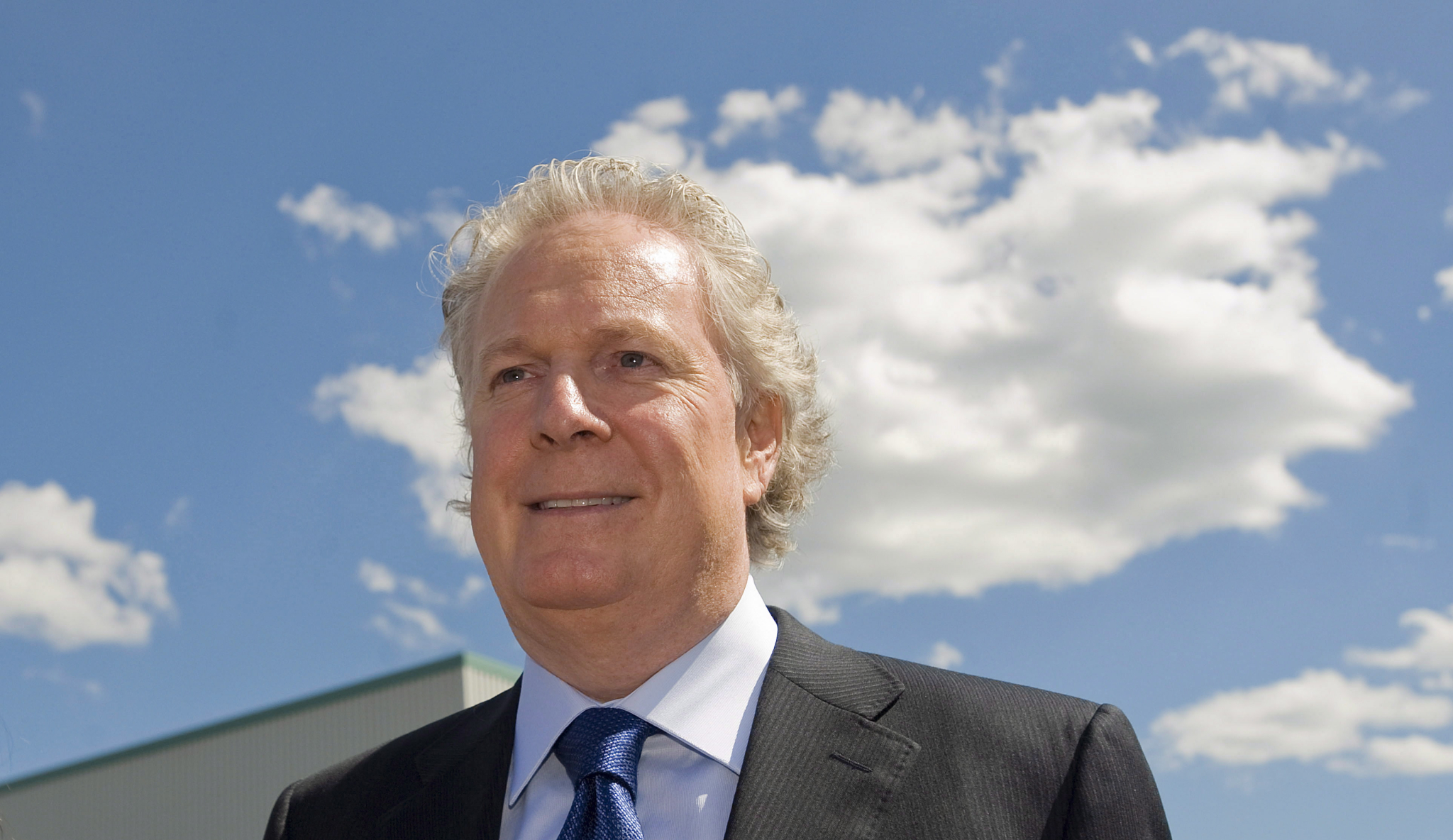 It wasn't just former Quebec premier Jean Charest who met privately with the National Energy Board chairman, panelists and other federal officials during a series of controversial meetings last year to chat about the Energy East pipeline.

Documents released to National Observer by the NEB show that the federal energy regulator also met with prominent Montreal business leaders about the pipeline review in January 2015. The NEB, a federal court and law enforcement agency, is not supposed to engage in these types of discussions to avoid compromising the integrity and fairness of federal hearings.

The bombshell revelations come from internal emails and notes released by the NEB this week that prompted it to apologize for making false and misleading statements in July about the meetings. The NEB had told National Observer last month that its representatives had not engaged in any discussions about TransCanada Corp’s 4,500-kilometre Energy East pipeline project during its trip to Montreal.

Calgary-based energy company, TransCanada, hopes to build the multibillion dollar pipeline, with support from oil producers and investment bankers who believe the new infrastructure from Alberta to New Brunswick will allow the industry to expand access to new markets overseas. Environmental groups and First Nations leaders are fiercely opposed to the pipeline, arguing that it will lead to spills while also pushing Canada’s climate change goals out of reach.

The discussion of Energy East, outside of the formal hearing process scheduled to begin in New Brunswick next week, has thrown a monkey wrench into the proceedings since it raises questions about the impartiality of two of the three panel members, Jacques Gauthier and Lyne Mercier. Gauthier specifically highlighted that he wanted to discuss the Energy East project in an email to Charest’s law firm, McCarthy Tétrault.

Charest, who had left politics by that time, was under contract as a strategic consultant for TransCanada when he attended the January 2015 meeting at the Montreal offices of McCarthy Tétrault, but he was not registered to act as a lobbyist.

“It’s always important for a decision maker in a regulatory matter to not be biased,” said Charles Hatt, a lawyer from Ecojustice, an environmental law organization that is representing a group from Kenora, Ontario, that is participating in the Energy East hearings. “And we’re going to be looking into that.”

There were five representatives from the NEB who met with Charest and other stakeholders in January 2015 during a two-day trip to Montreal: NEB chairman and chief executive Peter Watson, Gauthier, Mercier and two NEB staff members, Jean-Denis Charlebois - a director at that time from the Montreal office - and Tom Neufeld, the vice president of communications.

The two NEB employees, Charlebois and Neufeld, prepared the notes that confirmed that the Energy East pipeline project, as well as Enbridge’s Line 9B reversal project in Ontario and Quebec, were both discussed at the meetings with Charest, as well as with Michel Leblanc, the head of Montreal’s main business lobby group, Board of Trade of Metropolitan Montreal.

The NEB group also met with Montreal Mayor Denis Coderre, representatives of Quebec municipalities as well as a federation of business lobby groups during the same trip.

The notes show that the participants discussed Energy East as well as political and public relations strategies to discuss pipelines at all of the meetings.

Charlebois’s notes revealed that someone asked, during the meeting with Leblanc from the Montreal business lobby group, whether Energy East could proceed without support from Quebec natural gas utility company, Gaz Métro. Someone at that meeting also suggested that there were “trust issues” with rising tensions over Energy East.

Leblanc was traveling on Friday and could not immediately be reached for comment.

But according to the notes from Neufeld, the NEB’s vice-president of communications, one participant suggested during the meeting with Leblanc that there was a need to build public trust to convince Quebecers to support the Energy East project.

In an apology to National Observer and its readers, NEB spokesman Craig Loewen wrote on Thursday that he had asked two meeting attendees from the NEB in July whether the Energy East project was discussed. He said he then responded to a media request from National Observer "in good faith indicating that Energy East had not been discussed based on recollections of the meeting that had occurred over a year earlier."

Loewen declined to name the people he had consulted who provided the inaccurate information that has now been refuted by the release of the internal emails and notes.

The stunning revelations from the meetings have prompted harsh criticism from some groups who said that the NEB appeared to be giving privileged access to the business community to discuss pipelines.

Lorraine Caron, a member of a Montreal area citizens advocacy group called Citoyens au Courant, said she had tried to join in a meeting that the NEB was having with some local elected officials in the spring of 2015, but was told she wouldn’t be allowed to attend.

The Trudeau government has noted that it has introduced a series of measures to rebuild public trust in federal oversight of industrial projects, including plans to appoint additional members to the NEB to review the Energy East project. But it has declined to indicate any further measures needed as a result of this week's stunning revelations.

The NEB hearings on the Energy East project are scheduled to begin in Saint John, New Brunswick on Monday and continue over the coming months in Quebec, Ontario, Manitoba, Saskatchewan and Alberta.

Steven Guilbeault, a director at Équiterre, a Quebec-based environmental group, confirmed that his own organization was invited to meet with NEB Board members and officials later in 2015, but were baffled by Gauthier and Mercier's decision to attend the meeting.

“I think we can salute the fact that the NEB wants to be closer to stakeholders,” Guilbeault said in an interview on Friday. “But I think there are certain limits within that conversation that you cannot cross.”

Guilbeault said that he and his colleagues made a point of telling the NEB officials that they believed it was unusual for Gauthier and Mercier to be part of the meeting and that they were uncomfortable about it.

TransCanada has declined to say whether any of its staff knew about Charest’s meeting with the NEB while the former premier was under contract to promote the pipeline. But the energy company’s chief executive, Russ Girling, said last month that there was nothing secretive about its dealings with government.

“But there’s nothing behind the scenes that’s not transparent,” Girling told reporters during a media event hosted by TransCanada in Ottawa on July 14. “The NEB process will be transparent. Everything is available for public information. We have nothing to hide.”

Charest’s office has not responded to requests for comment since National Observer revealed that the former premier and his counsel, Grégory Larroque, from McCarthy Tétrault had met with the NEB.

Larroque, like the NEB, had denied that there was any discussion of Energy East at the January 2015 meeting, and he criticized National Observer for writing about it after the article appeared.

“Your article is a concentration of dubious insinuations,” Larroque wrote in a short email to National Observer on July 8. “You have twisted my words. We are far from journalism with a capital J.”

Here is the full text of the NEB's apology to National Observer sent on Thursday, August 4, 2016:

In January of 2015 the NEB Chair, two board members, and two staff members met with several individuals and groups in Quebec, including Jean Charest. The purpose of these meetings was to better understand how the NEB could effectively engage in Quebec and which stakeholders the NEB might consider meeting.

The NEB was not aware of any contracted work Mr. Charest may have had at the time.

On July 7, I received your media request about whether Energy East was discussed at that meeting.

I discussed your request with two of the meeting attendees from the NEB. I responded to your media request in good faith indicating that Energy East had not been discussed based on recollections of the meeting that had occurred over a year earlier.

In the weeks following, the NEB received a ATIP requests for records relating to the meeting. After conducting a thorough search for records, staff found handwritten notes from the meeting that we were not aware of when we responded to your media request. The notes include reference to TransCanada’s work in Quebec. I’ve included a copy of these notes in this email. Additionally, NEB Board Member, Jacques Gauthier, mentioned Energy East in an email to Mr. Charest’s assistant. A copy of this is also attached in this email.

When an individual or group brings up an application during a meeting with Board Members, they are advised that we can’t discuss the substance of the application but we can speak to the process aspects of the application. While those we met with, at times, wanted to discuss pipeline projects that were being adjudicated upon by the Board, at no time did the NEB officials at the meetings permit any inappropriate discussion of those matters.

The NEB sincerely apologizes to you and your readers that this material was not provided at the time of your media request. While there was no ill-intent in our response, the Board deeply regrets that our search for records at that time was not comprehensive and that our response did not accurately reflect the meeting.