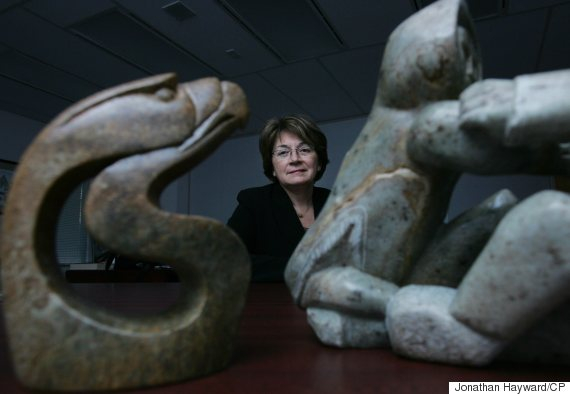 Ottawa has turned to a high−profile northerner to advise it on where to spend money in the Arctic and ensure those that live there have a voice in how it’s spent.

"I’m trying to look at what will make a difference to the communities," Simon said. "My role will be to make recommendations to the federal government on how we can make investments."

The appointment stems from last March’s state visit by Prime Minister Justin Trudeau to the White House. At the meeting, Trudeau and U.S. President Barack Obama released a joint policy statement on the Arctic.

The policy includes promises to conserve Arctic biodiversity, incorporate traditional knowledge into decision−making and work toward a sustainable Arctic economy.

Simon said that could include initiatives to improve the slow and unreliable Internet service so many northern communities must deal with.

"If we had good access to Internet services, at the same standards we enjoy in the rest of country, we could provide real opportunities for communities, both in terms of education and health. There’s a potential for many, many things if we didn’t have this digital divide (between north and south)."

Simon said she’ll also work to ensure northern First Nations are not only consulted on projects that affect them, but have a say in their design and operation. That could include new protected areas such as the one being considered for Lancaster Sound.

"One of the areas that we’re looking is in terms of protected areas. We’re trying to develop a new concept that would allow Inuit to have the power over these areas — management and the jobs that are created.

"We’ve been knocking on the door for many years to be part of the decision−making process."

The job will also entail looking at investments that would encourage sustainable jobs, as well as ensuring traditional knowledge becomes an equal partner in scientific study of the North.

Simon has also been asked to consider what investments will be needed to mitigate the effects of climate change, which are already starting to bite in the Arctic.

Her job will also include working with land−claim groups across the North as well as territorial governments.

Simon has been involved in northern politics for more than three decades and has seen her share of government reports on the North be tabled and shelved. She believes this one is different.

"I’ve been told by the Prime Minister and the minister I am working with that they really want to deal with the issues that are facing the North. I’m optimistic that they will take me seriously."

Simon is to file a pair of interim reports this fall and a final report next March.