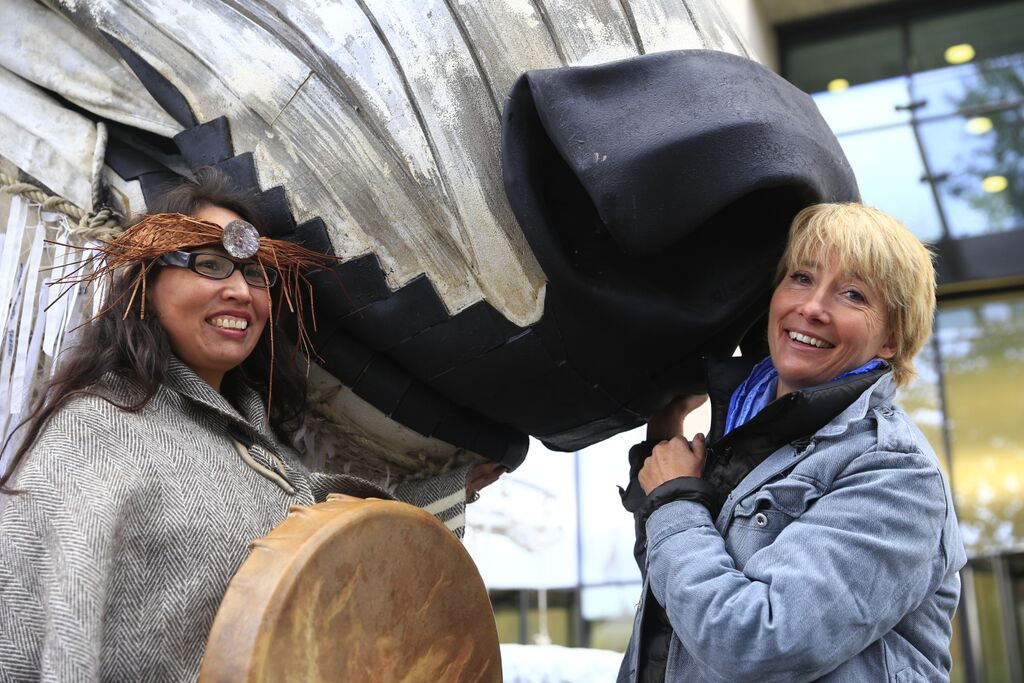 British actress Emma Thompson says she’s visiting a remote Inuit community in the Canadian Arctic to help them in their fight against seismic testing in the ocean they depend on for food.

Thompson is part of a Greenpeace delegation spending two weeks in Clyde River, Nunavut, about halfway up the eastern coast of Baffin Island.

The community is opposing National Energy Board approvals for offshore seismic testing, saying the underwater blasts will harm and chase away the marine mammals they hunt.

The Supreme Court of Canada is expected to hear their appeal in November.

Meanwhile, Thompson — a two−time Oscar winner — says her role is as a "storyteller."

She says she will use her celebrity and communication skills to bring attention to the community’s fight.