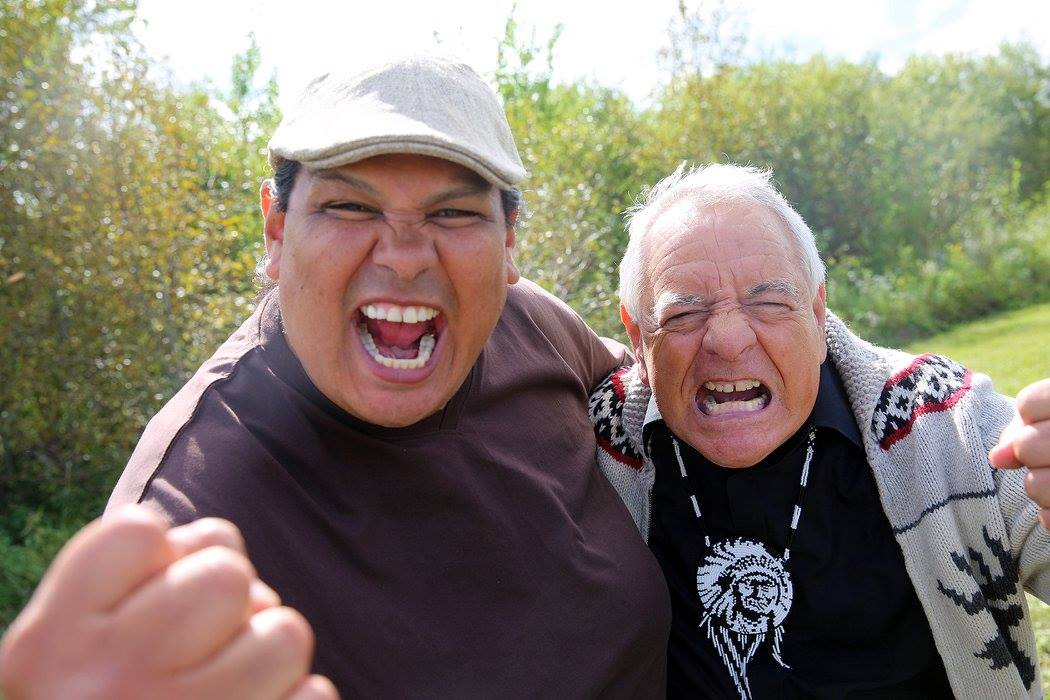 The struggle to stop these projects has been carved forever into their memories, but as of last Monday, it has also been carved into the journey of a wooden totem pole that travelled more than 8,000 kilometres from the Lummi Nation in Bellingham, Wash. to the heart of Treaty One territory in Winnipeg.

The totem pole, measuring 22 feet in length, made stops along the way at various Indigenous-led movements against fossil fuel expansion in North America, with the goal of recruiting more partners in the climate change battle, and strengthening alliances between Indigenous tribes, advocacy groups, and community leaders that support the cause.

And today, precisely one week after the conclusion of its remarkable journey, First Nations leaders in Canada say the initiative has been incredibly effective, and Indigenous people across North America are sharing "unprecedented unity" when it comes to protecting their culture, livelihood, and sovereignty. It's generating a powerful and influential force that is suddenly impacting the future of every major resource project across the continent, and beyond, Indigenous leaders say.

Partnership part of a prophecy

“I share the excitement about the unprecedented unity taking place in the United States and in Canada, and really across the world in this moment," said Clayton Thomas-Muller, a 'Stop It At The Source' campaigner for 350.org and member of Manitoba's Treaty 6 Mathias Colomb Cree Nation.

Thomas-Muller helped bring thousands of people together in Winnipeg last week to welcome the totem pole to its final resting place, by the home of a respected elder at Turtle Lodge in Fort Alexander, Man.

“When we did some of the biggest protests ever in the history of the climate movement in relationship to the Keystone XL tar sands pipeline," he explained, "that set up a circumstance that we have today, where Indigenous peoples are the leaders of this new climate movement, standing there at the front line with other communities of colour and challenging power in really beautiful way.” 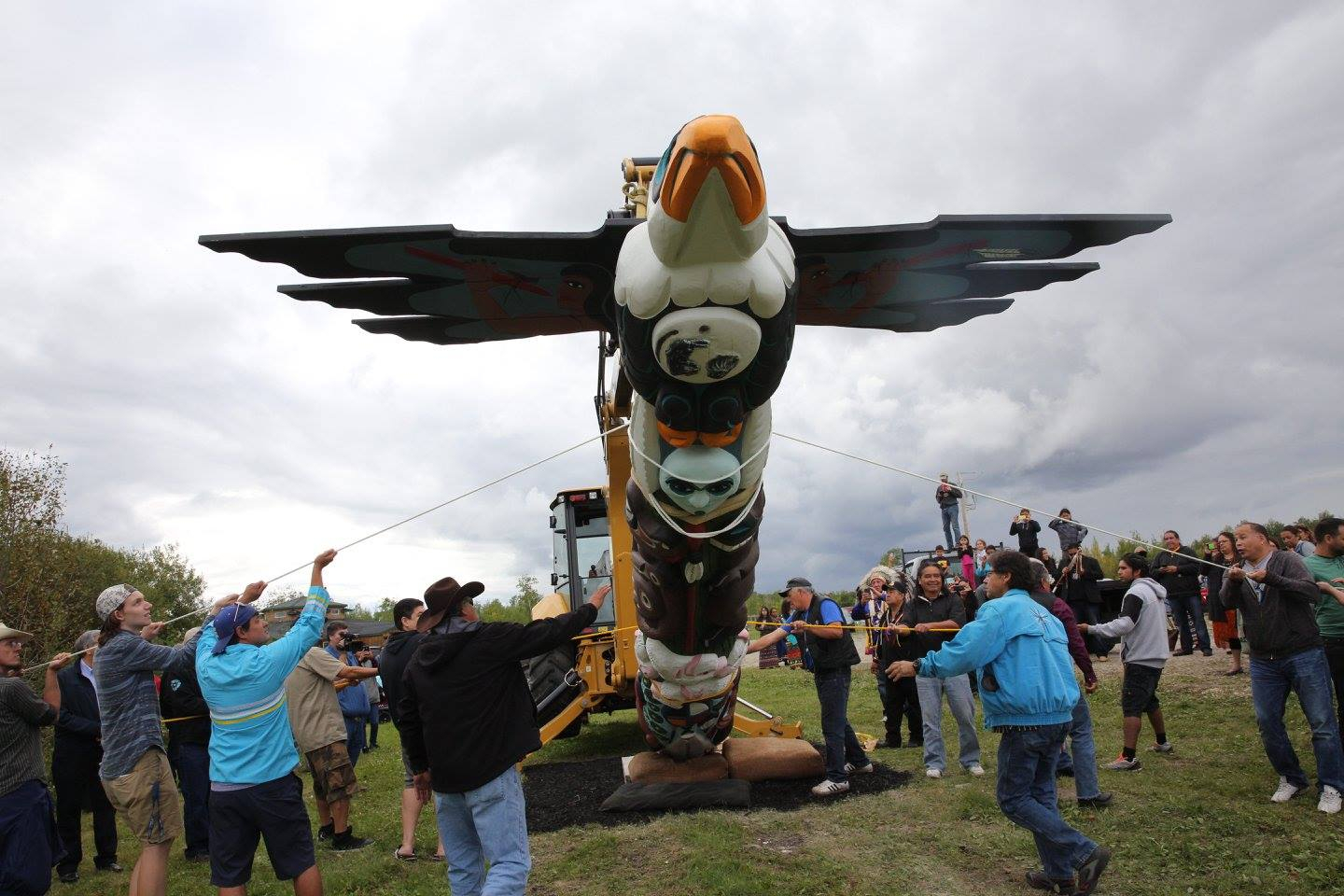 Indigenous activism in North America has packed a powerful political punch for years, from the virality of Idle No More, to grand slam court victories that have held powerful industry interests at pay and laid pipeline projects to rest for good. Thomas-Muller is one of many who trace its momentum to prophecies that foresaw Indigenous youth coming together to guide older generations a better world.

“That’s what I feel is happening, where we see unprecedented alliances, more elected leaders every day stepping forward to tell big oil, ‘no,’ under immense economic and political pressure," he told National Observer.

"Indigenous peoples with the support of their allies have effectively kept the last private major oil reserve landlocked. We have effectively neutralized 20 or 30 of the world’s biggest, most powerful corporations to ever exist in the history of humanity."

The most recent example of this success includes a freeze in construction of the Dakota Access pipeline, which runs by the sacred burial grounds and water supple of the Standing Rock Sioux Tribe. The totem pole, along with a group of Canadian First Nations delegates, visited the reservation last week to demonstrate their solidarity.

It was his third time accompanying the annual Totem Pole Journey, but he said being part of the Standing Rock Sioux's protest was a deeply moving experience, especially while engaged in his own pipeline battle back home.

"You don’t see or hear their story of what they’re standing up against or what little resources they have, but they’ve really pushed to make our earth a better place to live and I was blown away by that," he explained.

“I think we’re very very similar in our approaches. They’re going to court and they’re talking with their federal government, they’re suing them, and they’re winning the moral battle. Those are in guidelines of what the people wanted and mainly what the elders wanted.”

The Tsleil-Waututh First Nation has already launched two court cases against the Kinder Morgan Trans Mountain expansion, a proposal to triple the capacity of an existing pipeline system that ships hundreds of thousands of barrels of oil from Alberta to B.C. daily. One of them, claiming that the National Energy Board's review of the project was unlawful, was dismissed in a Federal Court of Appeal on Monday.

While the ruling says the consultation process is still ongoing and the cabinet will determine whether the Crown breached its duty to consult later this year, George remains confident that his community, along with their allies, will be successful in persuading the federal government not to approve the project.

“We’ll do what it takes to make sure it doesn’t happen," he told National Observer. “My people are doing that and that’s probably one of the biggest things I got out of the tour — the values that are coming from my people, where they want to stand, and say no to the money."

First Nations chiefs across Canada are currently in the process of negotiating a nationwide alliance that would required its participants to support one another in their respective battles against major energy projects. Serge Simon, Grand Chief of the Kanesatake Mohawks and a major opponent of the $15.7-billion Energy East pipeline, also said negotiating chiefs are trying to bring the Standing Rock Sioux Tribe in North Dakota into the partnership.

“Some Mohawk Chiefs and I are heading out to Standing Rock next week, I’m going to bring the treaty to them and see if they’re willing to be supporters and at the same time, we’ll be able to help them," he explained.

“It’s inspiring because it’s not only a native issue. We’re seeing non-natives that are joining on board across the United States, Europe — we’re seeing a mobilization of humanity, not just the First Nations.”

The chiefs are expected to finalize their agreement later this month with a signing ceremony broadcast live online.