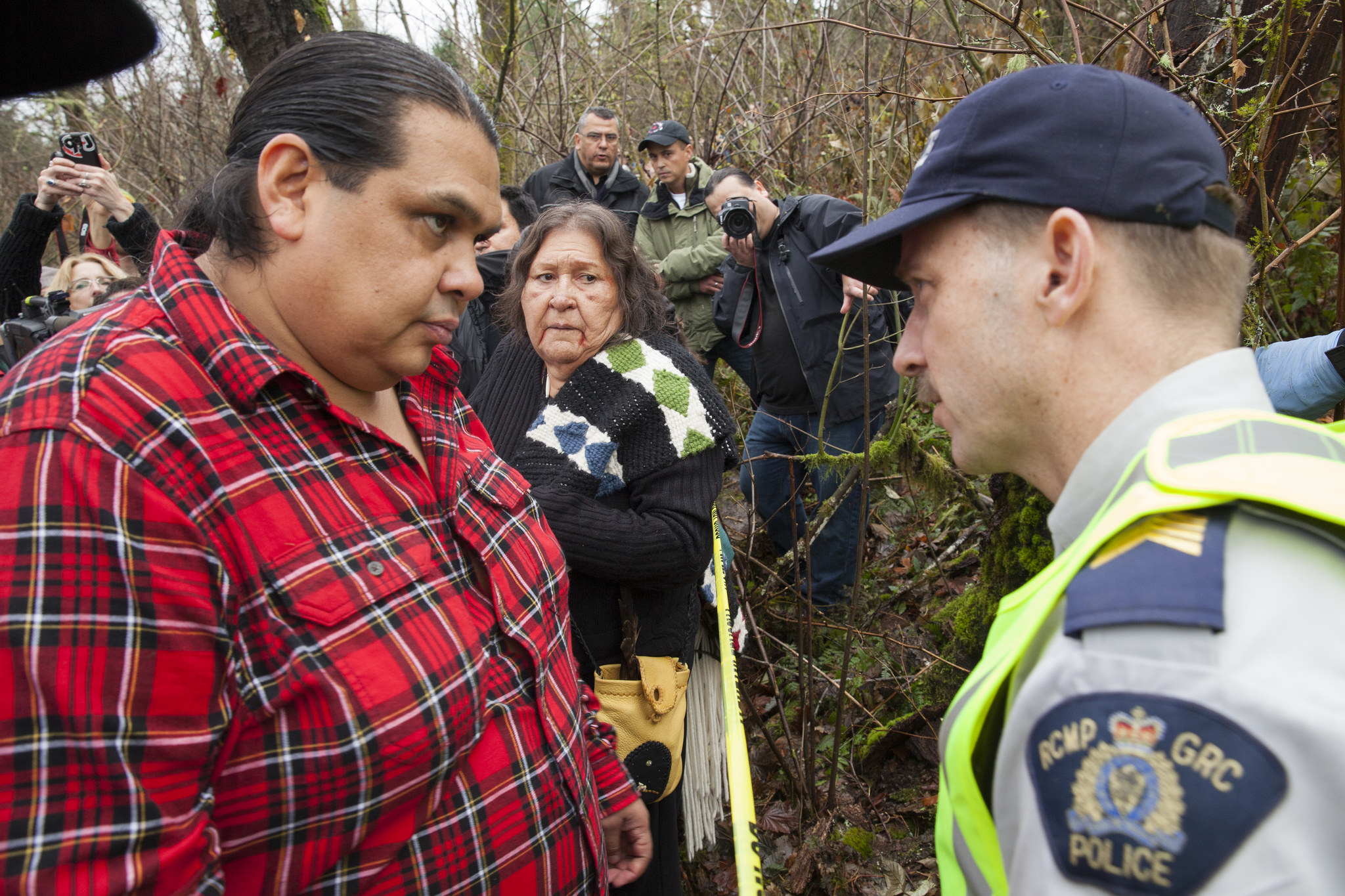 Only one day after praying for the project's demise during a sacred fire ceremony on their traditional territory, the Tsleil-Waututh in British Columbia have launched their second legal challenge against Kinder Morgan's proposed Trans Mountain expansion.

On Wednesday, the First Nation applied to a Federal Court of Appeal to quash the National Energy Board's endorsement of the expansion project, describing the regulator's decision as "unlawful, invalid, or unreasonable." The Tsleil-Waututh also say the pipeline's proposed tanker activities would cause significant adverse environmental effects that were not considered by the NEB as required under the Canadian Environmental Assessment Act. The court documents also allege that the NEB failed to consider the Tsleil-Waututh's independent assessment of the project as a matter of its own law and jurisdiction.

"Our laws establish a sacred trust, a responsibility to care for our waters, lands, air and resources," said Rueben George, project manager for Tsleil-Waututh's Sacred Trust Initiative, in a press statement. "The federal government has forced us to go to court once again to defend ourselves and our territory."

In May 2014, the Tsleil-Waututh launched their first court case against Kinder Morgan — which is still before appeal courts — alleging that the NEB failed to adequately consult them during the scoping process for environmental review. The Nation said serious legal errors made by the federal Crown and NEB have led to a flawed and unlawful review process that puts Burrard Inlet at risk.

"The NEB report does not address the many issues that concern Tsleil-Waututh," added Chief Maureen Thomas. "We are asking the court to make things right, both for our community and for everyone who lives around the inlet."

The Trans Mountain expansion is a $6.8-billion proposal by a Texas-based oil giant to add 987 kilometres of brand new pipeline to a system that currently transports 300,000 barrels of oil per day from Alberta’s tar sands to ports and refineries in Vancouver and Washington. Kinder Morgan and companies in the energy sector say the project can safely deliver Canadian oil to new markets while generating new jobs and other economic benefits.

While the expansion would triple the system's capacity, it is also expected to increase tanker traffic on the Burrard Inlet nearly seven-fold, and increase the risk of a catastrophic oil spill by up to 600 per cent.

During a prayer ceremony hosted by the Tsleil-Waututh in North Vancouver on Tuesday, an elder said the project would turn the inlet into a "dead zone" and forever compromise the marine food sources his people have relied on for thousands of years.

While this second legal challenge could take years to work through the court system, at the very least, the First Nation expects it will delay project implementation, escalate construction costs, and increase the legal and financial risk for Kinder Morgan shareholders. Arguments in its first legal action have already been completed, and a ruling from the Federal Court of Appeal is expected in the near future.

If Tsleil-Waututh win, the environmental review of the expansion project could be sent back to the NEB to correct numerous legal errors.

The Trans Mountain expansion is vehemently opposed by at least 17 First Nations and 20 municipalities, and in recent weeks, the City of Vancouver, the Squamish Nation and a coalition of environmental groups have all launched their own court cases against the project. The federal government is due to make a decision on the expansion in December 2016. ​