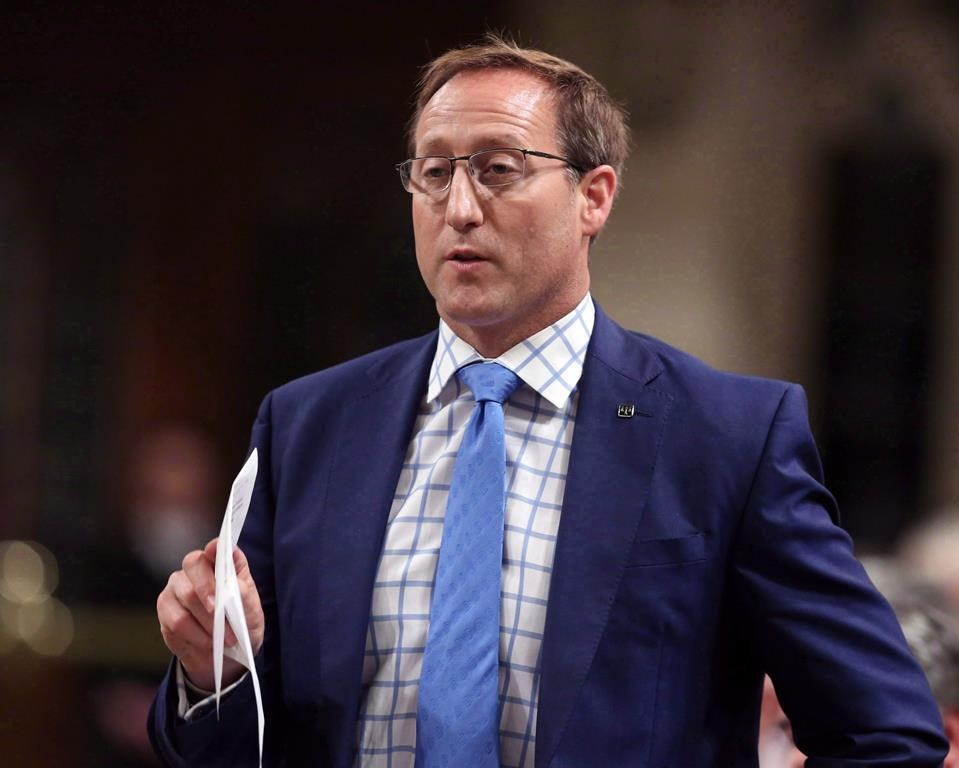 Former Conservative cabinet minister Peter MacKay speaks in the House of Commons in an undated image. File photo by The Canadian Press.
Previous story
Next story

Peter MacKay has decided against joining the Conservative leadership race.

"After much soul-searching, advice from trusted friends and weighing of the impact on my young family, I have decided not to seek the leadership of the party," the former cabinet minister from Nova Scotia said in a statement Monday.

"My family is my No. 1 priority," said MacKay, who has two small children, Kian, 3 and Valentia, 11 months, with his wife, human rights activist Nazanin Afshin-Jam.

"While the opportunity is exciting and the reward compelling, I feel it would be asking too much of them to jump back into politics right now and the heat of a leadership campaign with all that it entails," said MacKay, 50, who did not seek re-election in 2015 and is now a partner at a Toronto law firm.

"I am full of admiration for those who will seek the leadership and I stand ready to work with whoever the new leader will be," MacKay said.

The decision by MacKay now makes it possible for others who were waiting for his choice to prepare in earnest for their own potential bids.

One of them is Kevin O'Leary, the celebrity businessman who was compared to Donald Trump when he started musing about joining the Conservative leadership race earlier this year.

On Monday, O'Leary was highly critical of Kellie Leitch for proposing a Canadian values test for potential immigrants and refugees.

"I'm writing her off," O'Leary said Monday in an interview with The Canadian Press.

"That is totally un-Canadian. That is not how we work. I wouldn't be here if that kind of mandate existed," said O'Leary, who is of Lebanese-Irish origin.

His brash style, self-professed love for making money and appearances on reality TV drew comparisons to the U.S. Republican presidential nominee when O'Leary started grabbing headlines earlier this year by trashing the economic record of Alberta NDP Premier Rachel Notley, then saying he would like to become a Conservative prime minister and run government like a business.

At the time, O'Leary said he did not share the American politician's views on foreign or social policy, especially when it comes to immigration.

O'Leary, who has been hosting various candidates at his cottage near Parry Sound, Ont., to see whether there is anyone whose ideas he likes enough to endorse instead of entering the race himself, said he plans to either declare his candidacy or throw his weight behind someone else by mid-November at the latest.

Leitch's proposal, which she has defended as a way to promote tolerance and respect, has become a wedge issue in the otherwise lacklustre Conservative leadership campaign, pushing her rivals to declare where they stand.

Earlier Monday, Tony Clement went at the issue in another way, unveiling a national security plan that would include putting people at high risk of committing terrorist acts behind bars if they cannot be monitored around the clock.

"If they are so dangerous to the Canadian population that they deserve a peace bond slapped on them, I would put it to you that unless we can surveil them 24/7, they should be incarcerated," Clement told a news conference Monday in Ottawa.

Clement said this would have to follow a judicial process — and be subject to judicial review — but said the details would be up to the courts.

The Ontario MP and former cabinet minister said the case of Aaron Driver, 24, a known terrorist sympathizer who was killed in a confrontation with police in Strathroy, Ont., showed the limits of court-ordered peace bonds to deal with people who have extremist ideas.

The RCMP has acknowledged that Driver, who was under a peace bond while he planned his thwarted terrorist attack with explosives last month, was not under constant surveillance and that it was a tip from U.S. authorities that alerted them to his plans.

This guy has read the tea

This guy has read the tea leaves and came to the correct conclusion that the Con servatives will not form the next government so he has opted to keep his power dry and wait out the next election cycle. The odds will be more favourable at a later date.