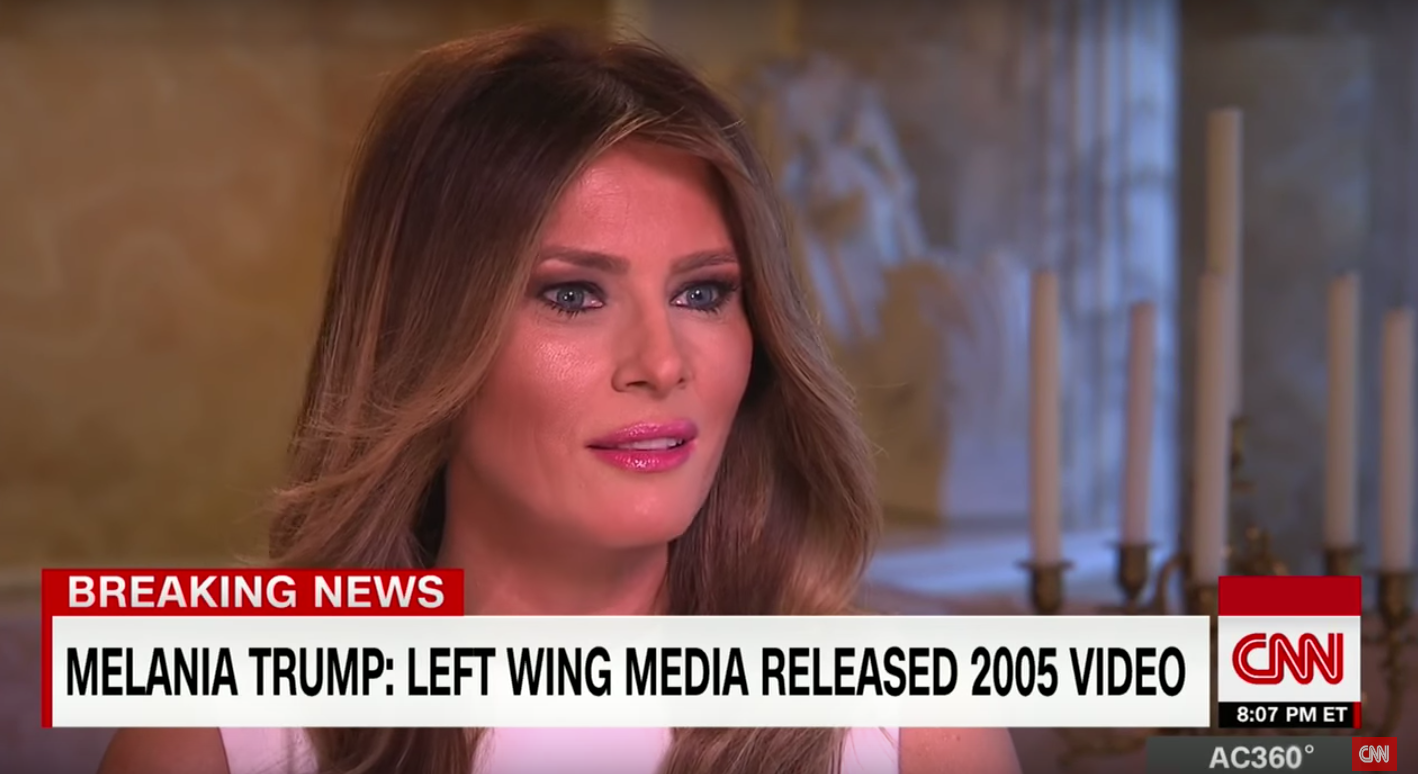 A New York story: one night some few years back, a friend fell in with a small circle that included a Saudi prince and his exquisite American girlfriend. Splendorous, golden and long-limbed, with the requisite implanted accessories, the bargain she'd made was clear.

In exchange for her favours, she possessed all the accoutrements that wealth and male desire can bestow, save one.

As the partiers careened through the night in limousines to $20-million penthouses with bodyguards in tow, the girlfriend found a momentary chance to whisper in confidence that she was trapped. That the bodyguards weren’t just for protection, she said, they were guarding her—she had no escape. There was no eluding them. She was caught.

A petrified trophy encased in glass above Manhattan’s starry skyline, she had everything but a life of her own.

I think of that story every time I see Melania Trump, who resembles nothing so much as a hunted doe.

When are we going to drop our collective pretense that something isn't drastically wrong with the Trump clan, which can't act like a normal family to save their lives?

If this were a 1970's soap opera it would be canceled. Unless they called it The Stepfords.

There's a sort of media social contract that it would be unfair to question Mrs. Trump too closely. You know, like a normal investigative interview of a key witness following explosive revelations.

She has never been asked, for instance, whether she's bound by any pre-nuptial non-disparagement or non-disclosure clauses. Or custody terms.

At least this much can be said for her: she kept a straight face while she lied like a sidewalk for 30 minutes straight in her Monday interview with Anderson Cooper.

Pro tip: When a woman tells you she's very strong and confident, she's not.

Then we learned that the infamous Access Hollywood leak was a media hit job against Melania's hapless husband, who, being an impressionable lad of just 59, was much too easily led by someone 25 years his junior.

"I was surprised, because that is not the man that I know," lied the lady, about a man instantly recognizable to every other living breathing American viewer, "He was led on, egg(ed) on, to say dirty and bad stuff."

"Let me talk to that broad in your bed"

Out poured the rest of the usual campaign pap--how the media fix was in, how her husband's accusers were all lying, how Donald Trump was just sort of a scamp at home. Like Melania really has two little boys--ten-year-old Barron and 70-year-old Donald.

Who just wants to be president of the United States of America.

Seventeen years ago she played a starkly different role as the billionaire's sex-starved vixen while Trump and Howard Stern yukked it up in a 1999 interview that eerily foreshadowed the Billy Bush recording:

Howard Stern: Let me talk to that broad in your bed.

Donald Trump: I could almost have her talk to you. Actually, she’s outside in another room listening to this...

MK: So, you’re coming out with us?

HS: Ahhh! I have my pants off already! What if you see me and you see how hot I am.

HS: What do you do (with Trump)? Do you go out every night and you guys have sex?

MK: That's true, we have a great great time

HS: Every night you have sex?

Trump returns to the phone.

DT: She is actually. It’s a thing of beauty.

Yet on Monday, she was shocked, shocked, at the dirty mouth of her naughty boy-husband. But not that shocked because, you know. Boys.

All that acting for all those years, to everyone.

And now she's acting happy, inside her handsome home...

This isn't a family, it's a cult

Then there are the three eldest children, Donald Jr., Ivanka, and Eric, whose entire adult lives have been devoted to serving Trump's grandiose narcissism. Not one of them has a career or identity apart from their father, who shows virtually no interest in them apart from their ability to mirror and project his own persona.

Trump controls their finances, their appearance, their careers, their future.

F. Scott Fitzgerald was right. The rich aren't like you and me. Neither are the delusional and psychopaths, whom he understood just as well.

When Warren Jeffs walled his family into a compound miles from nowhere on the dusty plains of Texas, everyone looked the other way for years. David Miscavige’s own wife hasn’t been seen in public for nearly a decade, while Scientology roams the high seas under the Sea Org flag.

Wealth and fame can do the same thing, while hiding a monster in plain sight. We excuse them anything, if they're rich enough. And the more beautiful the wife, the fewer the questions. When someone like Melania Trump turns in a ludicrously absurd interview, who's going to probe any closer?

"Don't feel sorry for me," Melania lied, as easily as she lied about everything else. "I can handle everything."

And who'd question that?

After all, who feels sorry for fabulously wealthy super-models?

Life in a funhouse valley of ashes

But think about this as we watch Trump's unhinged rages and the foaming vindictive abuse he hurls against anyone who embarrasses, slights or even disagrees with him in his frenzied pursuit of the receding green light of the American presidency.

What is Donald’s nickname for Melania?

Or worse, ten-year-old Barron? Does anyone think the man who obsessively tweets 3 A.M. abuse at beauty queens and gold star families is any different with his own son?

Look at these people. They're all scarred by life in that funhouse valley of ashes.

And in addition to it all, Trump models grotesquely obscene behaviour towards girls and women as an idealized symbol of manhood to his pre-pubescent son. When the rich father of a young boy treats sexual assault as a toxic male entitlement of privilege, he's grooming his son not to be a victim, but a predator.

The Trumps don't need therapy, they need child protection services to knock on the door

I don't believe Melania for a solitary second, especially when she says she can handle it all. Plainly, she can't. The Trump family doesn't need therapy, they need New York's child protective services to knock on the door.

Something is very, very wrong in that black tower above Fifth Avenue, and we should not look away.

For the people who live in them, sometimes the only difference between a palace and prison depends on who has the key.