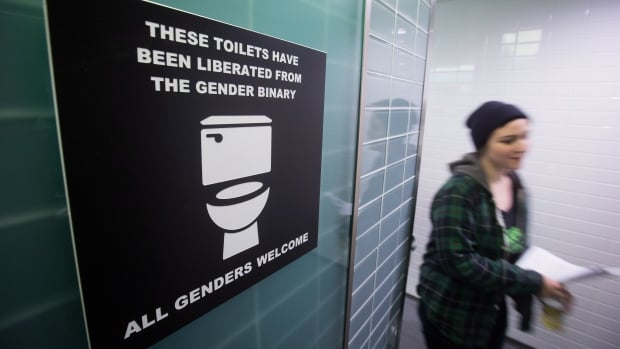 On Wednesday, the House of Commons voted by a margin of 248 to 40 to pass Bill C-16 at second reading. If passed at the Senate, the Canadian Human Rights Act and the Criminal Code will be amended to add gender identity and gender expression to the list of prohibited grounds of discrimination. This all sounds positive, but there are some key issues that are being ignored as gender identity legislation and policies are being instituted across Canada.

While the media has framed the debate around gender identity as one of left vs. right, there is a key perspective that is missing from the conversation: the feminist one.

Preventing discrimination is something most of us want to support, but incorporating notions of "gender identity" and "gender expression" into Canadian legislation is not a progressive step. In our desire to be open-minded and inclusive, we have failed to consider how this move poses a risk to sex-based protections for women and girls.

After University of Toronto psychology professor Jordan Peterson complained about what he called, "political correctness," having to use gender-neutral pronouns in class, and Bill C-16, students and professors alike spoke out. U of T students staged a "teach-in and rally" in order to "fight transphobia, intersexism, and nonbinary erasure in post-secondary education" and over 250 faculty members signed a letter associating Peterson's comments with "hate speech." Just last week administrators ordered Peterson to "stop making statements that could be considered discriminatory under provincial human rights legislation."

News media across Canada have covered this controversy and the gender identity debate with enthusiasm. But they've also covered in inaccurately, creating a narrative that presents white, conservative, anti-feminist men as the dissenters and young, hip, lefties as supporters.

Pushback against guidelines dictating students in public schools should choose which bathrooms and change rooms to use based on their own chosen "gender identity," rather than on sex, is similarly presented as coming only from the religious right.

While I have little in common with these groups, or with Professor Peterson (who appears opposed to what he calls "the radical left" and feminist ideology, in a political or ideological sense, I too have serious concerns about these policies and laws.

Let's start with the language.

In Wednesday's House of Commons debate on Bill C-16, also known as the Transgender Rights Bill, Justice Minister Jody Wilson-Raybould, who introduced the legislation back in May, explained:

But these statements show a deep misunderstanding of what gender is and how it works. Gender is a product of patriarchy. Ideas around masculinity and femininity exist to naturalize men's domination and women's subordination. In the past, women were said to be too irrational, emotional, sensitive, and weak to engage in politics and public life. Men were (and often still are) said to be inherently violent, which meant things like marital rape and domestic abuse were accepted as unavoidable facts of life. "Boys will be boys," is the old saying that continues to be applied to excuse the predatory, violent, or otherwise sexist behaviour of males.

The feminist movement began back in the late 1800s in protest of these ideas, and continues today on that basis. The idea that gender is something internal, innate, or chosen — expressed through superficial and stereotypical means like hairstyles, clothing, or body language — is deeply regressive.

Beyond misguided language there is the fact that we are very quickly pushing through legislation that conflicts with already established rights and protections for women and girls.

Women's spaces — including homeless shelters, transition houses, washrooms, and change rooms — exist to offer women protection from men. It isn't men who fear that women might enter their locker rooms and flash, harass, assault, abuse, photograph, or kill them… This reality is often left unaddressed in conversations around gender identity. This reality is sex-based, not identity-based. Men cannot identify their way out of the oppressor class so easily, neither can women simply choose to identify their way out of vulnerability to male violence.

Like public schools, community centres across B.C. have proudly adopted a position that says trans people may use whichever change rooms they "identify with." While it makes sense that a person who identifies as a transwoman might feel uncomfortable changing in the men's room, there are other issues with these kinds of policies that are being ignored.

After Brittney Remington was prevented from entering the women's change room at a pool in Victoria, asked to change in the first-aid room instead, the self-identified transwoman submitted a formal discrimination complaint. The City issued an apology and the head of the parks and recreation department explained to the media that the policy is "to let transgender people use whichever change room they identify with, and that in Remington’s case, a serious mistake was made."

As unpopular as this fact has become, a man or boy who wishes to identify as a woman or girl, perhaps taking on stereotypically feminine body language, hairstyles, and clothing, is still male. He still has male sex organs, which means girls and women will continue to see him as a threat and feel uncomfortable with his presence in, say, change rooms. Is it now the responsibility of women and girls to leave their own spaces if they feel unsafe? Are teenage girls obligated to overcome material reality lest they be accused of bigotry? Is the onus on women to suddenly forget everything they know and have experienced with regard to sexual violence, sexual harassment, and the male gaze simply because one individual wishes to have access to the female change room? Because one boy claims he "feels like a girl on the inside?" And what does that mean, anyway?

Generally, the claim that one "feels" like the opposite sex "on the inside" is connected to a list of sexist gender stereotypes: a boy likes dolls and dresses, a girl plays with trucks and cuts her hair short, a man enjoys wearing pantyhose and getting manicures, etc… There is no scientific foundation for the idea that sex is defined by a "feeling" or by superficial choices. One cannot, in fact, "feel" like a man or a woman "on the inside," because sex is something that simply exists. It is a neutral fact. Aside from having a mental condition like body dysmorphic disorder, the only reason one could claim not to "feel" like the sex they are, biologically, is because they identify with the gender roles assigned to the opposite sex. Key word: assigned.

It is unlikely any of us feel comfortable with the restrictive roles we are socialized into as men or women. Certainly those who step out of those roles are punished viciously, and that includes trans identified people. But that problem is a social one, and the solution is not to reinforce sexist ideas about gender, but to push back against the idea of gender itself – that is to say, the idea that males and females have innate behaviours and preferences they are born with. As feminists and progressives, we should challenge the idea that superficial things like clothing, toys, makeup, or mannerisms define us.

We live in a time when women and girls are killed every day, across the globe, by men. Things like rape, domestic abuse, and the murder of Indigenous women and girls in Canada are still not considered hate crimes. Yet we have managed to push through legislation that may very well equate "misgendering" to hate speech.

Women are protected under the human rights code on the basis that we are, as a group, discriminated against on account of our biology. Employers still choose not to hire women based on the assumption that they will become pregnant. Women are still fighting to have access to women-only spaces (including washrooms and locker rooms) in male-dominated workplaces like fire departments, in order to escape sexual harassment and assault.

Legislation and policies that protect "gender identity and expression" unfortunately set up a clash between women's rights and those who identify as transgender. There are solutions. It was not always the norm, for example, that public buildings had to be accessible for people with disabilities. It is perfectly reasonable to expect public buildings to install private gender-neutral washrooms and change rooms for people who don't wish to use either the women's or the men's room. We can effect change and ensure people have access to the services and support they need without imposing on already established and still very much needed rights of women and girls.

Women are socialized, from the time they are born, to prioritize the feelings and comfort of everyone else but themselves. We learn that our boundaries will not be respected by men, as we are talked over, leered at, cat called, groped, and raped. Girls' images are constantly being shared electronically by boys and men alike, against their will. There is a real fear that images of our bodies will be put online in order to exploit and degrade us.

Our fears of men are justified, proven over and over again to be (sadly) rational, not irrational. That is something that needs to be respected, not treated as bigoted or hysterical. Society has disregarded women's feelings, concerns, and safety for long enough.

Meghan Murphy is a writer in Vancouver, B.C. Her website is Feminist Current

Thank you Meghan, for getting

Thank you Meghan, for getting to the core of this issue and daring to write about it. I absolutely agree that there needs to be a gender neutral space separate from male or female facilities. Everyone needs to feel safe in washrooms and change rooms and the rights of females have been trampled on long enough. Given the biological and societal experiences from gestation onward are completely different, how could anyone know how it "feels" to be a different gender?

Canada is failing miserably in equality and the Old Boys Club runs every aspect of the country. We will evolve when women are running the RCMP, and government, rather than like-minded Neanderthals and apologists. A PM refusing to deal with pay inequity - even in the Civil Service, is not a "feminist".

Other hate crimes that should be added to legislation are: FGM, "honour" killings, rape, sexual exploitation, religious polygamy and child brides. Alas, Hastily written legislation is like a band-aid, it covers very little, doesn't stand up to real life wear or tear and seldom survives a dunking.

You've hit the nail on the

But we can't change physical reality - our biology, well not that easily in any case. You are right that we need to look at assigned gender roles and question them. It has often been pointed out that we have opened up the field for girls to do anything they want, including traditionally masculine activities, but heaven forbid that a boy take up a feminine calling, play with dolls or wear dresses. Why does "freedom" only go one way? Because masculinity is privileged, on account of less vulnerable biology.