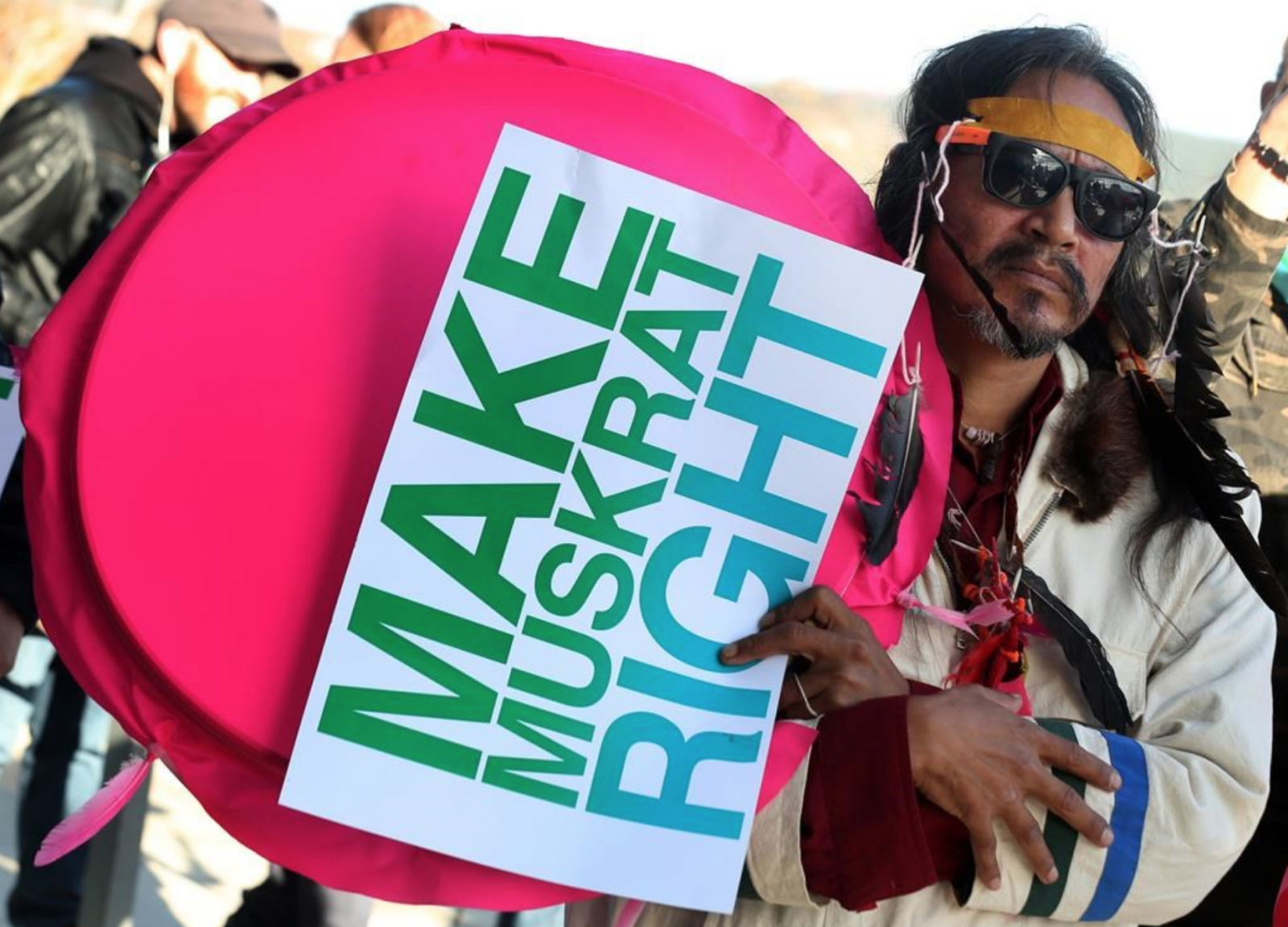 Indigenous leaders and the Newfoundland and Labrador government are telling protesters at the site of the Muskrat Falls hydro project they can "go home."

The leaders emerged from a marathon meeting with Premier Dwight Ball early Wednesday touting significant progress made to address environmental concerns with the Labrador megaproject.

Ball announced that an independent expert advisory committee made up of provincial, federal, municipal and Indigenous groups will be created to monitor the project.

After the meeting, Nunatsiavut President Johannes Lampe told protesters to go home because they had succeeded in their goals.

"I feel that the progress that has been made today will give the Labrador Inuit the opportunity to go back home to your family, your friends, your children, your grandchildren."

The project is upstream from 2,000 Inuit and other residents in the Lake Melville region, and critics are worried about methylmercury contamination if too many trees are left to rot at the bottom of the reservoir when the 41−square−kilometre area is flooded.

The advisory committee will look at ways to reduce possible contamination and the provincial government is also agreeing to consider further clearing of the Muskrat Falls reservoir if needed.

"Going forward, decisions will be made using science−based research," Ball told reporters after meeting with leaders from the Innu Nation, the Nunatsiavut Government and the NunatuKavut Community Council.

At least some of the protesters said they will leave Wednesday afternoon, while hunger strikers have already posted a picture of themselves resuming eating.

Supporters had been gathering around the Human Rights monument in Ottawa for Billy Gauthier, Delilah Saunders and Jerry Kohlmeister, who have been staging a hunger strike there in efforts to draw attention to the Muskrat Falls dispute.

The meeting came after about 50 protesters entered the central Labrador site Saturday and occupied an accommodation complex, prompting Nalcor, the Crown corporation building the project, to remove at least 700 workers from the grounds.

On Monday, the company obtained an injunction naming 22 people occupying the site for potential arrest.

Todd Russell, the president of the NunatuKavut Community Council, said he is confident the agreed−upon proposal will minimize the effects of methylmercury and secure his community’s food and culture.

"The decisions that will be made, going forward, will not be at the whim of government," Russell said. "They will be made by science and it will incorporate the traditional knowledge of our people. This is a huge step forward."

In a statement, Nalcor’s CEO said the company welcomed news of the agreement and would follow the outcome of the agreed−upon process.

"Our immediate priority is to resume normal operations at site in order to ensure completion of critical work to protect the site infrastructure for winter and to allow winter operations," said Stan Marshall. "We are assessing the financial and schedule impact of the new agreement which cannot be determined at this time."

The project is well behind schedule and over budget. Estimated costs have soared to $11.4 billion from $7.4 billion four years ago and first power has been delayed until 2019.

Louis Vuitton Brille Fake
Should you always keep finding pest infestations at your residence when you believe you've fixed the problem, think about possible places they might be from. Those items you purchase at thrift retailers may be hauling pests in your property. Before nearly anything goes in your house, verify it around.

Ensure that the typeface you are using is easily readable and professional. It is vital that you current your web site in the experienced manner to stay credible. Using vividly-shaded printing or Comic Without typeface will not be intending to make your website visitors help you get significantly and put their belief in because you know what you will be speaking about.

http://www.bulutbilisimi.com/wp-content/define.php?for=335]Igf-1 Uk
Numerous industry experts have found how the rhythmic inhaling and slow-moving stretching out goes in pilate exercise routines can increase frame of mind and supply an enhanced feeling of well-staying in stressed out people. These courses are more and more more readily found at nearby health clubs as well as the sessions offer you great opportunities to get out of the home, find new friends and check out the neighborhood. When a school is not really quite your personal style, there are numerous superb dvd videos you will discover in the local library that provide pilate practicing for novices all the way up around the most skilled experts.
http://www.energothai.com/form/yuile.asp?k=181-Viagra-Shop-In-Brisbane-G... Shop In Brisbane
Should you be fed up with the ringtones given to you together with your cell phone and want new ones, you may not have to spend money purchasing brand new ones. As an alternative, make the very own ringtones! There is an iphone app known as "Ringtone Iphone app" and is particularly free of charge. It is possible to acquire clips of songs you want and convert them right into a ringtone!!
http://www.baskurtfirca.com/images/serach.php?nm=330-Igf-1-Reference-Ran... Reference Range Uk
Before you apply for any charge card, make sure you read each of the relation to deal. Know what the card's interest rate is, what rewards are available, what the credit score limit is, and any further policies. Being aware of this prior to deciding to apply, can stop you from finding yourself using a cards that can place you in financial debt.
http://www.norm-yapi.com/Scripts/text.php?urunId=levitra-20-mg-cost]Chea...