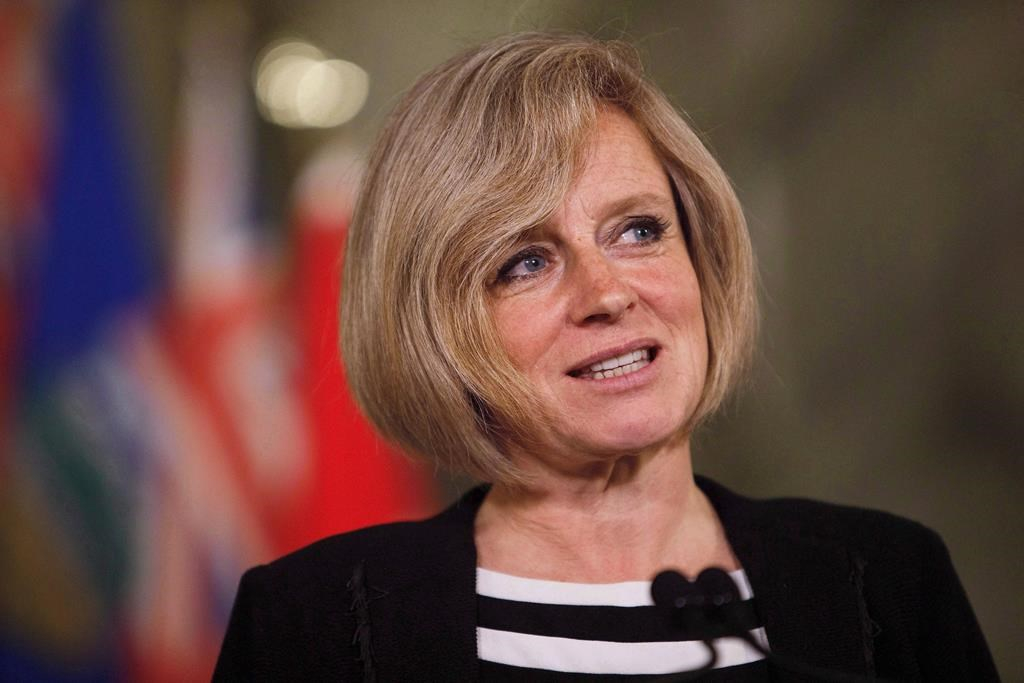 Now that a climate change denier is positioned to take over the oval office, Alberta Premier Rachel Notley says her government will work closely with oil producers to grow the existing heavy oil trade relationship.

But she doesn't stop there. Ms. Notley contends that TransCanada’s Keystone XL and Enbridge’s Line 3 replacement expanding export capacity to the US by more than 1.2 million barrels a day won’t be enough. She says industry needs Trans Mountain’s expansion, too.

This doesn’t make sense. The Federal Department of Finance and the Alberta Energy Regulator confirm existing pipeline and rail infrastructure to deliver Western Canadian oil supply to export markets will be sufficient until at least 2025 without new pipelines.

But Alberta’s oil producers want excess pipeline systems. They see pipeline redundancy as a type of insurance against land based oil spills caused by the pipeline operators’ failure to maintain the integrity of the pipelines they have.

Big oil doesn’t like spills. They interrupt business. They got caught in 2010 when the Kalamazoo oil spill took Enbridge’s Line 6B offline from July 26th to September 27th, and a smaller spill on Line 6A near Romeo, Illinois closed operations from September 9th to the 17th.

The US regulator was concerned more spills would happen. When Line 6A and 6B reopened operating pressure restrictions were applied effectively reducing throughput by 20 percent. Enbridge eventually replaced Line 6B altogether to get system pressure back up. A new, wider, Line 6B opened in late 2014.

The National Energy Board became concerned by the Kalamazoo spill. It knew risk on Enbridge’s system was increasing before it happened. The NEB introduced pressure restrictions on various aging pipelines including Enbridge’s Line 2, 14, and 21, taking more capacity off line. For much of 2011 to 2014 Trans Mountain’s capacity operated under such restrictions.

When the Kalamazoo tragedy occurred, producers had to scurry to find other pipelines to ship on. This is why demand for Trans Mountain’s throughput capacity increased beginning in mid-2010. This is why the crude oil price differential between heavy and light oil began to widen. Not because there was insufficient pipeline capacity as industry proponents maintain, but because pipeline operators were remiss in their safety standards which led to capacity being taken off line. Husky Energy explained all this to its shareholders in their 2010 third quarter report.

Big oil’s solution to pipeline failures — overbuild capacity. But if the public actually knew big oil’s plans to invest in excess pipeline systems as a protection against their inability to prevent land based and fresh water diluted bitumen spills, they would never get away with it.

To justify the need for Trans Mountain’s expansion Ms. Notley resorts to falsehoods. She said, “It is also true that the U.S. is now an energy exporter as well as a market for energy. Therefore we must continue to work to diversify Canada’s energy markets, and to build trading relationships with more than one buyer. For that reason, a Canadian pipeline to tidewater remains an important priority for Alberta.”

The US does not produce or export bitumen and Canada’s heavy oil is not being crowded out in that market. The US exports light oil and condensate. What’s more, Alberta’s diluted bitumen export strategy can’t work without increasing imports of US condensate for blending purposes.

Bitumen is like tar—it won’t move along a pipeline unassisted. Trans Mountain’s expansion is a market diversification strategy for US condensate producers before its a bitumen export strategy for Alberta. The condensate must come in before the bitumen can flow out. Every five barrels of bitumen intended for export along Trans Mountain require two barrels of condensate imports from the US.

There are no pressures on Alberta heavy crude prices from US production which warrant the market diversification need Ms. Notley claims. The natural discount for bitumen based on quality and transportation costs has been well within the normal range since the spate of pressure restriction problems were taken care of in late 2014.

Alberta’s oil sands do not directly compete with US light oil production. The Gulf Coast market for Alberta’s heavy oil is the largest in the world because those refineries were subsidized by US taxpayers so they would make investments in refinery enhancements that allow them to economically accept Alberta’s heavy oil. Both TransCanada and Enbridge are pursing increased market penetration in the Gulf Coast because Alberta’s oil producers are asking them to aggressively expand into it, not diversify away from it.

When Ms. Notley says “we must…build trading relationships with more than one buyer,” she is speaking on behalf of a handful of multinational oil companies that have deliberately built into the US market because the sellers — and what Ms. Notley characterizes as a nefarious “one buyer” — are largely the same parties.

When Suncor sells into its Commerce City, Colorado refinery, or Cenovus supplies its facilities in Wood River, Illinois and Borger, Texas, or Husky supplies its refinery in Toledo, Ohio, or BP ships to its Whiting Refinery near downtown Chicago, or Imperial and its parent ExxonMobil deliver crude from their Kearl project to ExxonMobil’s US operations, it is hardly accurate to imply Canadian producers are stuck in an unfair relationship with a monopsony who is using its market power to force its will on them.

For integrated companies, what they lose as producers, they make up as refiners. After all, petroleum products, like gasoline, sold in Canada and the US are priced as if refiners paid the higher international benchmark spot price, Brent.

After mischaracterizing the market in the US, Ms. Notley suggests the only solution to free Canada’s oil producers is a pipeline to tidewater allowing access to non-U.S. markets.

Ms. Notley seems unaware that a pipeline to tidewater has existed since 1956. That’s when Trans Mountain’s Westridge dock began to operate. Even since 2010 when price discounts favoured offshore demand, Westridge has rarely been used as the engine of market diversification that Ms. Notley pretends is so urgently needed. Alberta’s heavy oil has failed to develop non-U.S. markets even as the NEB provided preferential treatment in 2011 to help Trans Mountain do so.

Kinder Morgan told the NEB during its Incentive Toll Settlement hearing last April that it expected fewer than 30,000 barrels a day would be delivered to the Westridge marine terminal during 2016—enough to fill about 1 tanker a month and two barges. Port Metro Vancouver confirms 11 tanker arrivals between January and September, and NEB commodity export statistics tell us that so far this year, less than a full tanker left Westridge with diluted bitumen destined for a non-US port.

But China has made it clear that the completion of a trade deal is completely dependent on Canada building a tarsands pipeline to West Coast tidewater, to export Chinese-owned tarsands oil.