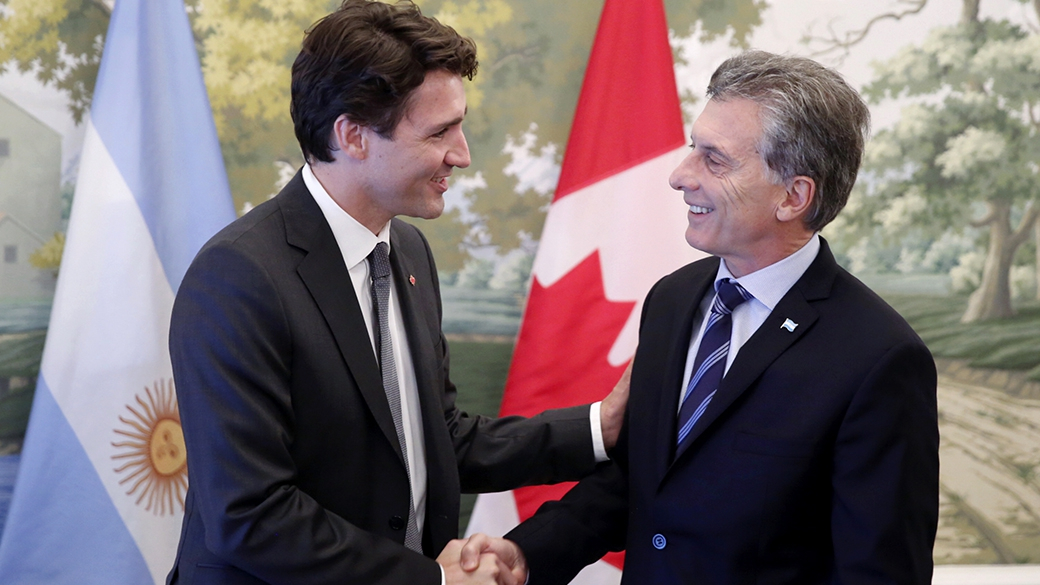 Prime Minister Justin Trudeau and his Argentinian counterpart, President Mauricio Macri, have agreed to introduce new incentives for the mining industry in the Latin American country at a time when a controversial Canadian gold mine is under intense scrutiny in the Andes.

“We will increase our collaboration on sustainable mining in Argentina, this effort will ensure that resource development is done in a way that is properly regulated, environmentally conscious and socially responsible," said Trudeau.

President Macri noted that his government would introduce new incentives for Canadian investments in the mining sector, including lower federal taxes for mining companies. Argentina's federal government also plans to convince the country's provinces to adopt similar approaches since the mining sector is within their jurisdiction.

The two leaders made the announcement at a time when the Veladero gold mine, located in the Andes Cordillera and operated by Canadian giant Barrick Gold, finds itself at the heart of what local media reports have described as the worst mining disaster in Argentina’s history. Barrick has reported that the mine leaked more than one million litres of cyanide solution into five rivers of the San Juan Province.

Last week, a group of lawyers from Córdoba took the case to the Inter-American Commission on Human Rights in Washington, D.C.. The plaintiffs accused the Argentinian state of “human and environmental rights violations," alleging that the state has been incapable of providing adequate oversight of Barrick Gold's activities or protecting public health.

In April, Sergio Bergman, the Argentinian environment minister, said the country must “prepare for a possible scenario in which the mine could be closed," as reported by Perfil, a local investigative magazine. After another “environmental incident” occurred in September, Minister Bergman mentioned the possibility of a closure once again. This time, however, he added that he could not order the closure since the management of mining resources is of provincial jurisdiction. Barrick Gold acknowledged the incident but denied there were any environmental consequences.

When questioned by reporters about Veladero, Prime Minister Trudeau said his government is "concerned each time there is an issue or an accident. Canada’s expectations towards its companies, whether at home or around the world, are very, very high,” he said.

He noted that Canada is committed to “work with local authorities and with regulators to show that it’s a responsible actor on the international scene," but did not mention his election campaign promise of naming an independent ombudsman in charge of monitoring mining companies’ activities outside of Canada’s borders.

Enrique Viale, president of the Argentinian association of environmental lawyers, said that Trudeau must take responsibility for addressing the problem.

“He cannot keep on ignoring this issue,” said Viale. “Canadian mining companies are synonymous with human and environmental rights violations around the world.”

Viale said that the Trudeau government risks becoming complicit in irresponsible behaviour by the mining industry if it buries its head in the sand on these issues.

He recommended that Ottawa should not only consider creating an ombudsman, but also that it reconsider the private member’s bill presented to the House of Commons by Liberal MP John McKay in 2009. The bill called for the introduction of sanctions on Canadian mining companies involved in illegal activities outside of Canadian borders.

Canada lent billions to oil, gas and mining companies. Then it made a profit