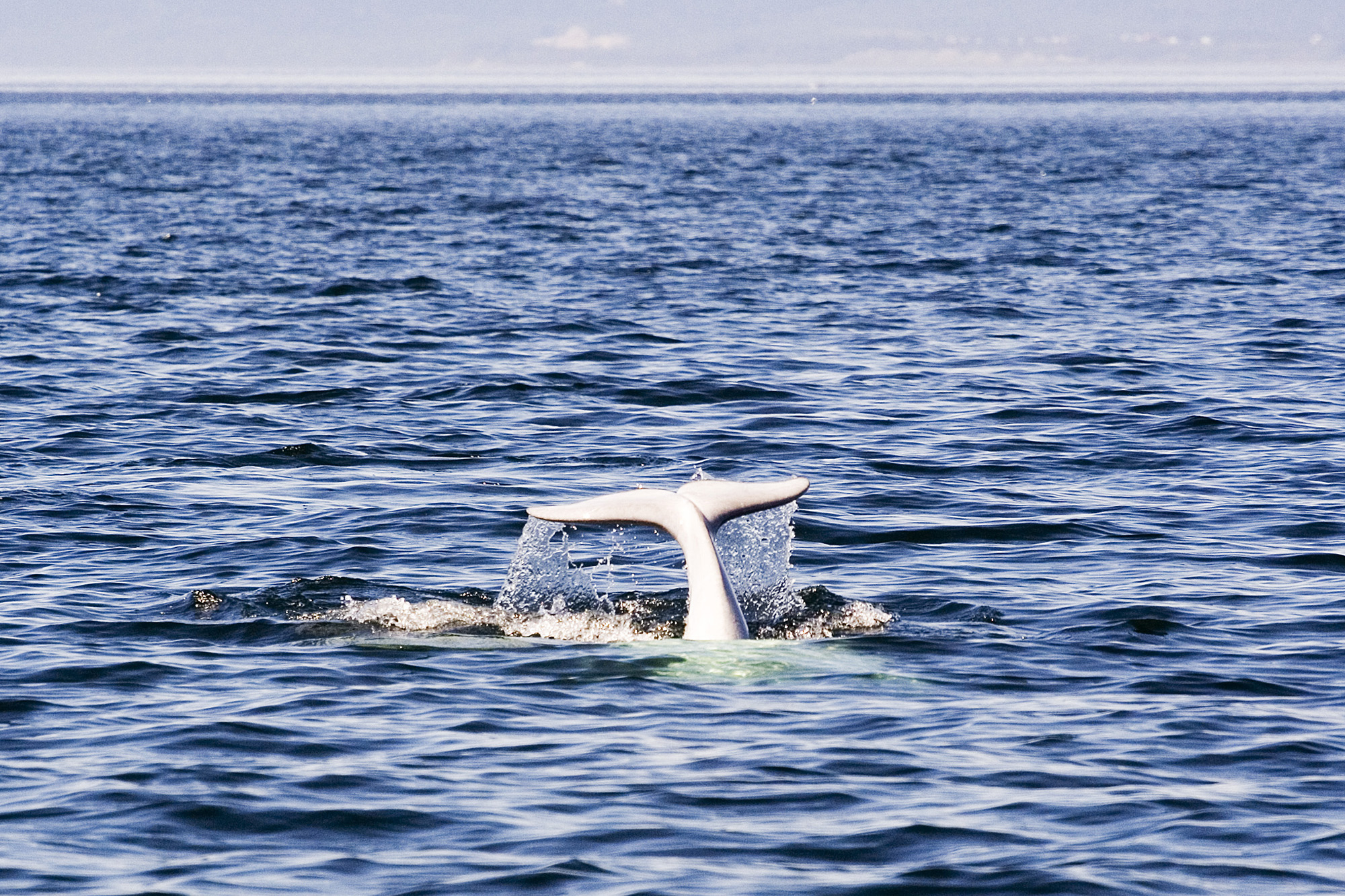 The sudden illness of a female beluga whale at the Vancouver Aquarium following her offspring's unexpected death two days earlier has her caretakers scrambling to figure out what is behind the alarming development.

John Nightingale, the aquarium's president and CEO, said the facility is conferring with medical experts both inside and outside Canada to identify what is ailing Aurora. The whale, who is believed to be 29, is exhibiting the same symptoms that preceded the death of Qila, her 21-year-old calf.

"Whether it's an internal toxin from disease or an external toxin from food, it seems likely that at the very core, physiological root of the problem, there probably is a toxin in there somewhere," Nightingale said. "That's what we're trying to find."

The facility's top veterinarian has consulted with experts at the British Columbia Centre for Disease Control, the University of Guelph's veterinary toxicology department and the aquatic biotoxin wing of the United States' federal agency responsible for overseeing ocean quality, Nightingale said.

Aurora's condition appeared to have stabilized by Friday afternoon, he said, adding that she was calmer and more alert after her transfer to a medical pool the day before for round-the-clock care and supervision.

Officials said Aurora, who isn't eating, appears to be suffering from abdominal cramps and inflammation, and that caretakers are giving her fluids, as well as antibiotics and stomach medication.

The elder beluga gave birth in 1995 to Qila, who died suddenly earlier this week. Qila was the first beluga to be born in captivity in Canada.

A necropsy on the younger whale failed to reveal a cause of death. It has left Aurora as the only beluga at the Vancouver Aquarium.

The facility's five other belugas are living at various locations around the United States in order to make way for a planned expansion project at its facility in Stanley Park.

Construction is slated to begin next year that will see the beluga tank double in surface area and triple in water volume, among other improvements, Nightingale said.

He said questions around whether the recent misfortunes would affect expansion plans will be addressed in the coming days.

Opponents of whales being held in artificial environments say these events follow a long list of beluga deaths in captivity and illustrate a need to ban the practice.

Naomi Rose, an activist and marine mammal scientist at the Animal Welfare Institute in Washington D.C., said the couple hundred belugas held in tanks around the world are not faring well.

Rose said belugas are typically kept in conditions that are the Arctic equivalent of summer, without the seasonal fluctuations they would experience in the wild.

"I just get so frustrated when they say, 'Oh, we're shocked (by a death),' because it happens a lot," she said. "It's not unusual at all."

Nightingale defended the aquarium's program, insisting that facilities such as Vancouver's are more important than ever in the face of environmental threats posed by climate change and a growing human impact on the natural world.

Besides research, Nightingale said the role of aquariums is to engage people and light the "little flicker" of awareness, curiosity and interest to promote ocean conservation and environmental stewardship.