By Mark Leiren-Young | Analysis, Energy | September 26th 2016
#510 of 2005 articles from the Special Report: Reports from the Race to a Safer World 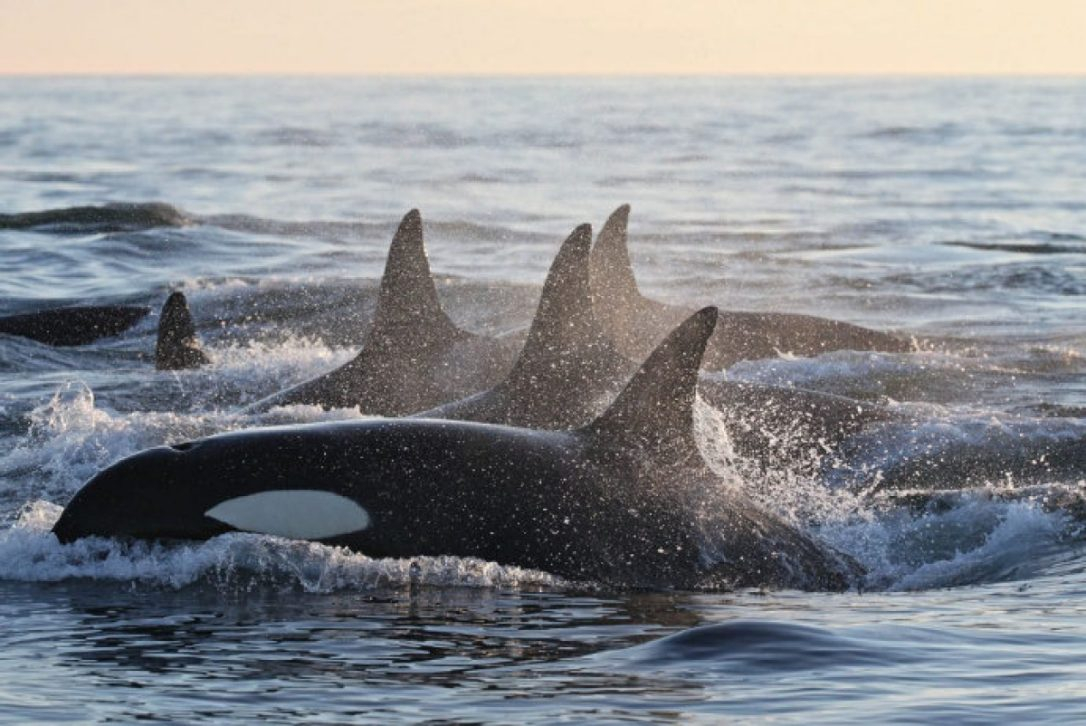 I believe the proposed Kinder Morgan pipeline expansion would be a death sentence for our iconic Southern Resident orcas, so I contacted a handful of the world’s top orca experts from outside of Canada to ask what they’d like to tell our government. What were their thoughts on Kinder Morgan's Trans Mountain pipeline, which would triple the capacity of the existing pipeline from Edmonton to Burnaby to ship oil to the U.S. and Asia? Their short answer, summed up in one hashtag: #STOPKM

​Here's what they've said about the impact of the expanded pipeline and tanker traffic increase through orca habitat:

"The presence of a massive oil terminal in Vancouver poses a real threat to the long-term survival of the Southern Resident killer whales. First of all, adding 400 oil tankers a year in Haro Strait will add massively to the noise that is already making life difficult for killer whales dependent on quiet oceans to effectively seek their prey. But next, and perhaps most harrowing, is the prospect of outright extinction if any single one of these tankers should ever go astray in these not-easily-navigated waters and run aground, because dilbit (diluted bitumen) is not ordinary oil.

Americans are praying and hoping that their Canadian counterparts show enough good sense not to heed the call of greed by running a fleet of oil tankers through the sensitive habitat of numerous endangered species, the most spectacular of which is the killer whale (orca). Please, please, please: Do the right thing.”

- David Neiwert, author of Orcas and Men: What Killer Whales Can Teach Us

One expert highlighted that the orca population was already at risk, and asked whether it was right to further endanger an iconic species.

“The issue is really risk. Are we willing to risk the future health of the Salish Sea, the 80 resident orcas and all the other wildlife to facilitate the shipping of oil? The industry or the government may say that the risk is low or acceptable. Low or acceptable to them, perhaps, but what is acceptable to one person, or to industry, can be clearly unacceptable to other people or to the interests of society. I think that the consequences if the worst happens must be strongly considered.

When the consequences are so dire, we must question whether any risk is acceptable. With southern community orcas endangered, the risk is not acceptable to me, and I think that goes for a lot of people who love the British Columbia coast, the fish and the whales and everything else and want it to stay as healthy as possible."

This whale advocate highlighted how a dramatic increase in oil tanker traffic would devastate orcas' ability to forage and socialize, and urged governments to reject the Kinder Morgan Trans Mountain expansion:

“The Kinder Morgan pipeline expansion would increase capacity from 300,000 to 890,000 barrels per day and would result in a dramatic increase in oil tanker traffic through the Salish Sea. The increased capacity would add a round-trip tanker per day maneuvering the treacherous waters of the Salish Sea in congested routes that require two sharp corners around Turn Point and Discovery Island.

This proposal would routinely pollute our air and water and increase the underwater noise that severely impacts the ability of marine mammals to maintain essential awareness of their environs, especially the Salish Sea's endangered Southern Resident orcas who need to use echolocation to find food and navigate, and to communicate with one another.

Social cohesion and coordination is vital to these orcas' ability to forage cooperatively and socialize normally and would be further degraded by any increase in ship traffic. Tanker traffic invites a cataclysmic and uncontrollable spill of deadly hydrocarbons and adds to greenhouse gases, thus increasing global temperatures, stressing our natural environment and polluting our food and water. Please reject the Kinder Morgan pipeline expansion.”

And a The Guardian and BBC writer argued that humans will be impacted if they develop projects that result in the disappearance of orcas from our environment:

“Nothing is not connected. A pipeline in the ocean connects us to our depredation of the natural world. We believe our actions stand outside of nature. We arrogantly assume our dominion over other species, from whom we consider ourselves separated by a gulf of understanding and power. By our infinite superiority.

This is not the case. The First Nations knew it. How did we forget? In what may be one of the most remarkable scientific papers published on the subject, researchers at the University of Bern in Switzerland recently concluded that orca, or killer whalers, are the only species other than ourselves who owe their evolution to culture. This is a game-changer.

"New Scientist magazine which, along with Nature, was one of the few media outlets to give the report prominence on its publication earlier this year, explains that killer whale (orca) populations have different hunting strategies: 'Some herd fish, while others pick on seals. Biologists consider this a form of culture. New research reveals these cultural groups are genetically distinct, meaning culture has shaped their evolution. It's the first time this has been seen in other animals. Killer whales are intelligent, long-lived, and social like us. Culture is one more reason to set them free.

And surely, one more reason to consider the culturally distinct, wild population of Southern Resident orcas over the demands of big oil. Everything is connected. In a hundred year's time, when our descendants look back on what we have done, which decision do you think will earn their admiration and their thanks?”

- Professor Philip Hoare, broadcaster, contributor to the BBC and author of Leviathan or, The Whale, winner of the Samuel Johnson Prize for non-fiction.

You still have until September 30th to share your thoughts and The NEB questionnaire is available online until Sept. 30 here. But since I’m not convinced the panel is listening - and at best they are sampling your views, not sharing them - please be sure you also send your comments to your Member of Parliament, Canada’s Environment Minister and Prime Minister Justin Trudeau.

Where were all the Kinder Morgan pipeline supporters at the hearings?

By Mark Leiren-Young | Opinion, Energy | September 15th 2016
Reports from the Race to a Safer World