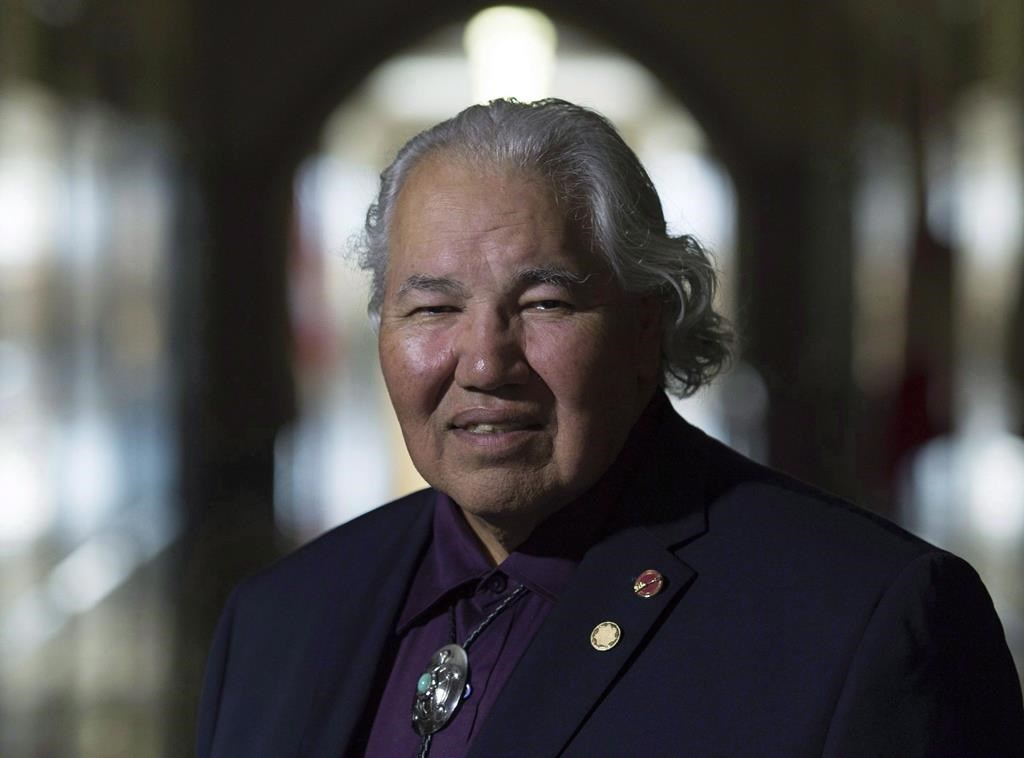 Communities should be able to take control of the healing process with the experience of elders and aboriginal traditions, agreed Sen. Murray Sinclair. Photo by the Canadian Press
Previous story
Next story

Fred Kejick Thomas remembers the exact day — April 14, 2005 — when he confronted the uncle who had sexually molested him out on a trap line when he was four years old.

After years of being haunted by flashbacks and rage, Kejick Thomas asked police to accompany him on a visit to see his uncle, where he read a letter in Ojibwa to speak his truth.

"There were eagles flying around across the bay and I knew it was going to be a good day for me," he said.

The 68-year-old from the Lac Seul First Nation in northwestern Ontario took it upon himself to confront his demons, blazing his own trail towards healing wounds that have tormented other indigenous Canadians for generations.

Not everyone has that kind of strength.

Rather, it's up to community leaders to forge real, lasting solutions and push them aggressively at the national level, say the many aboriginal victims of childhood sexual abuse who took part in a months-long investigation by The Canadian Press.

Kejick Thomas sums up the problem bluntly: "We have a lot of perpetrators."

Assembly of First Nations National Chief Perry Bellegarde has urged his organization's chiefs to summon the courage to acknowledge the painful legacy of abuse on reserves. The AFN holds its annual meeting this week in Gatineau, Que.

But while chiefs can provide political heft, indigenous experts say the heavy lifting can only happen at the local level, taking full advantage of the rich heritage and traditions of Canada's Aboriginal Peoples.

Healing circles, traditional ceremonies, a return to the land and supports for community members and leaders would all help indigenous communities identify and lead their own processes to confront sexual abuse.

Just ask Charlene Belleau, chief of B.C.'s Esketemc First Nation — a community committed to sobriety for the past 40 years after acknowledging alcohol abuse as a symptom of other, more deep-seated trauma.

"I think when we explain and understand what it is we've been through as individuals, families and as communities, then we find a way out of that," Belleau said.

"In my mind, I think that we need to have our leaders acknowledge what our experience is with abuse and violence within the community."

A childhood victim of sexual abuse who sought help in her 20s, Belleau now leads healing circles on her reserve established through a protocol designed with the RCMP and B.C.'s criminal justice branch.

"To me, the healing circle is an opportunity where the victim ... has choices in that process, the offender acknowledges that they have perpetrated those crimes and you have supports for both victim and offender, recognizing that both need help after a circle."

Circles, long a fixture in aboriginal cultures, have become a fundamental component of restorative justice efforts throughout North America since being introduced into the criminal justice system in the 1980s.

Gathering together victim and offender, family members and community leaders, they are meant to provide a safe and mediated opportunity for a victim to confront an offender, for an offender to confess their crimes, and for public input into reconciliation and sentencing — all while reinforcing core indigenous values such as respect, honesty and truth.

"When you take the power out of the secret, it is amazing — when I was living with that secret, there was so much fear," said Freda Ens, whose own terrified childhood of molestation in a Haida community in B.C. began when she was traded for a bottle of beer as a baby.

"When I started to speak out and say, 'No, this is my story. This is what happened to me,' it took the power away from that secret and it actually gave me back my power."

Communities should be able to take control of the healing process with the experience of elders and aboriginal traditions, agreed Sen. Murray Sinclair, the former chairman of the Truth and Reconciliation Commission who spent six years hearing stories of the long-standing impacts of Canada's residential schools.

But Sinclair offers a warning: some elders are themselves likely former abusers.

Part of the solution might lie in restorative justice, an approach based on the traditional practices of indigenous cultures, he said. Prison offers only temporary relief; offenders get released and come home, and victims are traumatized all over again.

There's precedence in a 1999 Supreme Court decision, known as R, vs. Gladue, which concluded that courts ought to more carefully consider an aboriginal offender's background and make sentencing decisions accordingly.

Sinclair has first-hand experience with alternative sentencing and restorative justice in Hollow Water, a Manitoba community where sexual abuse was widespread in the community.

As a judge, he worked closely with the healing circle and presided over a program that identified sexual abusers and provided them with culturally appropriate services.

Those services include providing support and education while rekindling offenders' kinship with the land and their Anishinaabe values, said Marcel Hardisty, one of the founders in the mid-1980s of Hollow Water's Community Holistic Circle Healing process.

Still, even though Hollow Water took on the problem directly and helped a number of families in the beginning, the sexual abuse problem has persisted.

"It's still ongoing," Hardisty said. "People now are self-destructing and self-medicating, and when they're in that state they're doing all kinds of things that are not healthy.

Child sexual abuse remains an open secret in many communities because a "safe space" often doesn't exist to allow a dialogue to take place, said Belleau. Forcing victims to take up their issues with leaders publicly would be emotionally devastating, she added.

"That won't get us anywhere," Belleau said. "That will put us at a standstill for another 20 years ... there needs to be a willingness for us to engage everybody, including the leaders."

Many believe that healing must occur "from within" communities, said Jason Smallboy, deputy grand chief of Nishnawbe Aski Nation, an umbrella political organization that represents 49 communities in northern Ontario.

That means a return to traditional teachings that are at the heart of indigenous culture, said Smallboy, as well as utilizing their most critical resource — the land.

"It's hard to explain the connection we have with the land," he said. "It's in us. It's a sense of home."

Hardisty echoes that sentiment: "When we were at our best here, it was when we were able to take people back out onto the land and learn about things that sustained our people for thousands of years."

Kejick Thomas, who said he draws most of his strength from the land, also takes comfort in the courage he has found within himself.

"Do I ever resent what happened? No. Because I am totally free."

Justice Murray Sinclair plans to foster reconciliation from the Senate