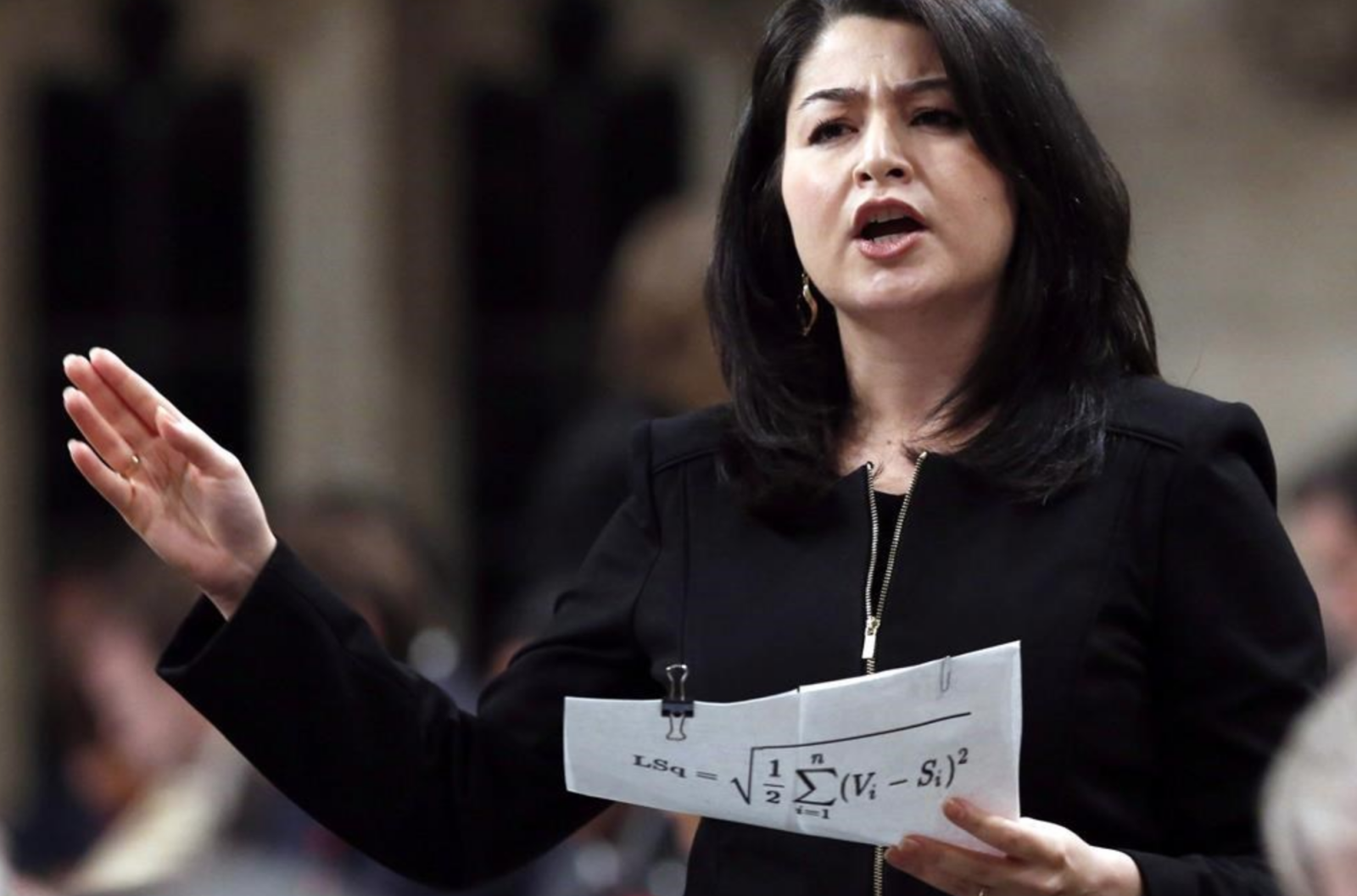 Minister of Democratic Institutions Maryam Monsef has insisted her survey on electoral reform will foster effective engagement from the Canadian public. File photo by Canadian Press.
Previous story
Next story

The new online portal, called MyDemocracy.ca, was immediately criticized by opposition parties as an attempt to either steer public opinion towards Justin Trudeau's once-preferred voting system — ranked balloting — or to produce an unclear result that would justify abandoning the prime minister's promise that the 2015 federal election would be the last conducted under first-past-the-post.

It also spawned a Twitter hashtag "#rejectedERQs," where thousands mocked the federal survey with their own proposed questions, such as "Would you like to keep the status quo OR be a little ungrateful brat?" and "Would you prefer the Liberals just admit they lied or dick you around with a nonsensical survey and pretend they care?"

But Democratic Institutions Minister Maryam Monsef insisted MyDemocracy.ca is a "new, engaging initiative that will allow all Canadians to have an opportunity to have a say in this conversation."

The government has sent post cards to 15 million Canadian households, encouraging people to go to the website or phone to participate in the survey. During mid-afternoon question period on Monday, Monsef boasted that more than 8,000 users had already completed the survey.

But NDP democratic reform critic Nathan Cullen shot back: "There are 20,000 tweets mocking this minister's survey."

He derided the government initiative as a "pop-psych survey" and advised Monsef that the first rule for engaging the public should be "not to treat Canadians like they are stupid." Cullen questioned why the survey doesn't mention the word proportional, despite the fact that almost 90 per cent of the witnesses who testified before the all-party committee favoured some form of proportional voting system — a conclusion ultimately recommended by the majority on the opposition-dominated committee.

Monsef last week accused the committee of shirking its job by failing to recommend a specific proportional model — a hostile and dismissive response for which she later apologized.

"If the minister truly wants a clearer answer, why will she not simply ask the obvious questions?" Cullen demanded Monday.

"No matter how hard someone tries to be against the prime minister's preferred electoral system, the survey tells them that they really do support it. It is like magic," he scoffed.

Reid also questioned why the survey doesn't ask Canadians if they want a referendum to pass judgment on any change to the voting system, which the all-party committee also recommended.

"Would it be because the Liberals do not want to know the answer to that particular question?"

Indeed, the words proportional and referendum do not appear in any of the 31 questions the government plans to ask Canadians, who have until Dec. 30 to participate. The survey, by Toronto-based Vox Pop Labs, asks respondents to rate their level of agreement to 20 "propositions" labelled "values."

The five-point scale ranges from "strongly disagree" to "strongly agree." One proposition states: "A ballot should be easy to understand, even if it means voters have fewer options to express their preferences."

Another says: "Voters should be able to express multiple preferences on the ballot, even if this means that it takes longer to count the ballots and announce the election result." Yet another says: "There should be parties in Parliament that represent the views of all Canadians, even if some are radical or extreme."

Another section asks respondents to pick between two statements, or "preferences." Respondents are asked whether "ballots should be as simple as possible so that everybody understands how to vote OR ballots should allow everybody to express their preferences in detail?"

A separate backgrounder titled "Democracy in Canada" outlines some of the ways Canadians could cast their votes. It says:

— pick just one candidate on the ballot, like we do now;

— choose multiple candidates with or without ranking them."

The Liberals have signalled repeatedly that their enthusiasm for electoral reform has waned since they won a majority of seats last fall — while winning less than 40 per cent of the popular vote.

Trudeau has suggested that public interest in reform has diminished since the Liberals won power. And Monsef has repeatedly said she's detected no consensus around any particular voting alternative and has warned that the government won't proceed without the broad support of Canadians.

"We want to hear from as many Canadians as possible before we come out with legislation, and it's not easy doing something that hasn't been done before," she said in an interview Sunday.

Monsef would not say what minimum level of participation is needed to make the survey of use.

— with files from Joan Bryden