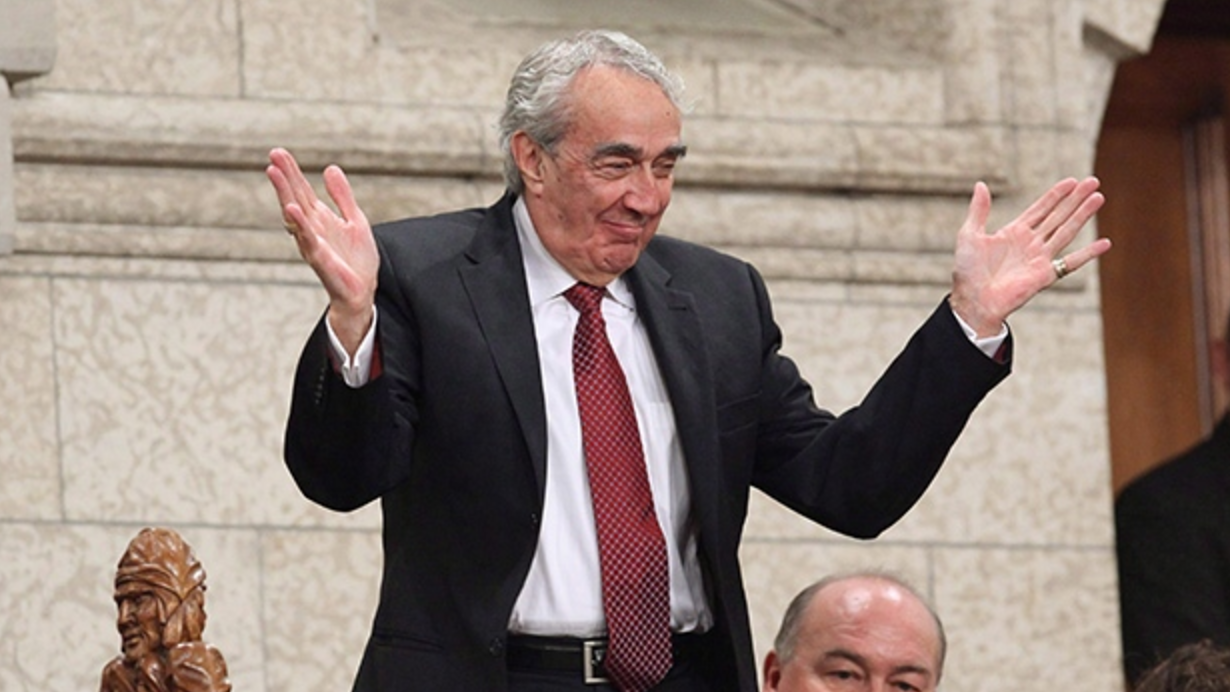 Senator Marcel Prud'homme greets fans in the House of Commons on Thurs. Nov. 26, 2009. Prud'homme passed away at the age of 82 on Jan. 25, 2017. File photo by Canadian Press
Previous story
Next story

Marcel Prud’homme was a giant – not only in personal physique, but as a parliamentarian.

He had the looks of a statesman and the charm of a diplomat. Always a suave, meticulously-dressed gentleman, he had flowing hair, fittingly silver, in later years.

But it is not only the public demeanor that those who knew him will recall about Prud’homme; it his love of people and the institution of Parliament. He never married and lived, loved and breathed Parliament all his waking hours.

He spent many an evening regaling guests with stories and taking them on personal tours of the buildings. His last office at the Senate was conveniently located at the main entrance and one could not escape the open and welcoming door to Prud’homme’s office. Many a parliamentarian would drop in for hurried, frank advice or linger over a drink or two to reminisce of days gone by. He was a friend to MPs of all political stripes.

The staff – ranging from cleaners and waiters to clerks and guards – at the House of Commons where he was a member for 29 years, and at the Senate, where he spent 19 years, was his family. He treated them as such.

Similarly, he was referred to as a father or father figure to his Saint-Denis, Que. constituents, who first elected him in 1964 as a Liberal and eight times subsequently, until his appointment to the Senate in 1993. He had a way of connecting with people and enjoyed hearing their stories.

He was a passionate Canadian. He told me often that he preferred to be called “Canadien français” rather than “French Canadian” – Canadian first!

He was a phenomenon on the international scene too. Prud’homme played a significant role advancing Canadian values and positions at meetings of the Inter-Parliamentary Union, an organization of national parliaments of 171 countries. He was the face of Canada at their regular meetings.

During his travels to countless countries he was an exemplary ambassador for Canada. He served for many years on the former House of Commons standing committee on foreign affairs and international trade.

Perhaps to the detriment of his political career, Prud’homme courageously and often single-handedly championed the Palestinian cause. In particular, he favoured a two-state solution – an Israeli and a Palestinian state – to the Middle East crisis.

Despite his longevity in Parliament, a law degree from the University of Ottawa, and bilingual fluency, Prud’homme never made it to the cabinet table. Some suspect the reason was his support for the Palestinians. He also championed and raised awareness about Armenia.

In 1993, Progressive Conservative Prime Minister Brian Mulroney appointed him to the Senate where he sat as an independent, until his retirement in 2009.

It’s a shame he did not write his memoirs. He witnessed so much behind the scenes and could have contributed much to Canada’s political history.

His death is a great loss of a passionate parliamentarian, a humanitarian, and above all a decent human being. He will be missed greatly missed by his multitude of friends and the untold number of disadvantaged and dispossessed whose cause(s) he took on. The void left by his passing cannot and will not go unnoticed. Sleep well “Prince of Parliament!”