By Simon Threlkeld | Opinion, Politics | February 14th 2017
#5 of 55 articles from the Special Report: Letters to the Editor 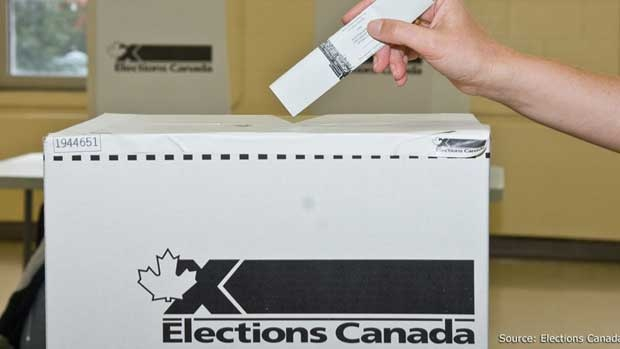 It is neither democratic nor desirable that the prime minister and the House of Commons keep deciding Canada’s election rules. There is a far better alternative.

In Classical Athens, the birthplace of Western democracy, much of the decision-making was done by juries chosen from the citizens by lottery. A modern version of Athenian juries could be used to decide election rules today.

Politicians should not decide the rules they are elected under because fair and democratic decision-making requires that those who decide do not have a conflict of interest. Election rules are far too important to our democracy to be compromised by the strong self-interest of politicians in rules that favour themselves.

Prime Minister Justin Trudeau has shown that keeping his word is less important to him than keeping first-past-the-post (FPTP), which has given him and previous governments a majority of seats with under 40% of the vote, and could do so again.

An equal say for women is denied when the House of Commons decides because it is 74% men.

The Conservatives, who wish to keep FPTP, insist that any new voting method should be put to a referendum vote.

Experience suggests a referendum is highly unsuitable for ensuring an informed decision about Canada’s electoral system. In B.C.’s 2005 referendum on a proposed new electoral system, shortly before voting day 66% of those surveyed by Ipsos-Reid said they knew “nothing” or “very little” about the proposal on the ballot. In another survey, over half of those who voted against the proposal said they did so because they did not feel “knowledgeable.”

A referendum could deny the public a choice by presenting only Parliament’s option. A referendum ballot could offer a full range of options, including different versions of proportional representation. However, this would be quite absurd as there is no chance the public would become informed about all of them, or even about several of them.

Running an effective national referendum campaign would cost millions for advertising and campaign staff. This could tilt the scales in favor of those who have the most money and resources, rather than those who have the best arguments, which is undemocratic.

If the arrangements for a referendum are decided by a majority in the House of Commons, they could potentially stack the deck against reform by requiring a 60% supermajority.

Citizen juries would provide a way to decide election rules that is independent from politicians, is highly democratic, ensures an informed choice from a full range of options, and which does not underrepresent women or any other group.

Citizen juries drawn from Canadians by random selection could be given the power to decide Canada’s election laws by majority vote. Each Canadian would have the same chance to be selected as any other. Such juries could be large enough to be a statistically accurate sample of Canadians, numbering perhaps 400 to 1,500 citizens. The jurors would meet together and be paid to work full-time for as many weeks or months as needed to reach an informed decision.

A citizen jury could decide Canada’s voting method after hearing proposals and arguments from political parties, public interest groups and others.

As proponents would appear directly before the jury, they would not need the massive funds necessary for a referendum campaign. Modestly funded public interest groups could get a fair hearing and would be on a level playing field.

A jury could be automatically convened each parliamentary term, perhaps six months after each federal election. It could consider whether any changes to Canada’s election laws are called for, and if so, refer specific questions to one or more other juries who would hear proposals and make a decision.

In addition, parliament could have the power to convene juries to decide on electoral reforms, but would no longer decide them itself.

The procedures and arrangements for citizen juries would need to be well designed to ensure an informed decision, and a fair democratic process.

As a representative cross-section of the people engaged to take the time to make an informed decision, such juries would provide the democratic ideal of informed rule by the people.