Trudeau tries to calm Trump fears in Europe, which sees Canada as bridge to U.S. 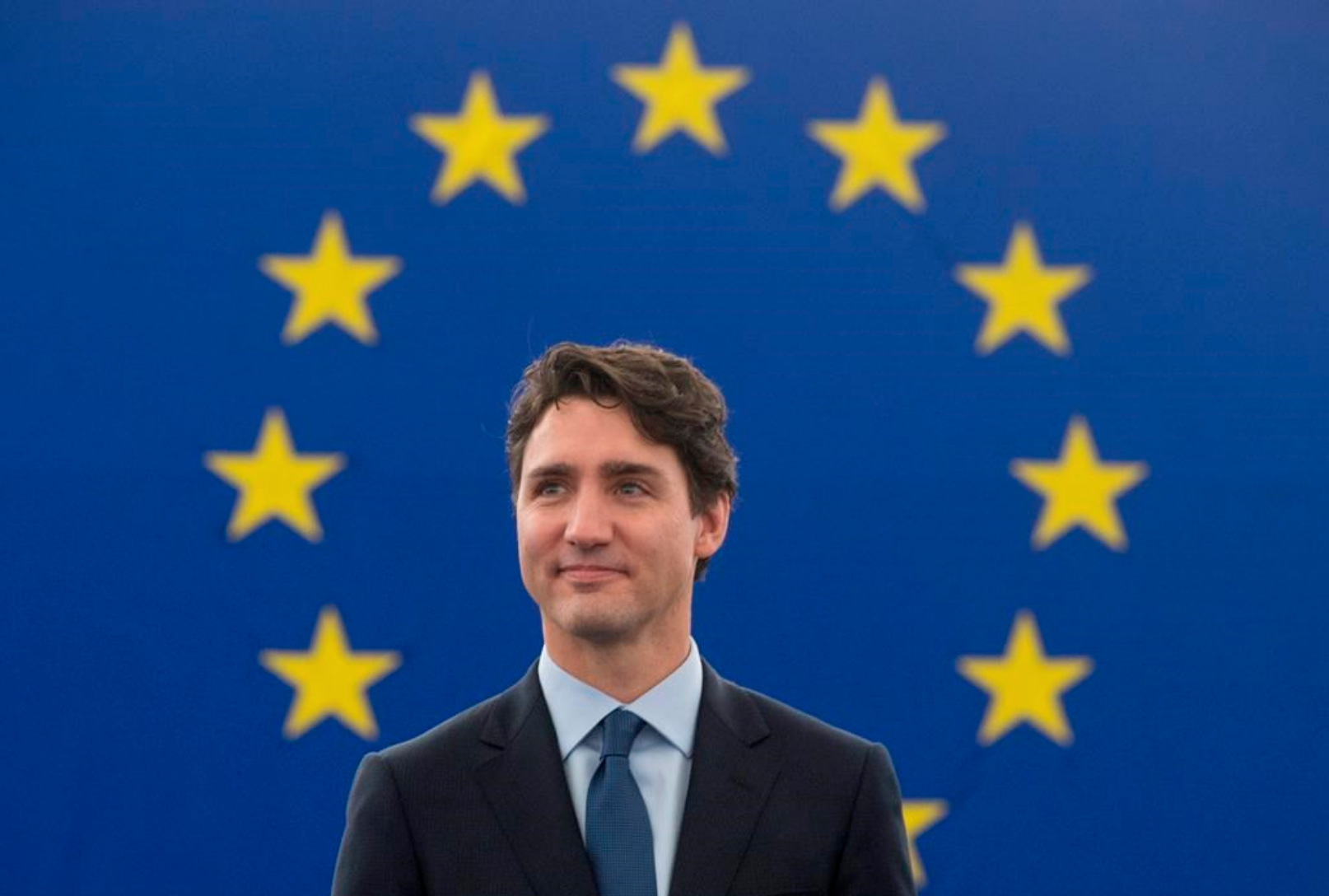 Fresh from his meeting in Washington, Justin Trudeau sought to bring Europe a message of reassurance Wednesday about the anxiety it faces over Donald Trump's antipathy towards the continent.

Trudeau's visit to the White House on Monday, in what has been a whirlwind week of international travel, was closely watched in the European Union, which endured another round of bashing this week from Trump's pick for ambassador to Brussels.

Trudeau's host, Antonio Tajani, the president of the European Parliament, said Europe views Canada as an important bridge builder in its attempt to forge positive relations with the United States.

"It's easier for the Canadians to speak to the Americans," Tajani said, seated next to Trudeau at their joint press conference in Strasbourg, France, the seat of the bloc's 28-country parliament.

The Trump-Trudeau meeting on Monday "paved the way for better relations between European Union and the United States of America," Tajani said.

"We want to work with the Americans. Over the next years, the Canadian work is very good for relations between us and America."

Trudeau elaborated on his meeting with Trump, saying the two are seeking common ground to help the middle classes of their two countries prosper.

"What I saw from the American president was a focus on getting things done for the people who supported him and who believe in him, while demonstrating that good relations with one's neighbours is a great way of getting things done," said Trudeau.

The prime minister called that "a positive example that everyone is going benefit from around the world."

Trudeau said the Comprehensive Economic and Trade Agreement with Europe would likely be ratified by Canada by the spring and that's when working people would begin to see the benefits of trade deals, which are currently the source of discontent across Europe and within the Trump administration.

Earlier, Trudeau showed the EU some much needed love in his highly-anticipated speech to the European Parliament, the day after it ratified CETA.

But he also warned that if it doesn't succeed, it could be the last deal of its kind.

"The European Union is a truly remarkable achievement, and an unprecedented model for peaceful co-operation. Canada knows that an effective European voice on the global stage isn't just preferable — it's essential," Trudeau said in the first address by a Canadian prime minister to the European Parliament.

"If we are successful, CETA will become the blueprint for all ambitious, future trade deals. If we are not, this could well be one of the last."

It has been a rough year for the EU with Britain's decision last summer to leave the bloc. Trump has praised the so-called Brexit, which has sparked the historic and protracted divorce negotiation between Britain and the EU, and has mused about which country might be next.

Trump's ambassador designate to the EU, Ted Malloch, told the Associated Press earlier this week that the EU's "blatant anti-Americanism" is "problematic."

Anti-trade groups are vowing to continue the fight against the deal, which they say benefits large corporations at the expense of working people — a reality Trudeau spoke to in his speech.

"Now, we live in a time when many people are worried that the current system only benefits society's luckiest few. And their concern is valid," Trudeau said.

"The anxiety people have towards the economy and trade — the worry that our kids won't have access to the same jobs and opportunities that we had — can be addressed only if we ensure that trade is inclusive, so that everyone benefits."

The anti-trade movement is gaining ground in Europe and south of the border with Trump's protectionist "America first" posture that has killed the U.S. free trade negotiations with Europe, as well as the Trans-Pacific Partnership that would have spanned 12 Pacific Rim countries, including Canada.

"We know that, in these times, we must choose to lead the international economy, not simply be subject to its whims."

Anti-trade groups vowed to do everything possible to rally opposition in regional parliaments to eventually block the full implementation of the pact, which will knock down tariffs for 35 million Canadians and 500 million Europeans.

"Populism has taken hold everywhere. Mr. Trump is the biggest example of that and so it's another vision of our future," said former Quebec premier Jean Charest, one of CETA's early proponents who came to Strasbourg for Wednesday's ratification.

"This vote is very significant for those of us who believe the world is a better place if we actually work together. It sounds simple but you know what, this is what is at stake."

Parliament is expected to ratify CETA in the coming months, which means 90 per cent of it would come into force under provisional application. That would allow the deal to take effect without the ratification of the European Union's 28 member countries and numerous regional governments.

EU parliament votes in favour of trade deal with Canada