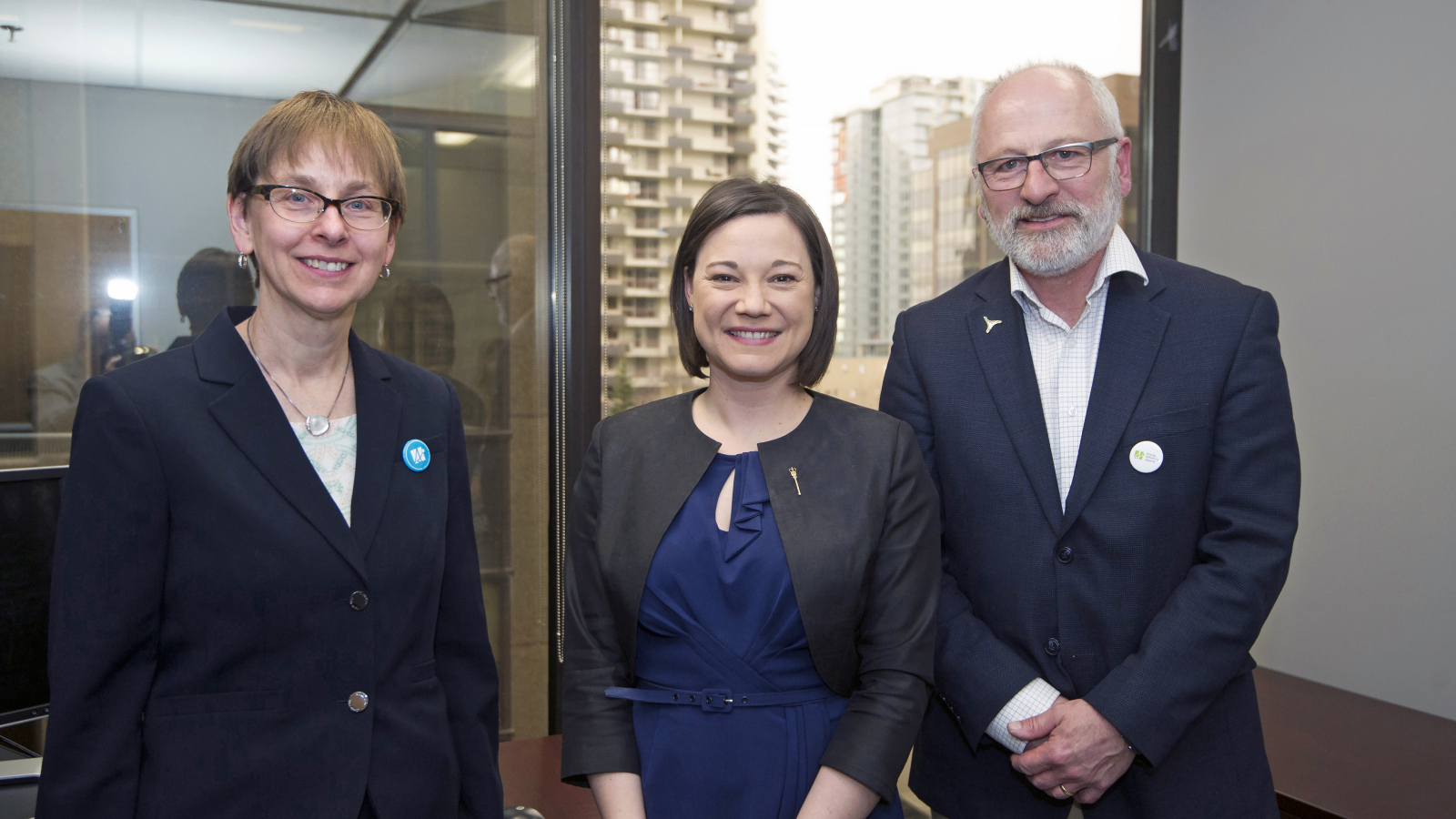 Recently, she was an executive at the Wisconsin-based Western Electricity Coordinating Council, a regional compliance monitor. Her appointment was announced Tuesday, March 28 by the province’s environment minister and the chair of the agency.

“This is an exciting and historic time in Alberta, as we develop, implement and deliver the first-ever formal energy efficiency program in the province,” said Curtis at the announcement in downtown Calgary, site of the agency’s headquarters.

“It’s my privilege and honour to be part of this exciting time...energy efficiency is one of the most important and effective strategies to address climate change, and it’s a personal passion of mine.”

The Alberta New Democratic Party government’s Climate Leadership Act, which came into force last summer, created the new provincial agency and put in place a province-wide carbon tax. The agency was designed to roll out efficiency measures for Albertans, using an estimated $645-million of proceeds from the carbon tax.

One program, for example, is the agency’s Direct Install Residential Program, which offers free installation of more energy-efficient lighting, water and heating.

Overall, the tax is expected to pull in $5.4 billion over three years, and the province is offering carbon tax rebate cheques to lower-income families, as the tax's bite can be felt at the pump and with home heating, the Canadian Press reported.

Details on an upcoming residential solar program will be released next month, said Alberta's environment minister, Shannon Phillips at the Tuesday announcement. The government is offering $36 million over two years for a rooftop solar panel rebate program.

David Dodge, the agency’s chair, said hiring a CEO was a “major step” in getting the ball rolling on the province’s efficiency reforms. The office had been working under a services agreement with staff at the province’s climate change office to launch its first round of programs, he said.

“Monica brings a depth of knowledge from her many years of experience in the energy efficiency industry,” said Phillips.

Curtis holds an MBA from Athabasca University in Alberta and a Bachelor of Human Ecology from the University of Manitoba, according to a press release.

Good for Alberta! Finally they're getting something going in the transition away from fossil fuels. The very best of luck to Monica Curtis and co.

If this is not an opinion

If this is not an opinion piece, why does it read like a partisan plug for the NDP and the EEA?
Why is there not an alternate, intellectual discussion about the EEA, the programs and the true benefit of these publicly funded measures on energy efficiency and emissions reductions?

Foremost, the Bill 20 carbon levy is not province wide. There are direct exemptions for farming operations and the oil and gas industry.

The Direct Install program contract was given to Ecofitt, an Ontario based company, that is a middle man to large manufactures and utility companies. The program will see more emissions generated and energy wasted, by hiring out of province and driving about, installing light bulbs for residents, than what would be reduced by the program itself. But it looks good in photo ops.

$36 million for a solar program is an insult to the clean energy industry. The NO loves to skewer the Irving's, did you know that Alberta (APMC) has a take-or-pay contract in waiting with TransCanada for Energy East in which taxpayers are obligated to at minimum $4.6 billion in tolls, even if no bitumen is shipped? In comparing just one project, the disparity is astounding. Factor in the hundreds of billions of other subsidy dollars the NDP have implemented for the oil and gas industry and any amount of congratulatory words for the NDP on clean energy progress are just more energy wasted.

The entire EEA program is a greenwashing system, a small diversion of funding, garnished from massive "wind fall" of fuel taxes-which are guised as carbon levies-to provide this agency podium events and announcements on clean energy progress. However, if you take a critical lens to these programs, the funding, the players, another story is there. Why does NO not tell that side too? A good place to start would be David Dodge insisting to the people of Alberta that the EEA direct install program is free.

"Sometimes we have to repeat the fact this first program is being offered for free." David Dodge