Dreaming of other worlds? Company offers to launch customers' DNA into space 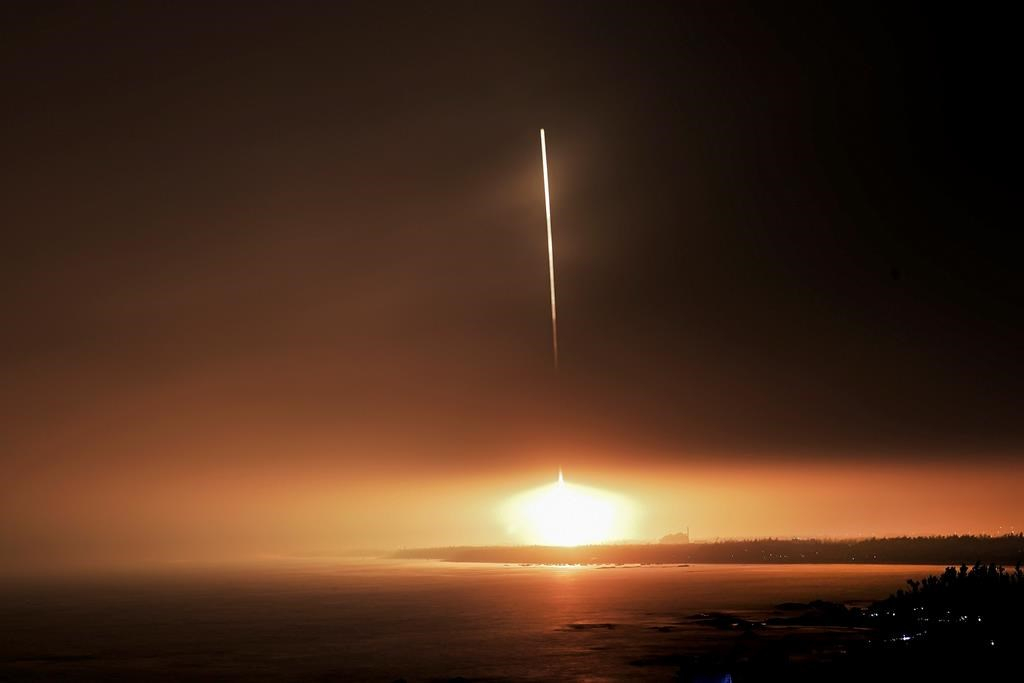 In this photo released by Xinhua News Agency, a Long March 7 rocket carrying the Tianzhou 1 cargo spacecraft blasts off from the Wenchang Space Launch Center in Wenchang in southern China's Hainan Province, April 20, 2017. Photo by The Associated Press
Previous story

When Sarah Jane Green was a little girl, her father passed on his love of space and universe to her, even naming her after a character in the "Doctor Who" TV show.

So after he died suddenly of an illness in 2015, Green knew exactly how to pay tribute to him.

In the coming months, a sample of Green's DNA and that of her father, Alfred Snider, will be blasted into space for posterity, courtesy of a Houston-based company and some Canadian technology.

Celestis Inc., which has been sending cremated remains into space since 1997, announced on Friday it is partnering with an Ontario-based DNA processing lab to expand its services to the living.

Beginning later this year, the company is offering to place a complete sample of an individual's unique genome inside an engraved capsule the size of a watch battery and send it into space aboard a commercial spaceflight.

Prices range from US$1,295 to US$12,500 depending on the customer's chosen destination, according to Celestis CEO Charles Chafer.

"We will load that DNA into a flight capsule, put that capsule into our spacecraft, and put our spacecraft on a rocket or satellite, and launch them into space with (either) a return, into Earth's orbit, to the moon or to deep space," Chafer said in an interview.

Green, 38, sees it as a fitting homage to her father, who was a renowned scholar, debate coach and intellectual.

"I know that he wanted more time, and I feel like this is a way for us to have infinite time, out there," the North Carolina resident said in a phone interview.

The science that allows the genetic material to live on indefinitely is provided by CG Labs Inc., based in Thunder Bay, Ont.

The company takes DNA from saliva or hair and binds it to tiny silica beads, which are then sealed, according to CEO Ryan Lehto.

That allows the genetic material to be preserved without freezing, said Lehto, who previously worked at Lakehead University's Paleo-DNA lab extracting DNA from mummies and dinosaur bones.

Celestis customers will be given a second DNA sample to keep on Earth, which serves the practical purpose of a way of preserving genes, family medical history, and ancestry.

More romantically, the genetic material could survive indefinitely in space, meaning there's always a chance it could be one day brought back to life — maybe even on another planet.

"You could technically, I guess, seed a planet or be found (by other life forms)," Lehto said. "The DNA is 100 per cent viable, so it could be used for whatever in the future, including biotechnology."

Green admits she fantasizes about the idea that inhabitants of a faraway galaxy could return to Earth one day in her father's form.

If not, she says she'll still get to watch the rocket launch with her two children and know she's realized her father's dream.

"We could wish that he could have lived long enough to see space as a living being, but at the same time we know that this is exactly what he wanted," she said.

Not content with turning this entire planet into a receptacle for the garbage created by only one species, the plan is to launch it into space. It may be meaningful and profitable for those involved, the ethical and environmental considerations are being ignored. Should the surface of the moon be littered with these objects? If one traveled far enough through space to crash on a planet with life, dumping it's contents of alien DNA filled micro-plastics on a new world, it could be the interstellar equivalent of small-pox infested blankets. Given our history of decimating every species we've discovered, I doubt it would go well for alien life either.