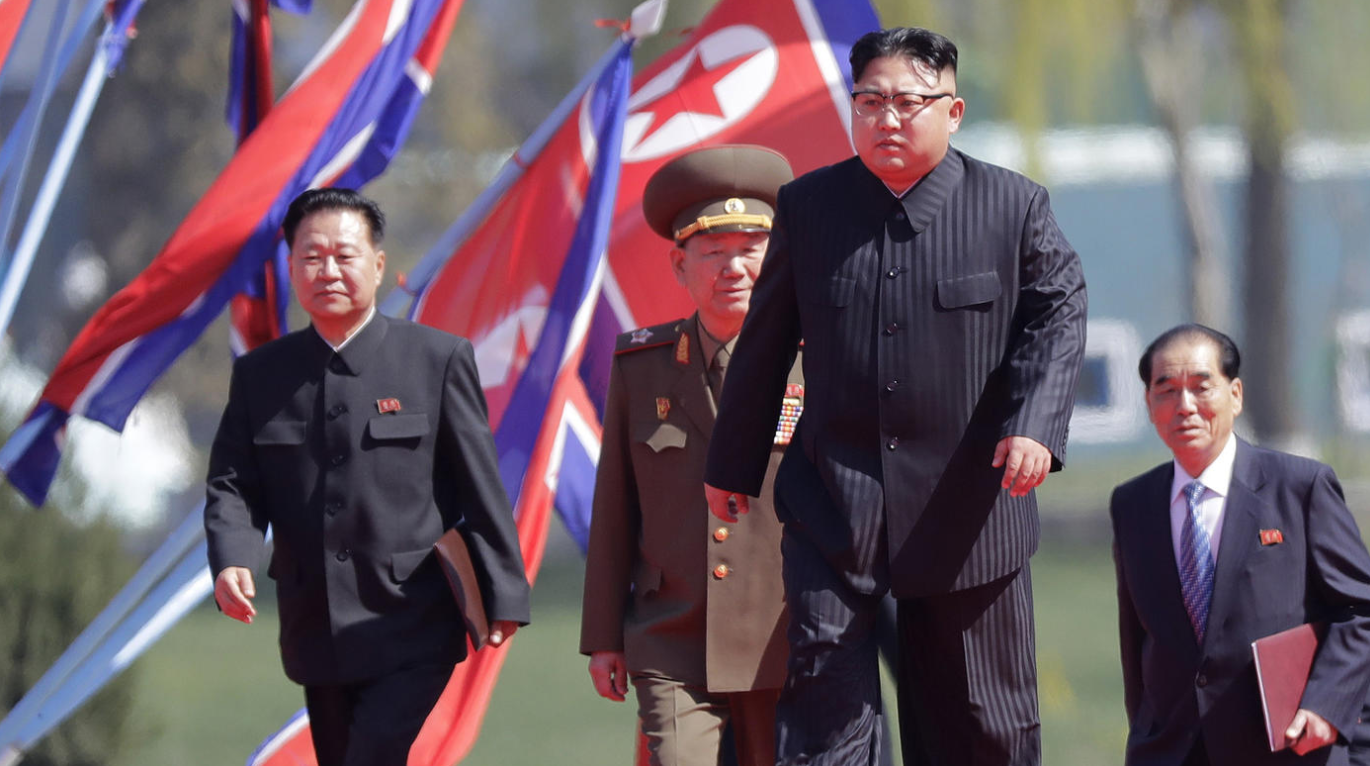 Those who try to deal with the endless threat represented by North Korea’s dangerous nuclear program inevitably discover that it’s like being trapped in a swamp without a discernible exit.

There's a grim reality: North Korea’s totally unpredictable leader Kim Jong-un continues to carry out nuclear weapons tests, including launching long-range missiles. These weapons would eventually be capable of reaching the West Coast of the United States as well as Canada, although Canada is an unlikely priority target.

The situation in North Korea under Kim Jong-un is confusing enough without having to consider what an erratic and dangerous leader like U.S. President Donald Trump might do to carry out his previous threats to take action against him.

Both of these individuals are totally unpredictable.

In recent days, Kim has pledged to react forcibly if attacked. He is quite prepared to attack anyone seen as a threat to his power.

In fact, he wasted no time at all in having his uncle by marriage executed on trumped up charges, including treason, because he was perceived as a potential threat to his total control over the inner power group in North Korea. And even though his half-brother really had no power base, except for the traditional respect given to senior family members within the ruling family, Kim had him assassinated in public.

Kim, like Trump, has a watermelon-sized ego and a sense of his unique abilities.

He is shrewdly playing a poker game with the development of North Korea’s nuclear weapons program and long range missile development. And in the past, South Korean governments have attempted to appease him with large-scale economic assistance, plus agricultural aid.

Even Kim’s fellow students in a private Swiss school have described him as someone who insists on following his own views regardless of what everyone else might think.

And now, the so-called 'civilized' world has to contend with an erratic egomaniac in the White House. President Trump is clearly prepared to prove he’s a take-charge leader who is not afraid to take bold measures to prove his macho credentials, as recently demonstrated in Syria and Afghanistan.

One can only hope that the new South Korean leader, as well as Japanese Prime Minister Shinzo Abe do not lose their own common sense on how to deal with Kim Jong-un.

Who knows what may happen under Trump, especially if he sees value in rallying the American population behind him. This is always an effective political tool, but it could be a disaster for everyone.

Regrettably, Kim Jong-un has continued to ignore threats from Trump, who promised even before his election to move decisively against North Korea if Kim doesn’t stop his nuclear program. It's a demand that has been made by the United Nations and many countries, including Japan and South Korea, both stationed uncomfortably close to waters used for North Korea’s missile tests.

An outbreak of hostilities in East Asia would have extremely serious trade and economic consequences for other countries, including Canada, which sees that region as a major factor in advancing Canadian trade and economic interests.

Any bellicose actions by Pyongyang cannot be totally ignored as North Korean regimes in the past have carried out a number of actions against neighbouring South Korea, whose capital, Seoul, is only minutes away from North Korea’s extremely large army and other military forces.

South Korea is also mindful that in the past, North Korea infiltrated a special commando unit to Seoul in a failed attempt to assassinate South Korean President Park Chung-hee (paradoxically, Park was later assassinated in 1979 by his own chief of intelligence and Park’s daughter was recently removed from power as president due to her alleged corruption).

Both South Korea and China have always been keenly aware that if North Korea were attacked, South Korea could expect immediate retaliation on a massive scale and both Seoul and Beijing could also suffer massive civilian casualties, in addition to countless Koreans fleeing for their lives across borders.

The prospect of an outpouring of refugees is the last thing South Korean authorities want to contemplate. In fact, South Korea’s relatively moderate President Kim Dae-jung was so determined to forestall friction between the two divided countries, he adopted a so-called “Sunshine Policy” towards North Korea and provided Pyongyang with economic aid, plus agricultural shipments during severe droughts in North Korea.

South Korea also organized a duty-free special manufacturing zone where North Korean workers were employed and the goods produced were shipped for export outside North Korea.

Despite those goodwill efforts, relations between the two Koreas have deteriorated in recent years.

Whether South Korea’s new president will adopt a more moderate and open policy towards North Korea remains to be seen.

As fate would have it, prospects for significant change and better relations between North and South Korea may now hinge on what the notoriously unpredictable and erratic Trump might do in coming days.

Trump says that after the visit to Florida by Chinese President Xi Jinping, he expects China to play a role in getting Pyongyang to end its nuclear weapons threat. Whether the Chinese will agree to pressure Kim is uncertain.

Ironically, the Chinese were in the awkward position of having to defend their significant trade relations with Pyongyang after it emerged that the trucks carrying North Korean missiles during a recent military parade in Pyongyang were manufactured in China, despite UN economic sanctions imposed against North Korea. About 80 per cent of North Korea’s export trade is reportedly with China despite the sanctions.

Unless there’s some unanticipated breakthrough in coming days regarding an end to the threat posed by North Korea’s nuclear weapons program, one of the few inducements for Kim to end — or at least mothball — the current nuclear weapons program would be some kind of non-aggression commitment involving the two Koreas, along with the United States, as well as Japan and other key countries. However, past American governments have not favoured this type of commitment.

Having admitted in his own best-selling book that any successful negotiator must find a mutually acceptable solution if both sides are to agree on a deal, Trump should remember his own advice when confronting North Korea’s unpredictable leader in coming days.

Editor's note: This article was updated at 8:25 p.m. on May 4, 2017 to correct that it was President Kim Dae-jung who adopted South Korea's "Sunshine policy."

— Harry Sterling, a former diplomat, is an Ottawa-based commentator. He served in South Korea.

A western ultimatum to Putin: Drop Assad, or remain a pariah